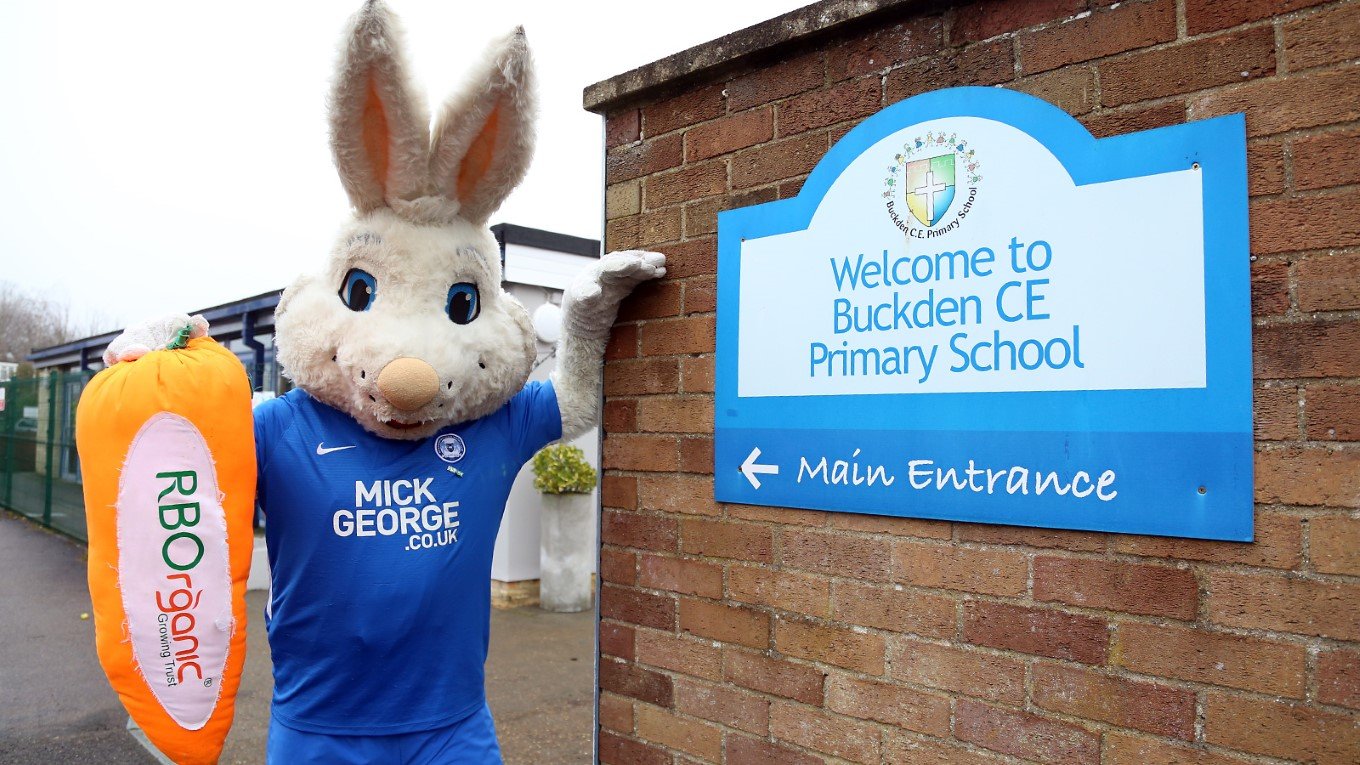 The Peterborough United Schools Initiative continued on Tuesday morning with a visit to Buckden Primary School and mascot Peter Burrow continued to be a hit with youngsters as he promoted forthcoming fixtures.

Every pupil at the school received a FREE ticket for a forthcoming game at the ABAX Stadium with an adult also admitted free of charge. Press Officer Phil Adlam said: “I would like to thank Buckden Primary School for allowing us to come in and put on an assembly for the youngsters. The kids were very enthusiastic and hopefully we will see many of them at the ABAX Stadium in future weeks.”