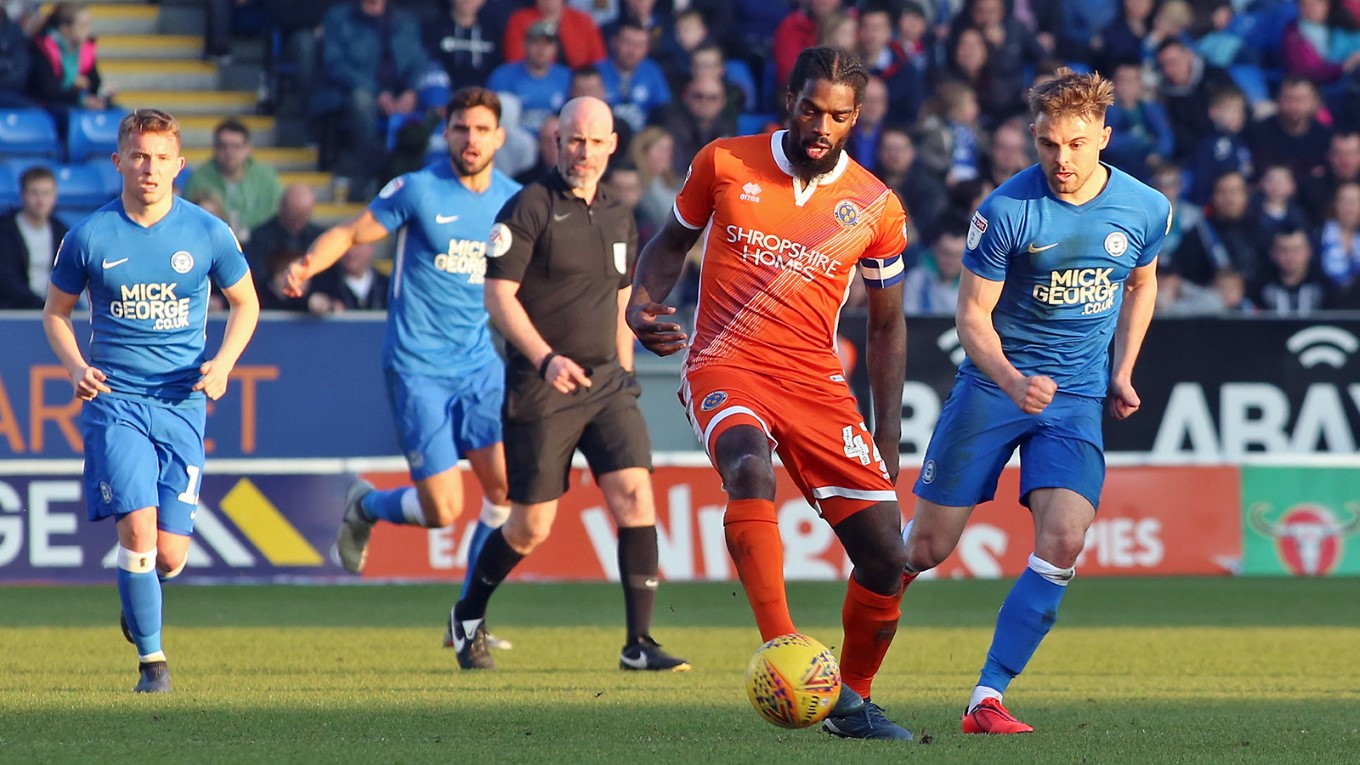 Shrewsbury Town come from behind to secure 2-1 victory against 10-man Posh.

Peterborough United failed to capitalise on last weekend’s victory at Oxford United as Shrewsbury Town recorded a 2-1 victory at the ABAX Stadium but yet again there were mitigating circumstances for Darren Ferguson’s men who lost striker Ivan Toney to a red card inside the opening half an hour of the game for deliberate handball.

Jason Naismith had given Posh the lead but the incident that led to Toney’s dismissal saw the visitors equalise and then Tyrese Campbell curled home what proved to be the winner. Shrewsbury had skipper Oliver Norburn sent off in the second half.

After a quiet opening, it was Posh who got themselves in front on 10 minutes as an in-swinging free-kick from Marcus Maddison was headed into the bottom corner under severe pressure from the defender by full-back Jason NAISMITH. It was the first goal of his Posh career after hitting the frame of the goal in last week’s 1-0 win at Oxford United.

Naismith volleyed over moments later from another sumptuous delivery from Maddison as Posh tried to extend their advantage. Joe Ward sent a long-range effort wide of the target on 16 minutes after some good play from the home side in possession.

Posh were reduced to 10-men on 28 minutes as Toney was sent-off for deliberate handball in the box. The resultant spot-kick was dispatched calmly by the skipper NORBURN. Darren Ferguson made an immediate change with Matt Godden replacing Tomlin.

The visitors got their noses in front on 36 minutes as quickly-taken free-kick was fed to on-loan Stoke front man CAMPBELL who swept the ball into the bottom corner via the inside of the far post. Tafazolli saw a header claimed by the keeper following an injury-time Maddison set-piece before the half time whistle was blown.

Dempsey tested Arnold with a header after excellent wing play from Ward as Posh tried to get themselves back into the contest kicking towards the Weston Homes London Road Terrace. Posh made their second change on 54 minutes with Louis Reed replacing Woodyard.

Norburn saw a shot from 25-yards go wide of the target on the hour mark after a sustained spell of Shrews pressure. Norburn was shown a second yellow card on 61 minutes for a foul on Ward as the final half an hour became 10-a-side.

Beckles was cautioned for a foul on Godden moments later as the home crowd got fully involved in the contest. Former Posh man Grant struck the outside of the post on 75 minutes as the visitors sensed a third goal on the counter attack.

Naismith was denied by the chest of Arnold after a Maddison free-kick was only half cleared at the other end. Maddison saw a floaty effort gathered by Arnold on 82 minutes before Posh made their final switch with Matt Stevens introduced.

Stevens fired over from 25-yards on the half volley after Beckles could only nod Maddison’s cross just outside the box. Tafazolli sent a late header straight at keeper Arnolds before the referee blew for full-time.