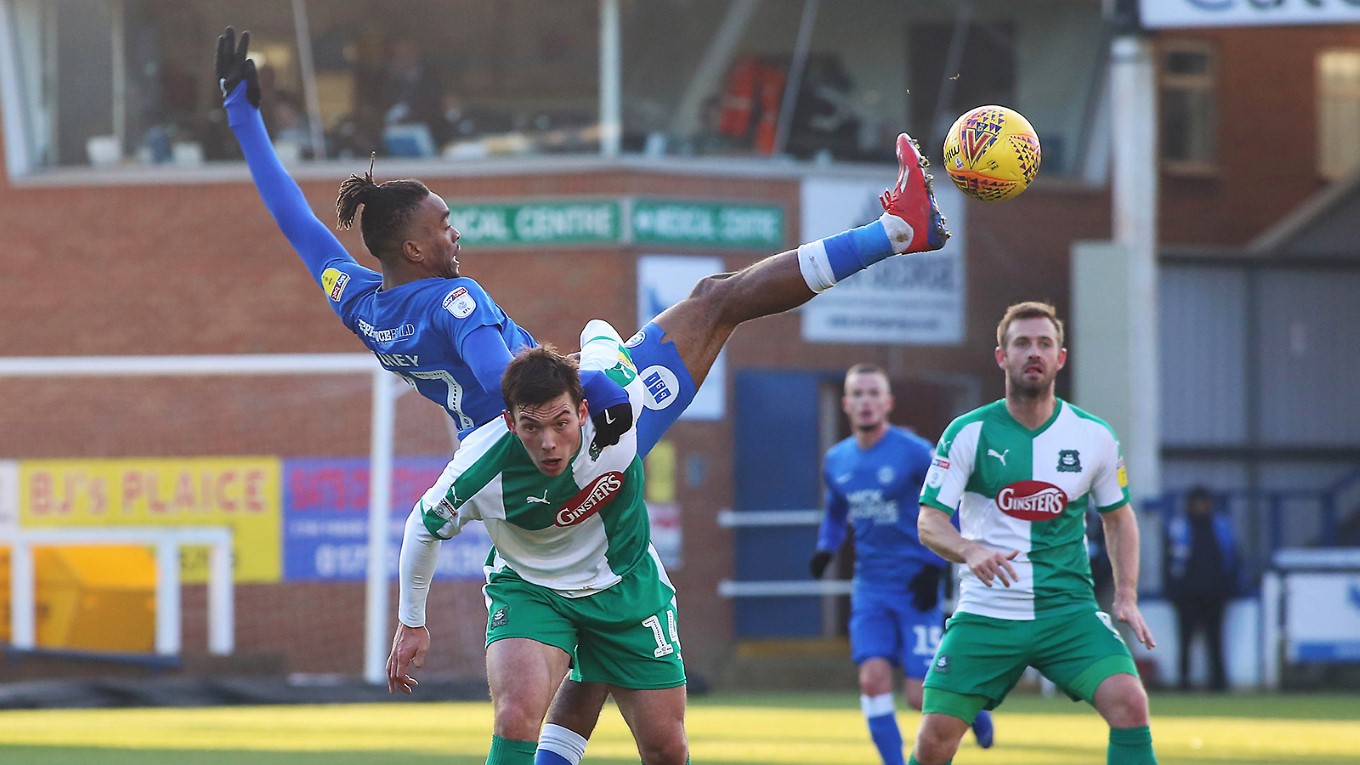 Peterborough United suffered a 1-0 defeat to Plymouth Argyle at the ABAX Stadium and had Lee Tomlin dismissed.

Peterborough United had Lee Tomlin sent off in first half stoppage time and conceded in the last five minutes to an excellent Ruben Lameiras effort at the ABAX Stadium as Plymouth Argyle recorded a 1-0 victory in Sky Bet League One.

Joe Ward flashed a shot from 30-yards wide of the target inside the opening five minutes after a superb back heel from Lee Tomlin created the space in the middle of the park. Ivan Toney curled a superb free-kick over the wall on 12 minutes, but keeper Kyle Letheren made a wonderful stop, tipping it around the post.

Dembele showed some neat touches on 25 minutes to cut inside onto his favoured right-foot but his shot from distance didn’t trouble the visiting shot-stopper. Dembele rounded Letheran on the half hour mark after racing onto a clever Tomlin pass, but he was running out of room and the angle was too tight to force his shot on target.

Tomlin fired well wide on the half volley on 41 minutes after a half-cleared corner from Dembele as Posh tried to find the breakthrough before the interval. Tomlin was booked a minute before the break for a frustrated tackle on Carey.

Ward saw a shot trickle past the far post in first half stoppage time after good link-up between Dembele and Toney. Tomlin was then dismissed by the referee for a second yellow card for pushing Edwards to the floor following an altercation.

Posh made a half-time change with Louis Reed replacing Dembele as Posh readied themselves for a second half with 10-men. Taylor looped a header over the bar from a Sawyer cross on 54 minutes while Ladapo powered a header over from a corner kick on the hour mark.

Smith-Brown finally became the first Plymouth player to be cautioned on 64 minutes for a blatant tug on Lafferty’s shirt. Canavan was cautioned for hacking down Toney on 73 minutes by referee Mr Wright. Dempsey headed over a Lafferty cut back on 78 minutes after fine wing play from Joe Ward on the right.

On 87 minutes, Plymouth broke the deadlock as Ruben LAMEIRAS fired into the corner of the net with his left-foot as Posh failed to clear. Posh huffed and puffed in the final few minutes but couldn’t find an equaliser.