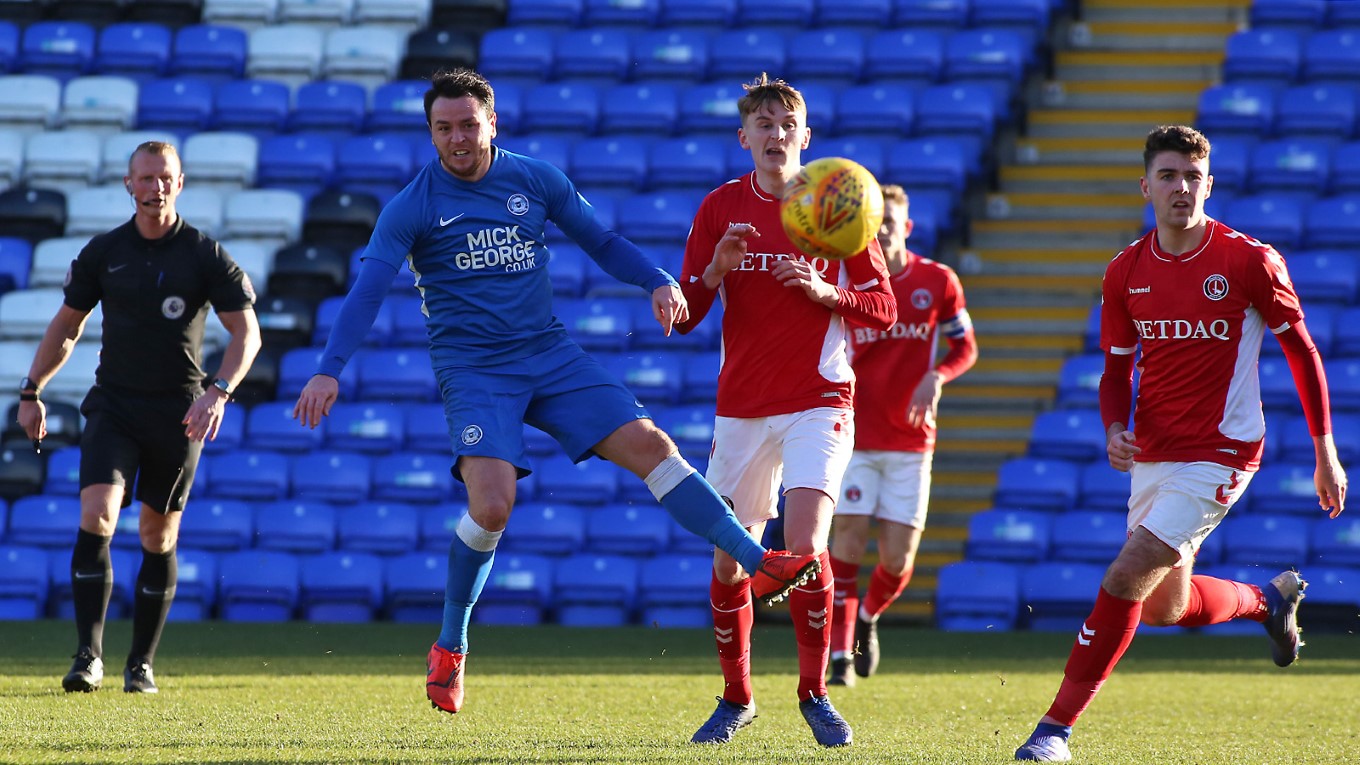 Posh beaten by Charlton Athletic at the ABAX Stadium in the Premier League Cup.

First half goals from Mikhail Kennedy and Ben Dempsey, and a late effort from Jamie Mascoll, were enough to consign a youthful Posh team to defeat in the Premier League Cup.

Charlton had the games’ first good chance, but Posh keeper Aaron Chapman got down well to tip Mascoll’s free kick around the post after four minutes. Kennedy threatened 15 minutes later for the Addicks, but his attempted lob landed just wide of the post.

Darren Lyon had Posh’s first decent chance on the half hour mark, but his left footed shot from the edge of the box was comfortably saved by Henry Newcombe in the Charlton goal.  The visitors took the lead after 40 minutes, when Kennedy found himself in the right place at the right time to score a tap in from six yards.

Dempsey extended the advantage four minutes later, when he capitalised on indecisive defending before placing his shot into the bottom corner from the edge of the box.  The Posh began the second half on the front foot and started to create chances. Harrison Burrows had the first of those, finding a yard to turn and shoot from the edge of box, but the effort was gathered by Newcombe.

Posh thought they had pulled a goal back just after the hour mark, when Morgan Penfold found the bottom corner, only to see his effort disallowed for offside.  Penfold threatened again as the game approached the final 15 minutes, but his shot flew high and wide of the Addicks goal.

Alfie Doughty then had the chance to further extend the Addicks lead, but he fired his shot narrowly wide.  They did eventually put the game beyond doubt through left back Mascoll, inside the final ten minutes of the game.

Posh almost pulled a goal back in stoppage time through Isaac Buckley-Ricketts, but he saw his volley fly wide of the Charlton goal.