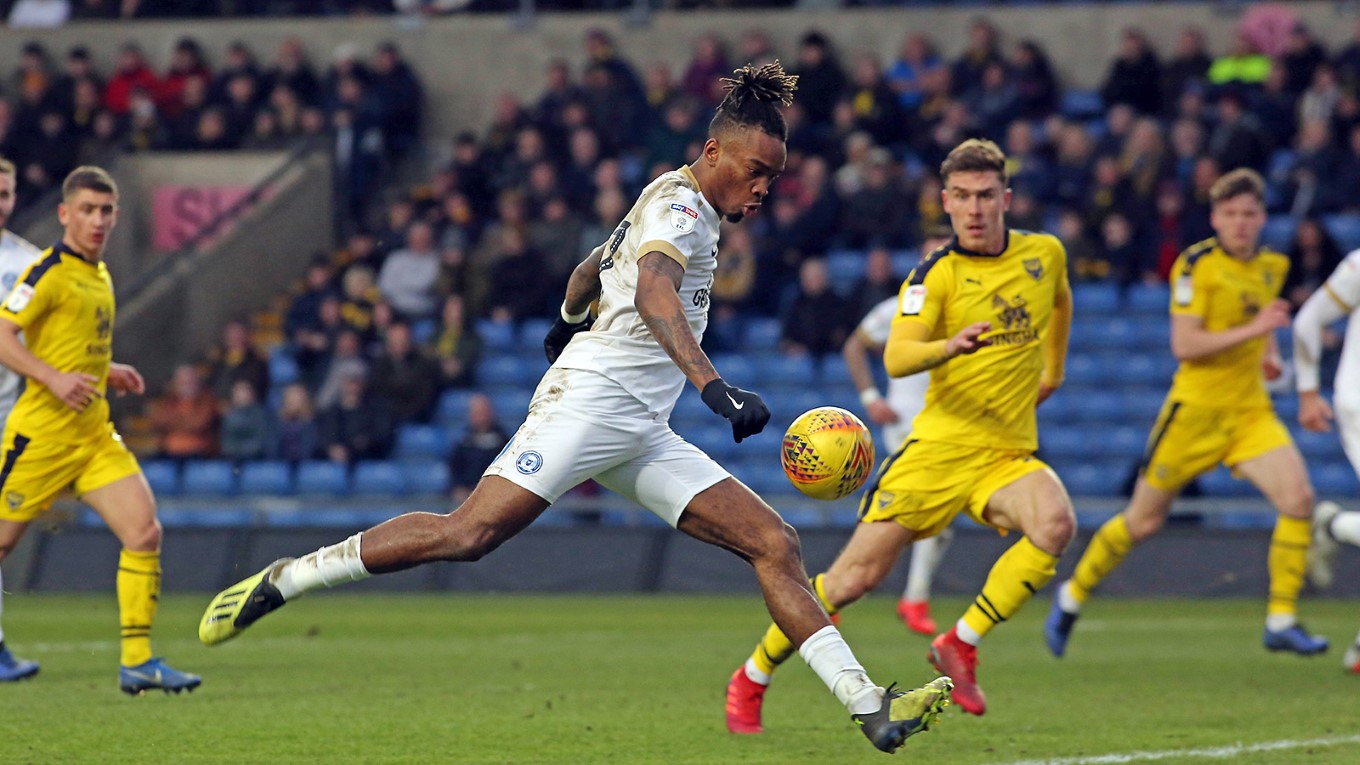 Peterborough United picked up three points at the Kassam Stadium as Ivan Toney took his tally for the season to 19 with a fine finish.

Peterborough United recorded their first victory under Darren Ferguson with a battling 1-0 away win at the Kassam Stadium against Karl Robinson’s Oxford United with Ivan Toney netting his 19th goal of the campaign in the second half of the contest.

Posh made a very bright start to the contest, winning a number of set-pieces inside the opening five minutes before full-back Jason Naismith struck the post with a powerful drive after an intelligent switch of play from Kyle Dempsey.

Ben White was cautioned for a tug on the shirt of Henry on seven minutes by referee Mr Joyce and from the resulting free-kick, James Henry struck the wall with a low set-piece. Cameron Brannagan saw a shot go wide of the near post on 10 minutes after the hosts made progress down the right.

Posh were forced into a change on 21 minutes with Ryan Tafazolli replacing the injured Josh Knight who saw his debut cut short in the first third of the game. Maddison was cautioned for a dive on 35 minutes by referee Mr Joyce who perceived he had tried to elaborate a fall, in truth, he was just fouled, end of.

Toney headed a teasing Maddison free-kick wide of the target on 38 minutes after Cooper had been upended in a wide area. O’Malley did well to keep out a fierce Brannagan effort on 44 minutes before bouncing up to retrieve Lafferty’s knock-back.

Hanson was cautioned for a bad foul on Dempsey moments after the re-start as Posh won an early free-kick at the beginning of the second half. Cooper sent the resulting set-piece wide of the near post from 25-yards with his left-foot.

Posh made a second change just before the hour mark with Lee Tomlin replacing Cooper. Hanson saw a low drive pushed away by O’Malley on 63 minutes as Oxford began to press. Dickie was booked for a foul on Maddison on 69 minutes.

Lafferty limped out of the action on 70 minutes with Rhys Bennett his replacement. The deadlock was broken on 75 minutes as a clever free-kick from Maddison picked out TONEY and he made no mistake, firing into the bottom corner with his right-foot. Woodyard was cautioned for a foul on 80 minutes.

Six minutes of added time was indicated by the fourth official. Mackie was cautioned for an off the ball incident three minutes into injury time.