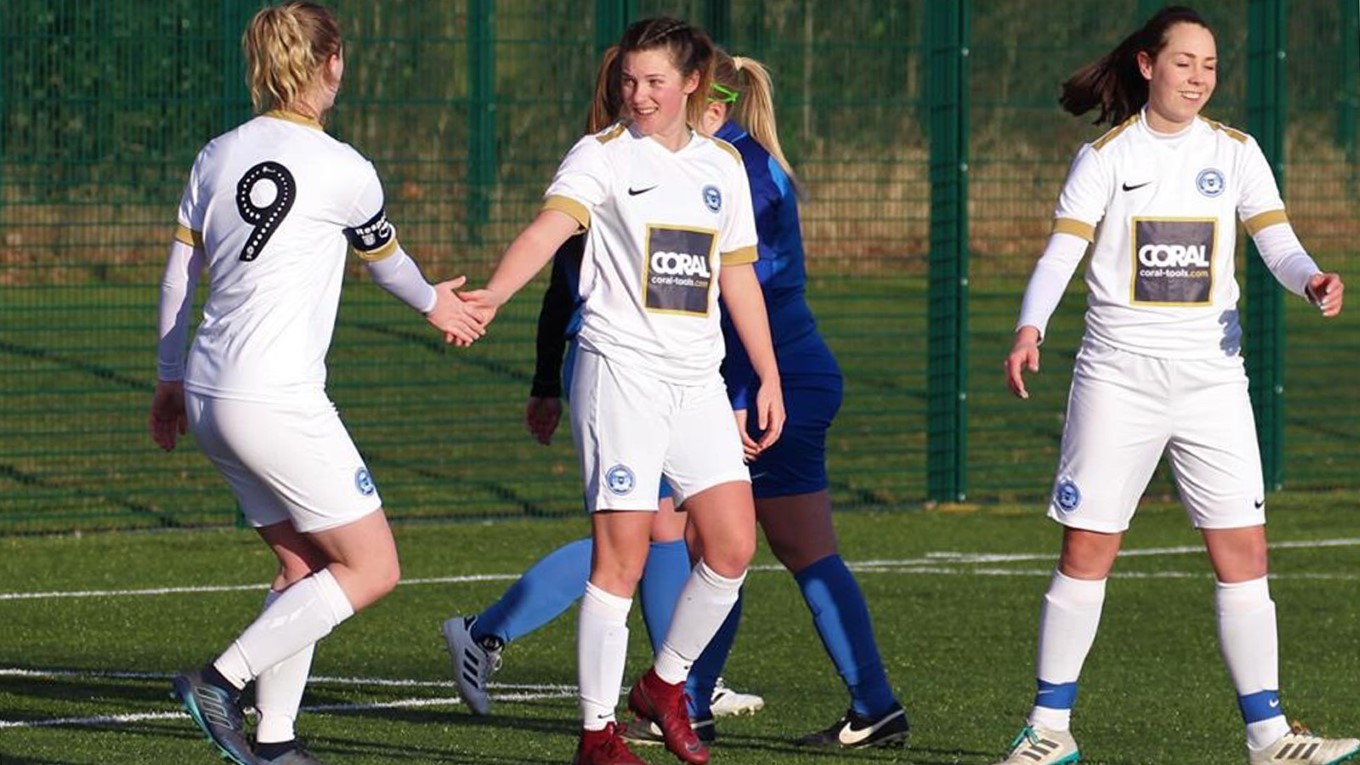 Jess Driscoll scored a fine treble as the Posh Ladies recorded an emphatic 5-0 away victory.

Peterborough United Ladies returned to action, after a two-week fixture break with an important 5-0 away league victory at the expense of Leicester City Ladies. Posh started slowly and struggled to find any real momentum for large spells of the first half. They persevered and on the half hour mark broke the deadlock - Stacey McConville’s perfectly executed free kick was met by the head of Jess Driscoll.

The second half was a more familiar performance from Posh and five minutes after the break Driscoll doubled her tally for the afternoon to put Posh 2-0 up. Driscoll winning a penalty and then stepping up to slot home from the penalty spot.

Driscoll turned provider for the third of the game, latching onto a through ball, she squared the ball across the six-yard box for striker Donna McGuigan to finish from close range. Driscoll completed her hat trick in the 65th minute with another fine finish and Posh captain Keir Perkins rounded off the win with a composed driven strike.

Posh now turn their attentions to the county cup semi-final on Sunday.