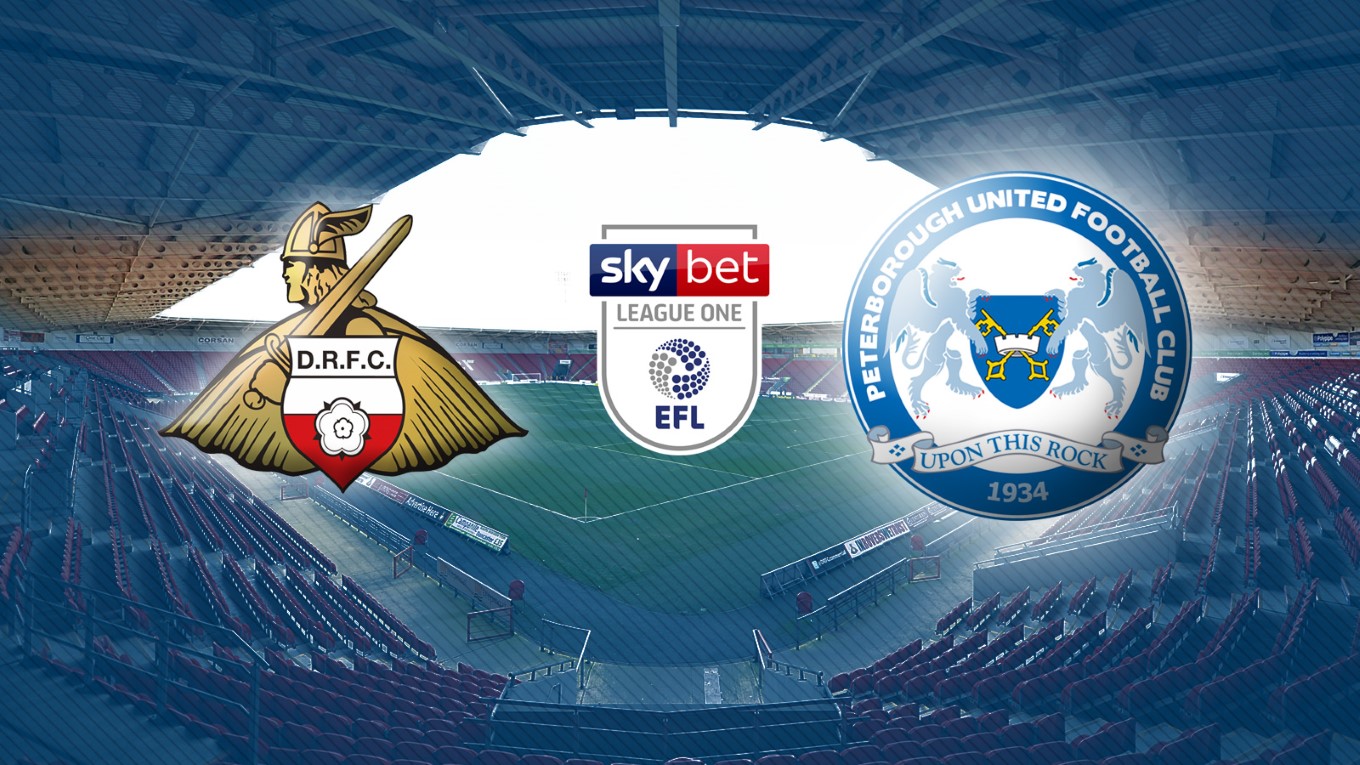 Peterborough United travel to the Keepmoat Stadium to face Doncaster Rovers in Sky Bet League One.

Peterborough United make the trip to Doncaster Rovers on Saturday (3pm) in Sky Bet League One action and there are more than a view links between the two clubs and not just because of the relevant positions in the table.

Posh welcome back central defender Ryan Tafazolli who has completed his three-match suspension. Lee Tomlin is unavailable as he serves a one-match ban. Daniel Lafferty and Siriki Dembele are both major doubts. Lafferty has a hamstring problem whereas Dembele has been sent for a second scan on a knee injury.

Doncaster have no fresh injury worries to contend with following their last fixture but Rowe is still on the sidelines. He has stepped his recovery from injury by featuring in a number of under 23 fixtures.

“Doncaster are a good club. They have some good people there and it is no surprise to me that they are challenging at the top end of the division. They have kept a lot of their players together for a long time. I am looking forward to the game. It is not going to determine the season by a long way, but it is a big game because of where the respective clubs are in the table,” Darren Ferguson said.

“I probably played my best football of my career under Darren when he came to Peterborough. And he had a huge part to play in my coaching as well, putting me in to coach the under 15s as part of the last contract that I signed at Peterborough. I’ve got nothing but respect for Darren and Gavin Strachan (the new Posh coach). It’s nice to see them back in football and I hope they do well for Peterborough - after Saturday,” Grant McCann said.

The game is not all-ticket and fans can purchase a ticket at the Keepmoat Stadium on the day of the game. Tickets are on sale until 1pm on Friday at the ABAX Stadium, via the Ticketmaster hotline 0844 847 1934 (calls cost 7ppm plus your network access fee) and online at www.theposhtickets.com.

As of 2pm on Thursday, Posh had sold 1,376 tickets for the fixture.