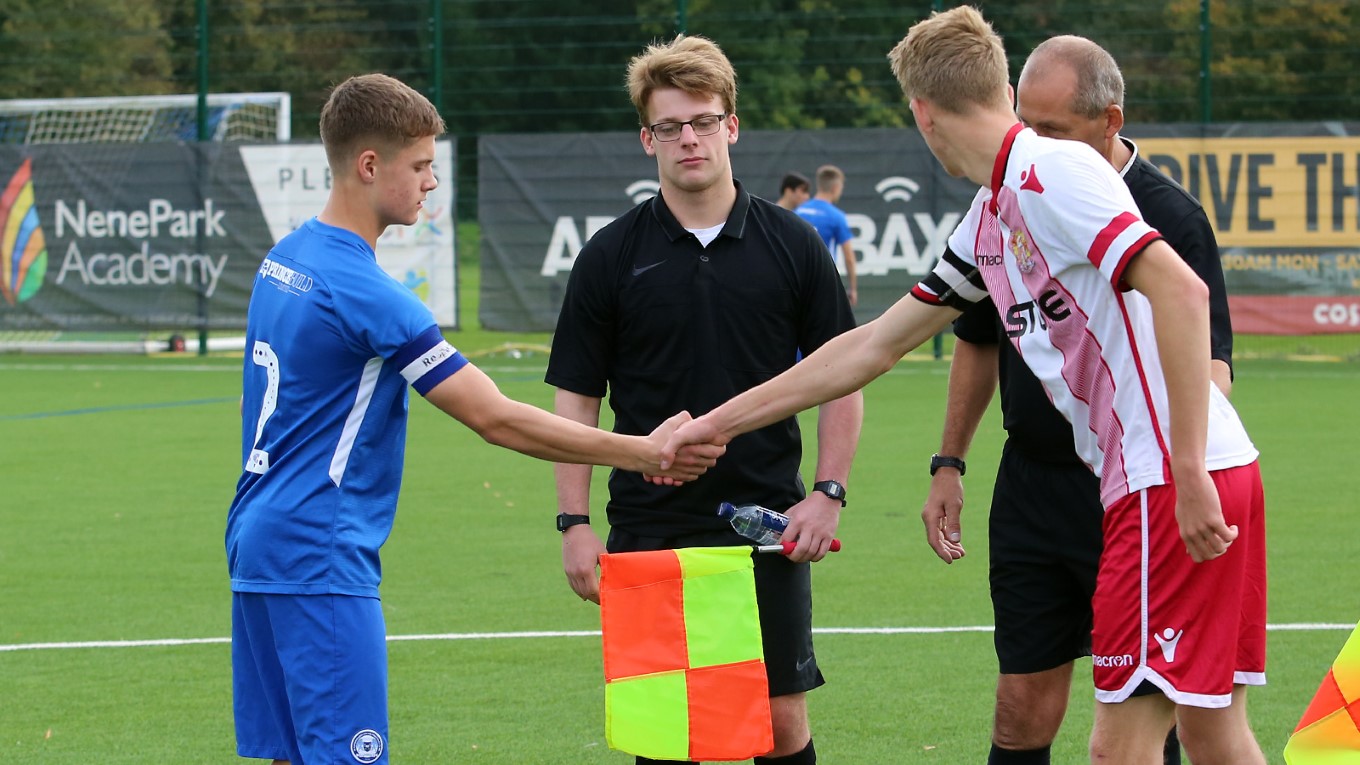 Latest update from the Scholarship programme as Posh and Stevenage share the spoils.

On Wednesday 13th February, the Posh Scholarship travelled to Stevenage to play against the league leaders in the Community and Education Football Alliance Division 1.

Posh started the game really well and created chances to take the lead through Bayly, Munns and Cook. Despite frustrating Stevenage for most of the first half Posh were unlucky to find themselves 2-0 down after two quick-fire goals from the league leaders. Regardless of the setback, Posh showed good resilience to stay in the game and came in at half time with real belief.

After the break Posh showed good desire and determination to get something out of the game and soon pegged one back after a well worked move ended with Bayly heading in a pinpoint Goymour cross. With the momentum on their side Posh managed to score an equaliser after a Cook through ball allowed Munns to finish cooly past the keeper. With the game in the balance, both teams were working hard to score a winner in the dying stages of the game and Baranowicz had to produce a great 1v1 save to deny Stevenage. A thrilling game finished with both teams sharing a point.

Posh will look to extend on this fantastic result in two weeks’ time when they are back in action.