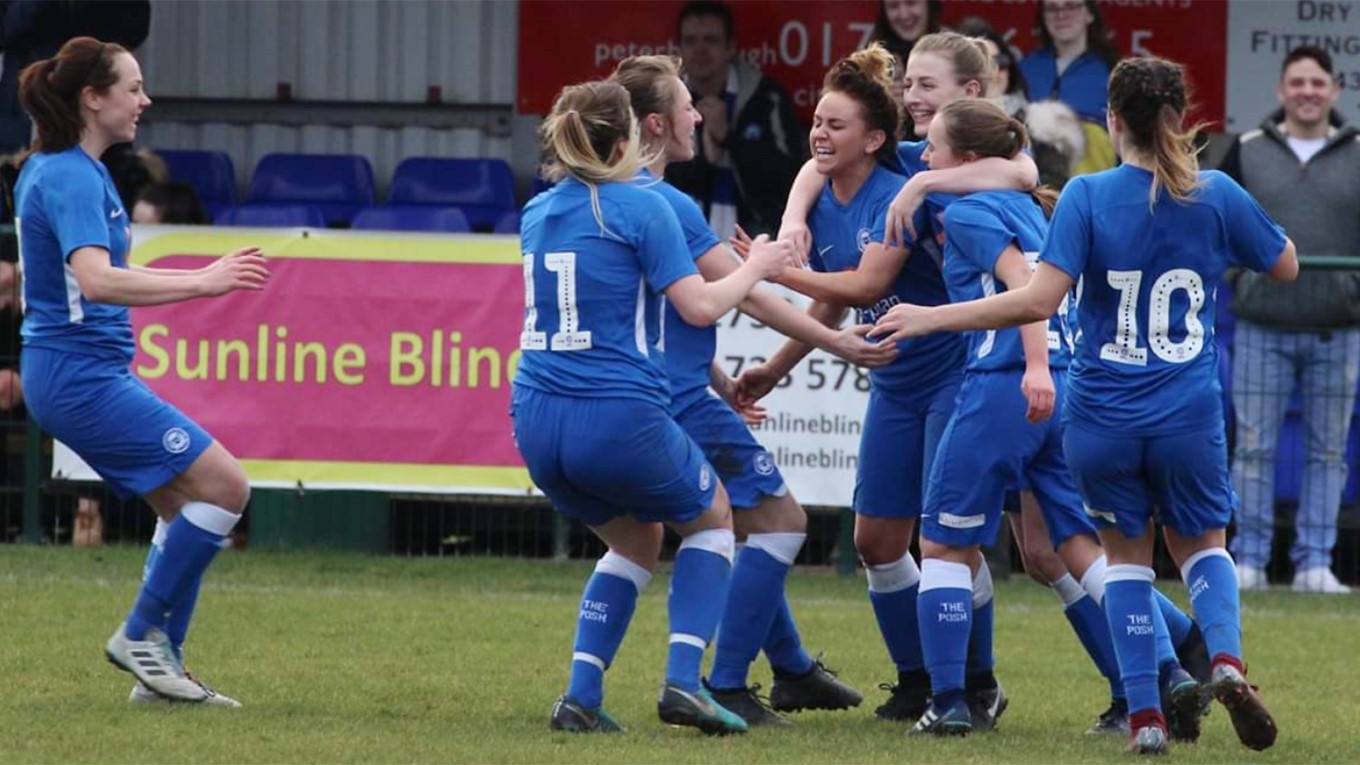 The Peterborough United Ladies came from behind to record an impressive 2-1 victory at PNS on Sunday to move into the final of the County Cup.

Peterborough United Ladies have progressed into the Northamptonshire FA Women’s Cup final after they came from behind to score two late goals against Peterborough Northern Star Ladies.

Posh started brightly but fell behind in the 15th minute after a mistakenly assumed offside decision. Posh continued to play some attractive football with Stacey McConville and Hannah Pendred at the heart of the creativity however as half time approached PNS still retained the one goal lead.

The second half saw Posh continue to probe and force the play against their opponents but PNS held firm. That was until Keir Perkins was fouled in the penalty box in the 77th minute and the referee immediately pointed to the spot. Jess Driscoll made no mistake and converted the resulting penalty to make it 1-1. The momentum seemed to have fully shifted in the favour of Posh and five minutes later, Driscoll turned provider. She squared the ball across the 18-yard box to Donna McGuigan who calmly slotted the ball into the net to make it 2-1 and secure the win for Posh.

Posh await confirmation of the date of the cup final, where they will face Kettering Town.