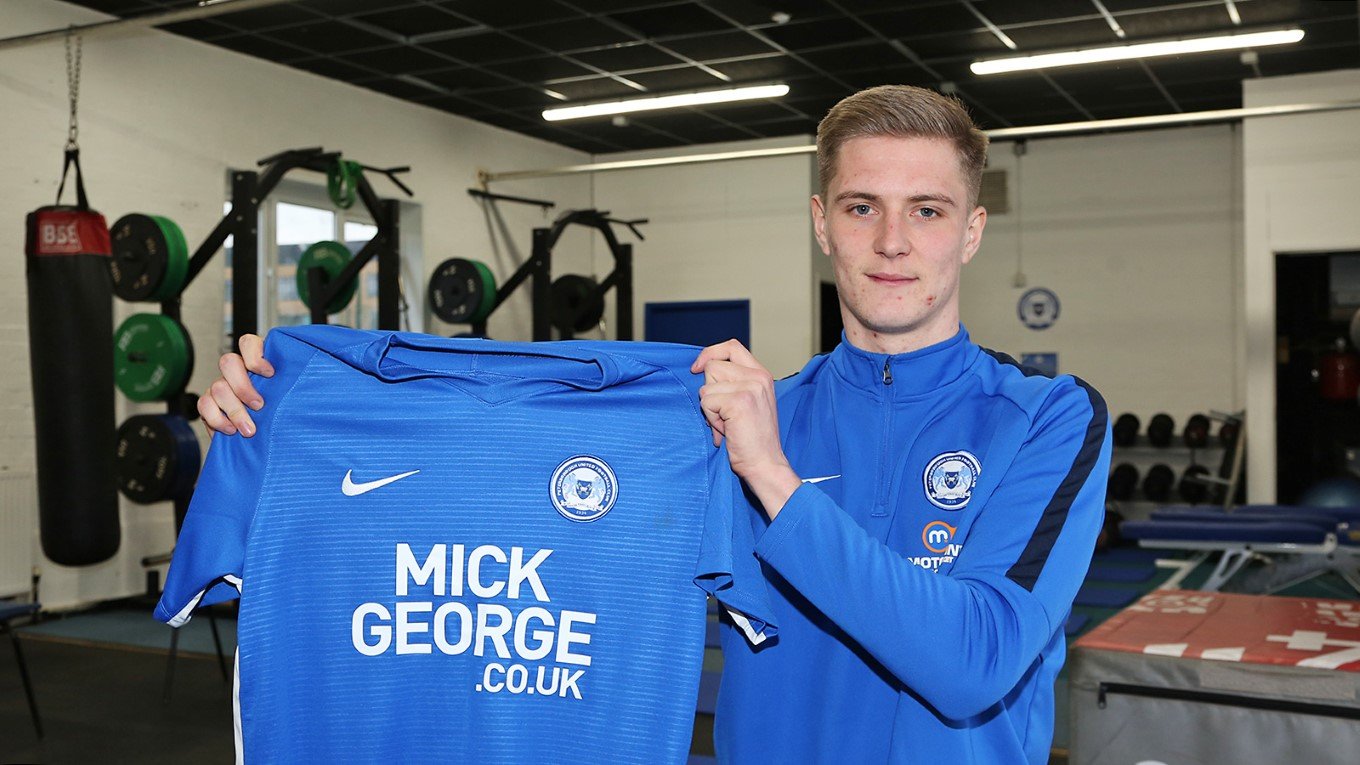 Knight Ready For The Challenge

Josh Knight believes he is ready to make the step up from under 23s football to competitive men’s football after joining from Leicester City.

Peterborough United completed the signing of Leicester City centre half Josh Knight ahead of the transfer deadline on Thursday and he met his new team-mates for the first time at the Mick George Training Academy on Friday morning.

The defender, who has made his first loan move away from the King Power Stadium, is looking forward to getting stuck into the challenge of League One football and has already spent time discussing the future with fellow centre back Ben White who has made a similar move from under 23 football to the rigours of the EFL.

“I have had a few chats with Ben since I arrived. I have played against him quite a few times over the last few years in under 23 football. I am looking forward to the challenge and really pleased to be signing for a club that are in such a good position in the league. I am sure it will be an exciting end to the season and I want to play a part in that.

“It has been a busy 24 hours for me. I have been with Leicester since I was eight-years-old. I used to play in midfield but over the last few years I have become a central defender, but I can play anywhere across the back four. I think it is time to play men’s football now. I have played a lot of under 23 football, but it is not the same.

“I think I am ready to make the step and I am looking forward to the challenge that I have in front of me. Leicester have been great with me and now it is down to me to go and play and get experience under my belt.

“I like to think that I am a comfortable ball-playing centre back. I like to come out of defence and link play and I know that is the way the gaffer wants to play. It is straight into training and trying to impress the manager,” Knight said.

Knight could well make his Posh debut against Plymouth Argyle on Saturday at the ABAX Stadium. Tickets are available at www.theposhtickets.com, via the Ticketmaster hotline 0844 847 1934 (calls cost 7ppm plus your network access fee) and in person at the ABAX Stadium Box Office.