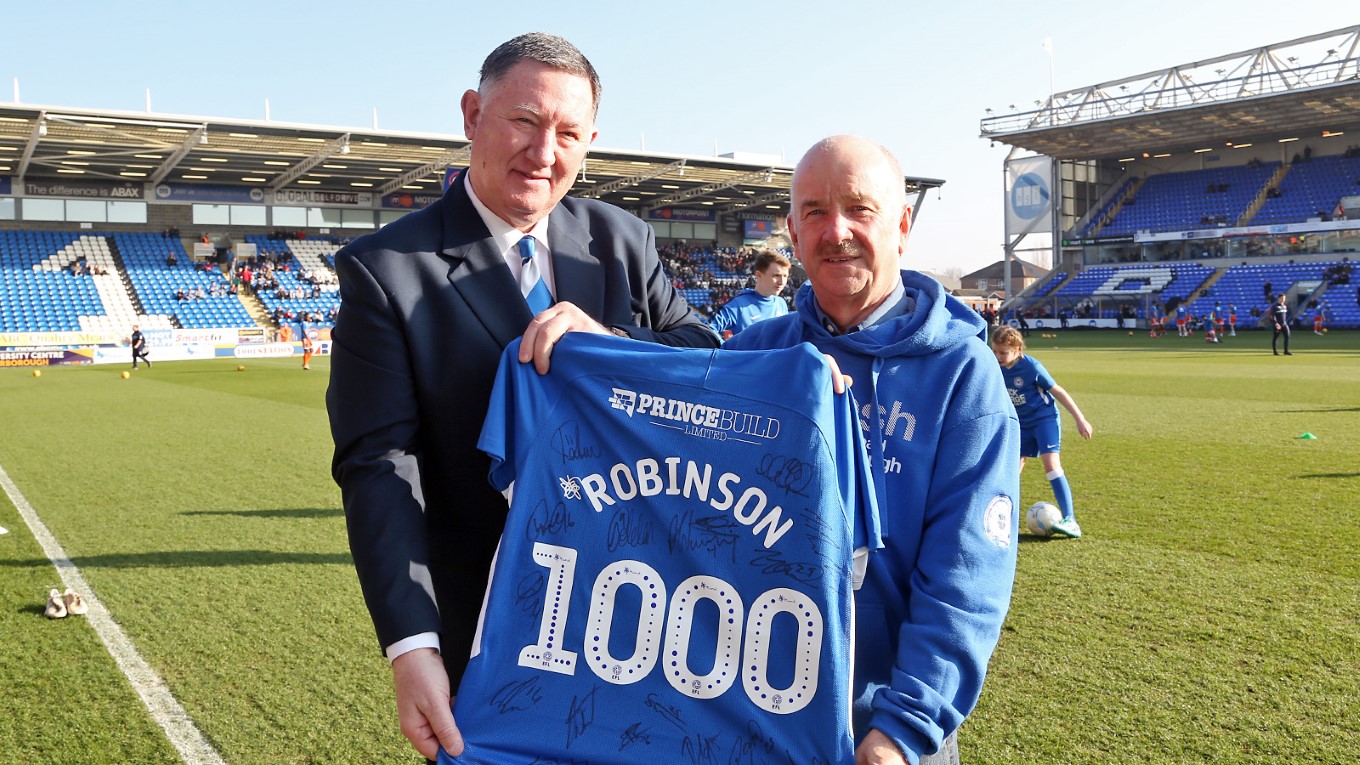 Ahead of Saturday’s Sky Bet League One clash with Shrewsbury Town, the club made a presentation to Mick Robinson for reaching 1,000 successive Posh games.

The travelling involved in supporting your favourite football club is long and can be difficult at times so to reach a milestone of 1,000 consecutive fixtures watching any football club is an incredible achievement.

On Saturday, club statistician Mick Robinson clocked up his 1,000th Peterborough United match in a row and when you consider that this season, Posh have had journey’s to Exeter City, Plymouth Argyle, Portsmouth and Sunderland, the applause for reaching that milestone should be huge.

Mick last missed a Posh game in 1997, a 1-0 victory at Brentford in a game that Matthew Etherington, now under 18s boss, made his league debut. During the astonishing run, he has visited 110 stadiums aside from the ABAX Stadium and there have been 14 manager changes, 375 different players have been named on the team-sheet and four promotions (and three relegations) have been on his record.

Mick has actually only missed two home games since September 1974 and his extensive Posh knowledge has seen him co-author two books on the history of the club as well as writing a page in the match day programme. He is keen to add to his collection of Posh memorabilia and if you think you can help, email Posh1934@sky.com or call 07487 329028.