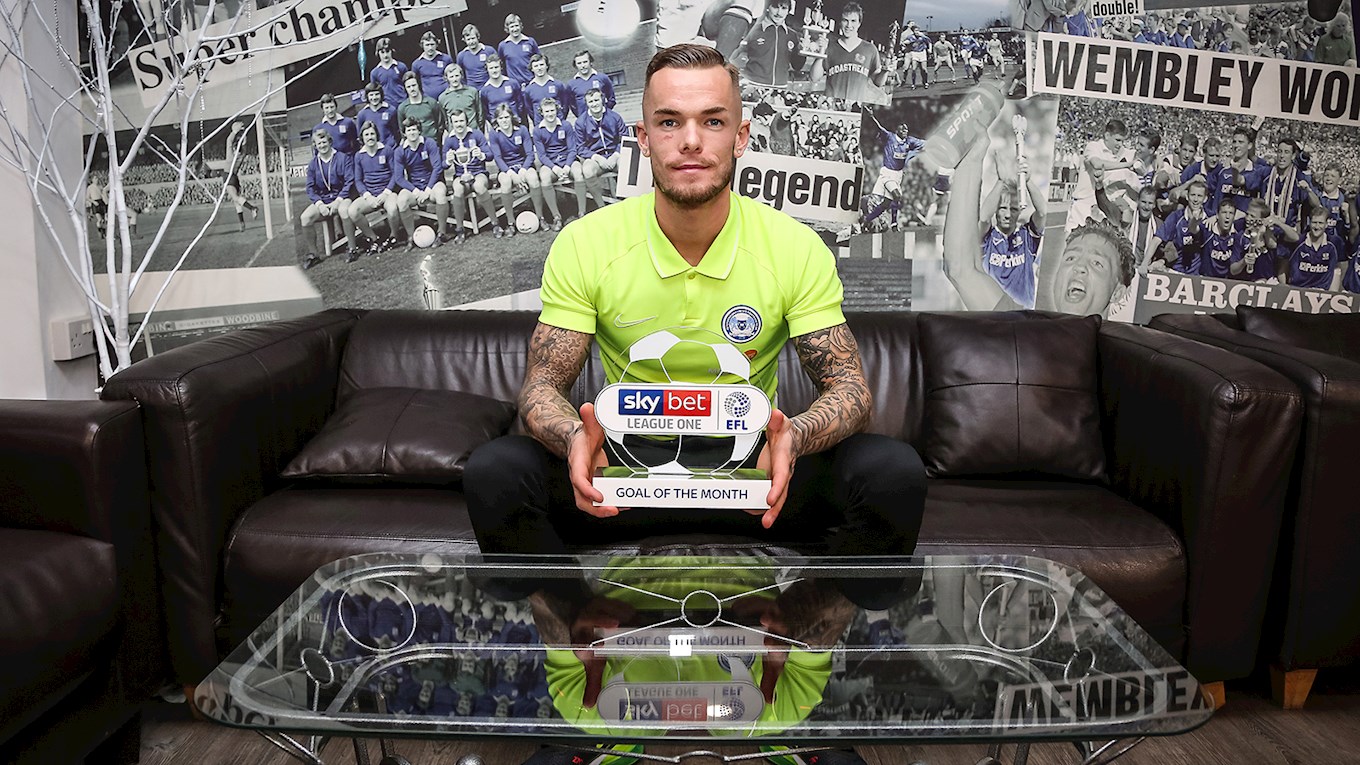 Peterborough United midfielder Joe Ward is the Sky Bet League One Goal of the Month winner for October, receiving 46% of the public vote.

Ward takes the award for the second successive month, this time with an injury-time winner as he took it upon himself to drive a rising shot from distance into the roof of the net.

Ward said: “It is great to have won the Goal of the Month for the second successive month. This particular goal was a special one, probably my favourite, not just because of the strike but the fact it won us the three points so late in the game. It sat up lovely for me and it was special seeing it rifle into the top corner.”

Lead Sky Bet EFL Goal of the Month judge and Sky Sports Pundit Don Goodman said: “It’s extremely unusual for a player to be nominated in back-to-back months, but It was impossible to leave out Joe Ward again after his match-winning thunderbolt that almost tore the net from the goal posts such was the power it was struck with.

“It had been an evenly balanced encounter with a both sides limited to few clear-cut chances, but Ward’s effort was the difference and brought an end to a spirited resistance from Kieran O’Hara in the Burton net – it was a strike fit to win any game.”