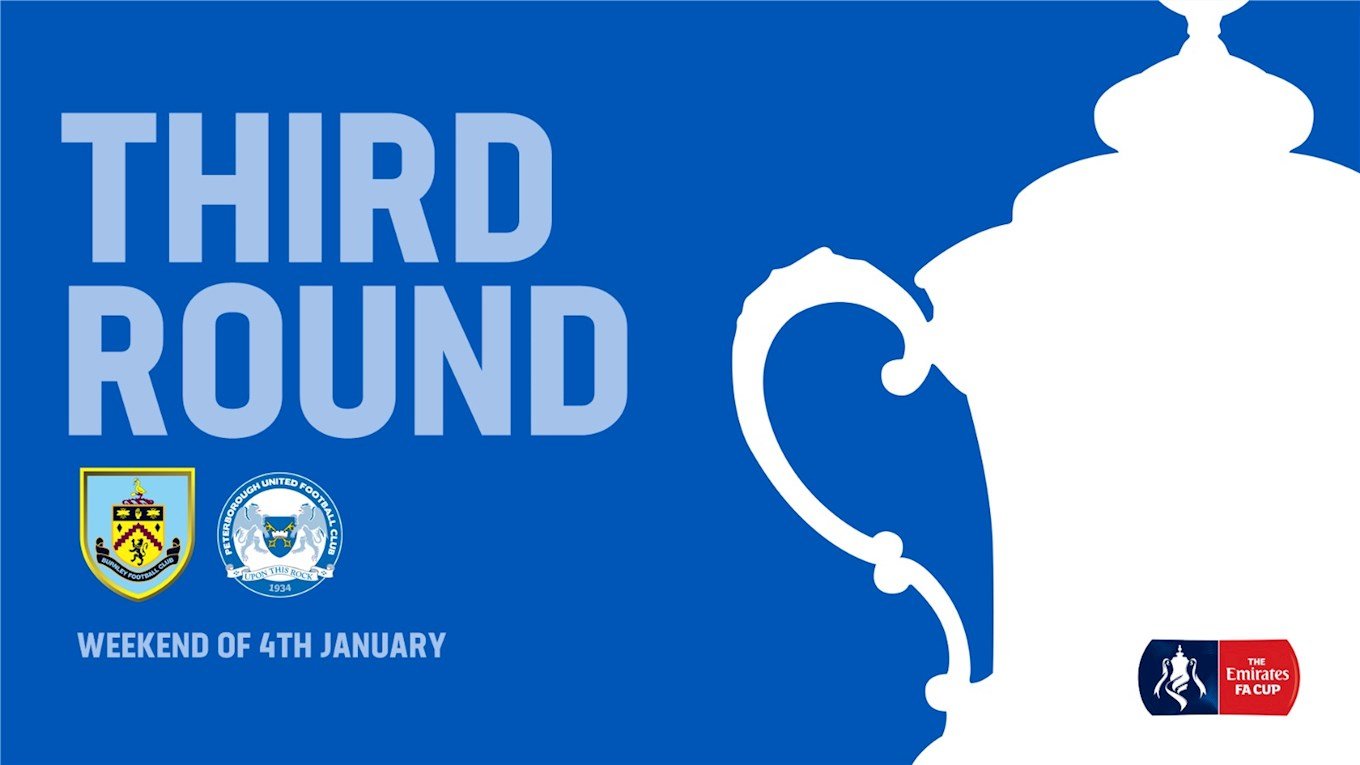 Posh Set For Trip To Burnley In Cup

Darren Ferguson’s men will travel to Burnley in the third round of the FA Cup.

Peterborough United will travel to Premier League side Burnley in the third round of the Emirates FA Cup following the draw this evening, with the tie set to take place over the weekend of the 4th January 2020.

Sean Dyche’s men currently sit in 10th position in the Premier League, level on points with Manchester United. Manager Darren Ferguson was pleased with the draw and believes it will be a good opportunity for the players to come up against an established top level side.

“It is a great draw in my opinion. I have to be honest, I thought I had cursed it because I said after the game on Sunday that we would get Blackburn away as we seem to follow Tony Mowbray about and they were one of four teams left in the draw!

George Boyd, who spent three years at Turf Moor, making over 115 appearances for the Clarets was delighted with the draw. “I was gutted I didn’t get the chance to play against another former side Stevenage in the first round, so it will be great to go back to Burnley in the third round. It is a great draw and me and the family are all looking forward to it.”

Full details of when the tie will take place and ticketing arrangements will follow shortly.