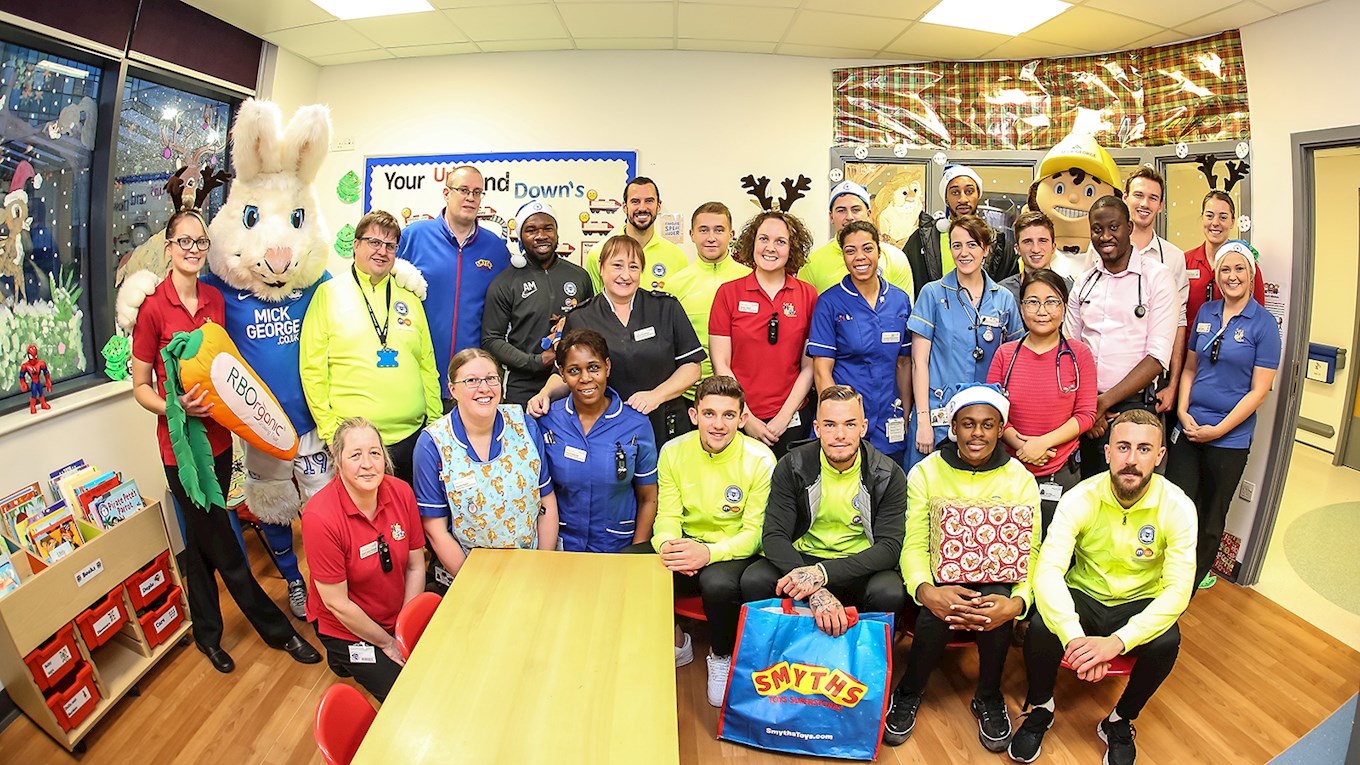 A number of Posh players spent time delivering presents to children at the City Hospital on Thursday afternoon.

Members of the Peterborough United squad and management were joined by mascots Peter Burrow and Mick the Skip, as well as club personnel and Smyths Toys Store Manager Storm Woodley at the annual visit to the Amazon Children’s Ward at the Peterborough City Hospital on Thursday afternoon.

Smyths Toys kindly donated the presents this year with store manager Storm Woodley seeing first-hand the impact they had on the recipients. “We have been working with the football club on a number of projects including Peter’s Burrow, so it was a no-brainer to get involved and help on a visit like this by providing the presents from Smyths Toys.

“It was rewarding seeing the faces of the children when the players arrived on the ward. You really do see the impact the football club has on the community and it was a privilege to be able to witness that first hand.”

Mclean, who as a player was a regular visitor to the hospital at this time of year, said: “It is vitally important that the football club continues to be at the heart of the community and visits like this are very humbling. It is great to be able to come and put a few smiles on faces at a difficult time of year, not just for the children on the ward but also for their families too,” Mclean said.

Press Officer and organiser Phil Adlam said: “We have been visiting the Amazon Ward, both here and at the previous site for quite a number of years now and it is always something that will happen while I am connected with the football club. Every year, it is a rewarding experience to see the impact the players and the mascots have on this visit.

“It was great to be joined by Storm and we thank him and his team at Smyths Toys for their support not just for this visit but throughout the year. Finally, a big thank you to the team at the Amazon Ward, the staff there do a tremendous job all-year round, we only see a snippet of that hard work but they are a credit to themselves and the profession for the way they look after the patients.”