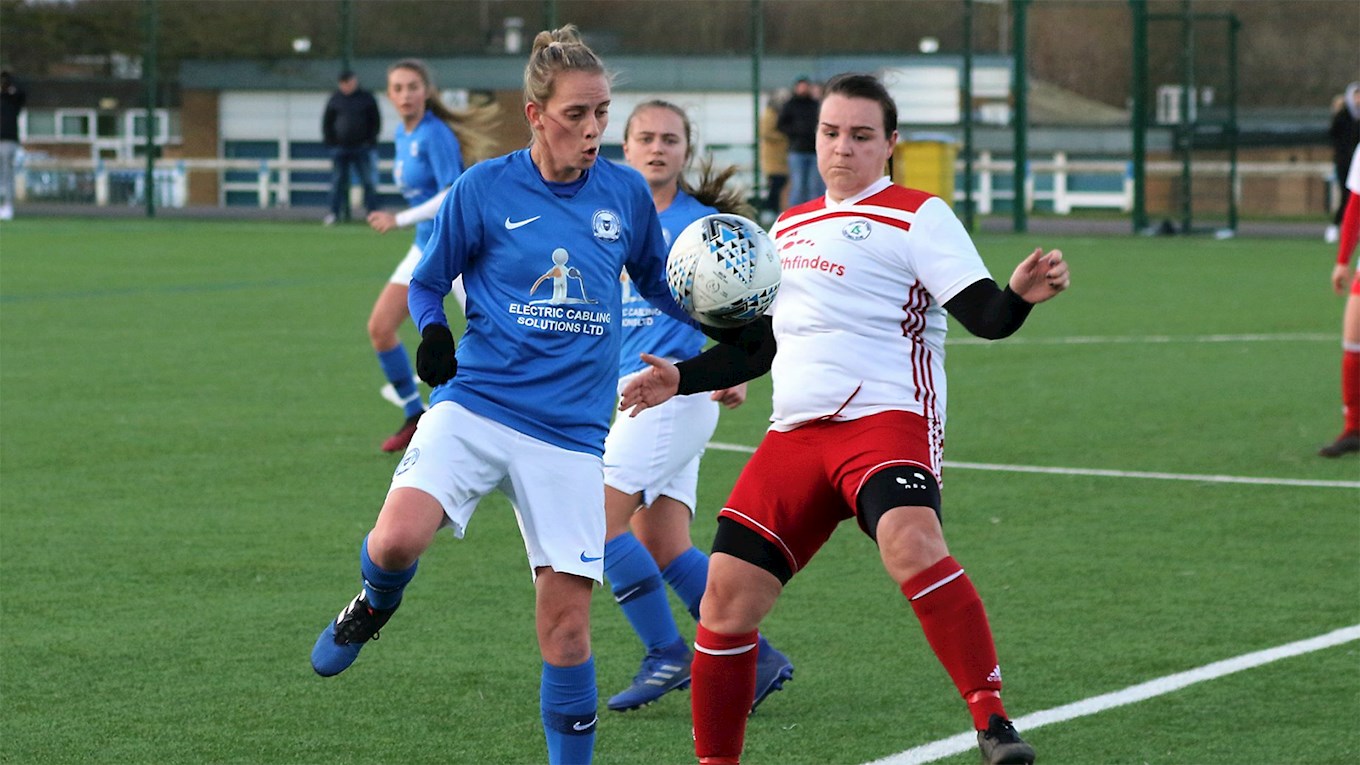 Posh Ladies record 4-2 victory to maintain their advantage at the top of the table.

Posh played some excellent football throughout the first half, but had to be patient for their first goal. In form Hannah Pendred broke the deadlock in the 21st minute, when she arrived at the back post to convert a trademark Keir Perkins cross.

Posh continued to probe and doubled their lead ten minutes later after Donna McGuigan was fouled inside the Ollerton penalty area. McGuigan stepped up and smashed the ball into the top right corner of the goal, from the resulting penalty. 2-0 Posh. Ollerton pulled a goal back just before half-time.

Pendred settled the early nerves in the second half with her second of the game, just five minutes into the second half after some excellent link up play with McGuigan. 3-1 Posh. But it was Ollerton who once again pulled a goal back to make it 3-2 and set up a close finish to the game. Both sides had chances to score and as Posh pushed in search of their fourth, an own goal from an Ollerton defender in the 89th minute sealed the points for Posh.

Posh return to action in the New Year, with a league fixture scheduled away to Oughtibridge WM on Sunday 5th January 2020.

Player of the Match: Hannah Pendred.