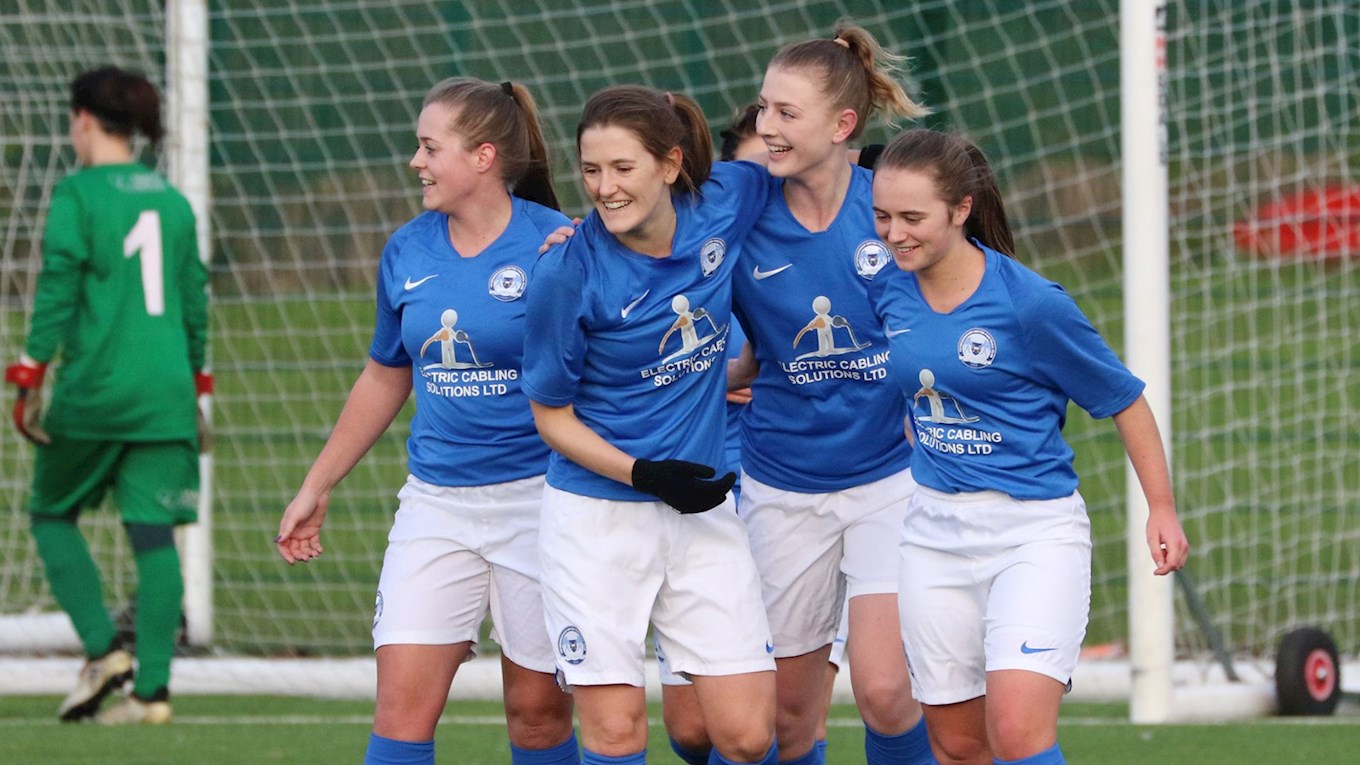 Peterborough United Ladies progressed through to the next round of the league cup with a comfortable 5-1 victory over Northampton Town.

Posh started the brighter of the two sides but were unable to inspire any clear cut chances. It took until the 25th minute for Posh to open the scoring when skipper Keir Perkins determination and harrowing of the Northampton defence paid dividend. She won the ball back inside the Northampton penalty area and smash home to make it 1-0.

Megan Parrett made it 2-0 ten minutes later, again forcing the error from the Northampton defender. Parrett drove into the box and finished with a top corner finish. Northampton seemed to spark into a rhythm having gone 2-0 down and they were rewarded for their efforts when they pulled a goal back just before half time, with a well executed 25-yard free kick. 2-1 Posh at the break.

Posh seemed more clinical in the second half and played with more purpose in the final third. Hannah Pendred finished well to score the third of the game after 51 minutes. Posh scored their fourth in the 68th minute thanks to player of the match Amy Challis, Leah Crawford slotting Challis through and Challis finishing low and hard across the Northampton keeper.

Posh scored their fifth and final goal of the game when Pendred was deemed to have been fouled in the box, she stepped up and converted the resulting penalty.

Player of the match: Amy Challis