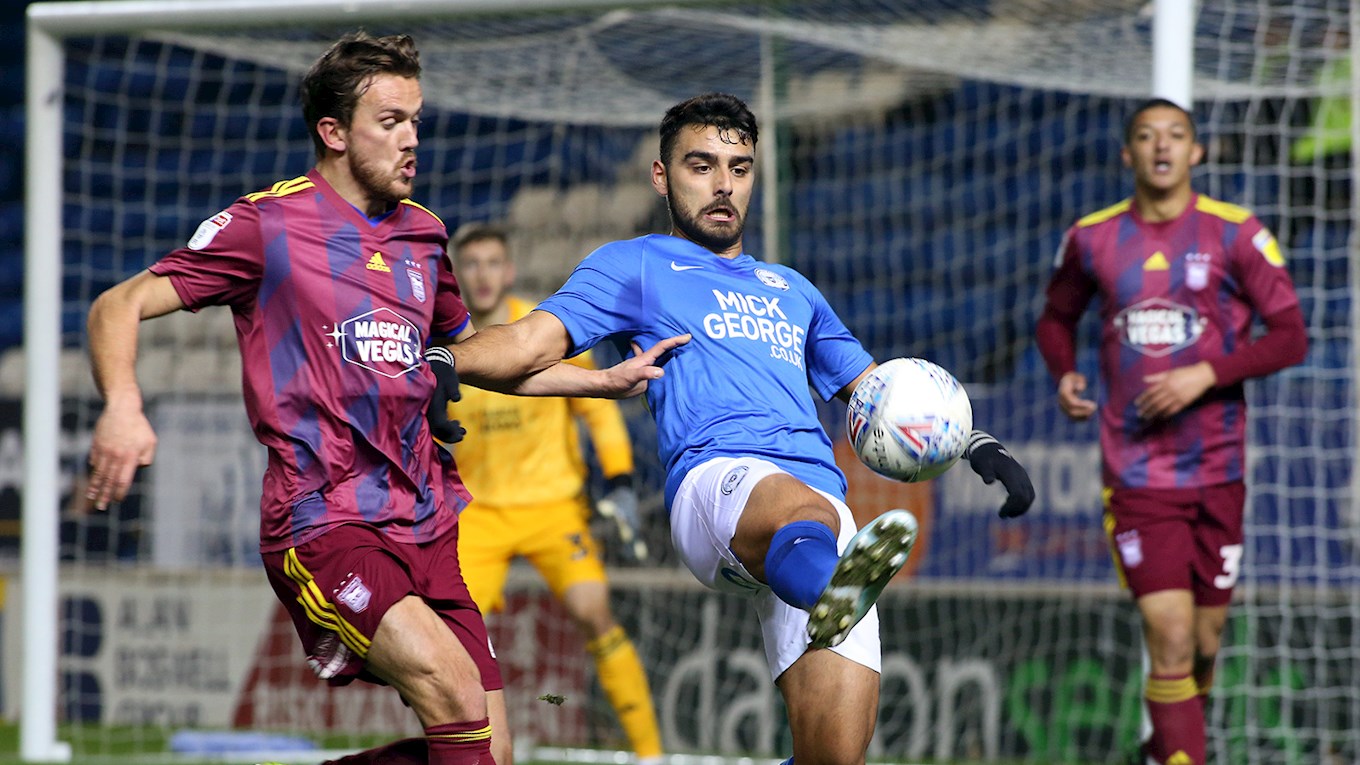 Ipswich Town progress in the Leasing.com Trophy after a penalty shoot-out success at the Weston Homes Stadium.

Peterborough United are out of the Leasing.com Trophy after losing 6-5 on penalties to Ipswich Town following a hard-fought 1-1 draw at the Weston Homes Stadium with goalkeeper Adam Przybek saving Frankie Kent and Sirki Dembele’s spot-kicks.

Posh had penalty appeals turned down inside the opening couple of minutes when Siriki Dembele appeared to be upended in the box by Henderson. Tasdemir fired over from long-range moments later as Posh made a bright start to the contest and on 11 minutes he forced keeper Przybek into a good save diving to his left.

The visitors opened the scoring on 23 minutes completely against the run of play, a turnover in possession in the midfield led to James Norwood advancing, his low shot was parried by Chapman into the path of El MIZOUNI who tucked home the rebound.

Roberts sent a free-kick just over the top just after the half hour mark after Tasdemir was adjudged to have felled his man. Posh levelled the scores on 33 minutes and it was a third goal for the club for 17-year-old Ricky-Jade JONES, who ignored the run of Dembele and fired low past goalkeeper Przybek from just inside the box.

Tasdemir was cautioned for a foul on 37 minutes by referee Mr Salisbury. Dembele fired over on the stroke of half-time as Posh continued to press. Chapman was well placed to keep out a curling effort from El Mizouni on 47 minutes.

Posh should have taken the lead for the first time in the tie moments later as Dembele skipped past two defenders and picked out Ward, but his side-footed effort went wide of the near post. Dembele fired wide from 25-yards after skipping past two defenders as Posh continued to dominate.

Dembele sent a deft lob wide of the target on 63 minutes, moments after Ferguson had made his first switch with Frankie Kent replacing Ward. Huws was cautioned for a foul on Dembele as the game entered the final 20 minutes.

Chapman did well to tip a fierce Huws free-kick over the bar four minutes from time. Substitute Toney saw a late header well kept out by keeper Przybek as Posh tried to force a winner. Chapman kept out Huws deep into stoppage time after he skipped into some space in the box.

Tasdemir saw a shot blocked by Huws with the last kick of the game before the referee blew the final whistle and to penalties the tie went. It was Dembele and Kent that ultimately saw their spot-kicks saved by Przybek with Barry Cotter scoring the crucial penalty to send the Tractor Boys through.