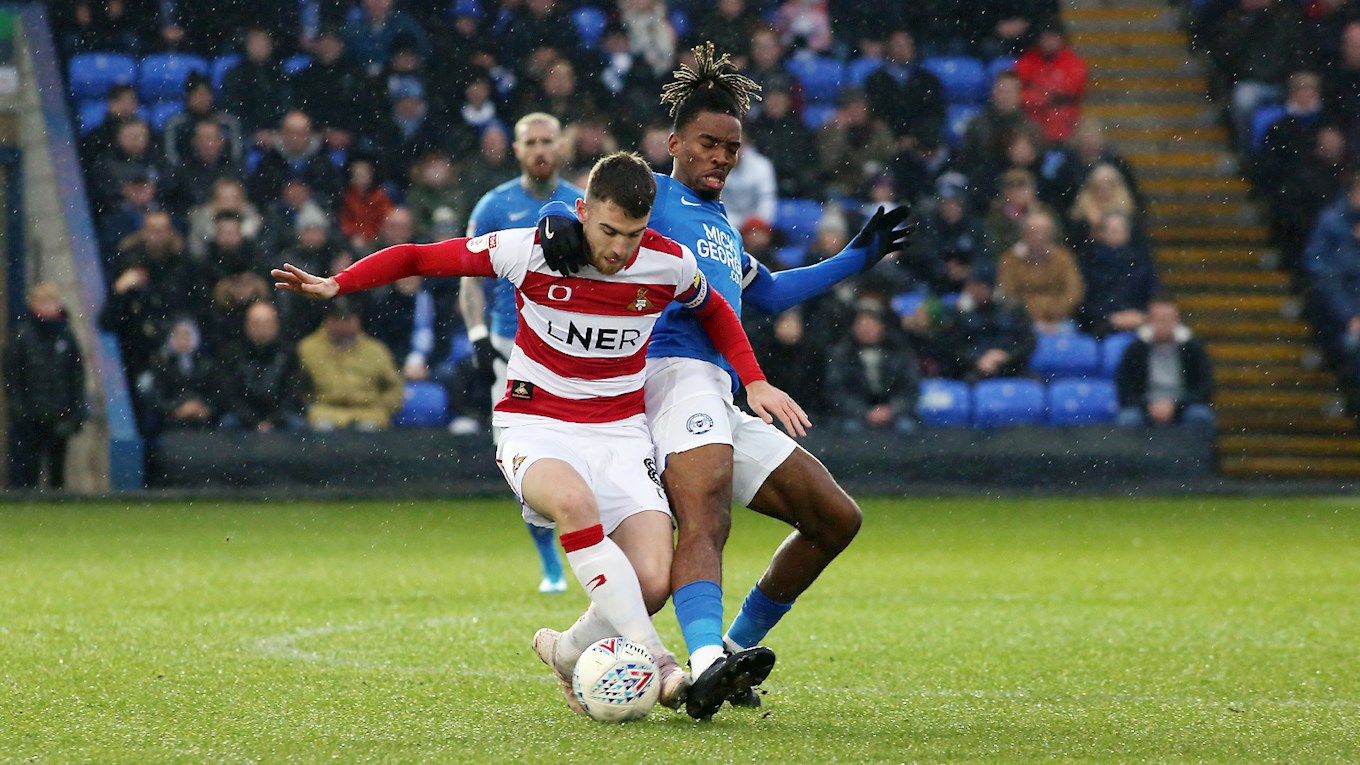 Doncaster Rovers condemn Posh to only second home league defeat of the campaign with comfortable display against out of sorts United.

Peterborough United suffered a 3-0 defeat to Doncaster Rovers at the Weston Homes Stadium as Boxing Day marked only the second home Sky Bet League One loss of the campaign as Darren Moore came out on top against Darren Ferguson.

Marcus Maddison was a whisker away from the breakthrough inside the opening two minutes after the visitors gave away possession in a dangerous area, the winger placing his left-foot shot just past the post.

Taylor fired wide of the near post on 13 minutes after a first spell of pressure from the visitors with the ex-Posh winger at the heart of it. The visitors got their noses in front on 17 minutes as a low long-range effort from SADLIER found the bottom corner.

Dieng was well placed to keep out an effort from Toney on the stretch after a clever pass from Reed. Toney was cautioned for an elbow by the referee on 42 minutes following an aerial challenge with Ben Whiteman also going to the book for his reaction.

Woodyard also received a yellow card, presumably for his part in the incident that followed. Toney planted a header wide from a Woodyard cross moments later. Posh had appeals for a spot-kick for handball turned down on 50 minutes as the ball appeared to strike the arm of Anderson in the box.

Posh were desperately close to a leveller on 56 minutes as a Maddison corner was headed back across goal by Toney only for Sheaf to head off the line. Pym produced a superb stop to keep out Sadlier at the near post but from the resulting corner, SADLIER converted at the near post to give Rovers a 2-0 lead.

Darren Ferguson responded with a double change, George Boyd and Ricky-Jade Jones introduced with just over 30 minutes of the match remaining. Woodyard drilled a shot wide of the target from an intelligent Boyd cross on 64 minutes.

Reed saw a free-kick blocked and his follow-up effort held by Dieng after Jones did well to win the set-piece with a piece of skill to beat his man. Substitute James was booked for tripping Maddison on 73 minutes after he did well to ghost into space.

Maddison fired a free-kick over the crossbar from the resulting free-kick with Dieng booked moments after for time-wasting. The visitors grabbed a third on the counter attack as skipper Ben WHITEMAN curled into the back of the net following a swift counter-attack.

Dieng produced a fine save in stoppage time to keep out a Toney header as Posh were even denied a consolation goal.