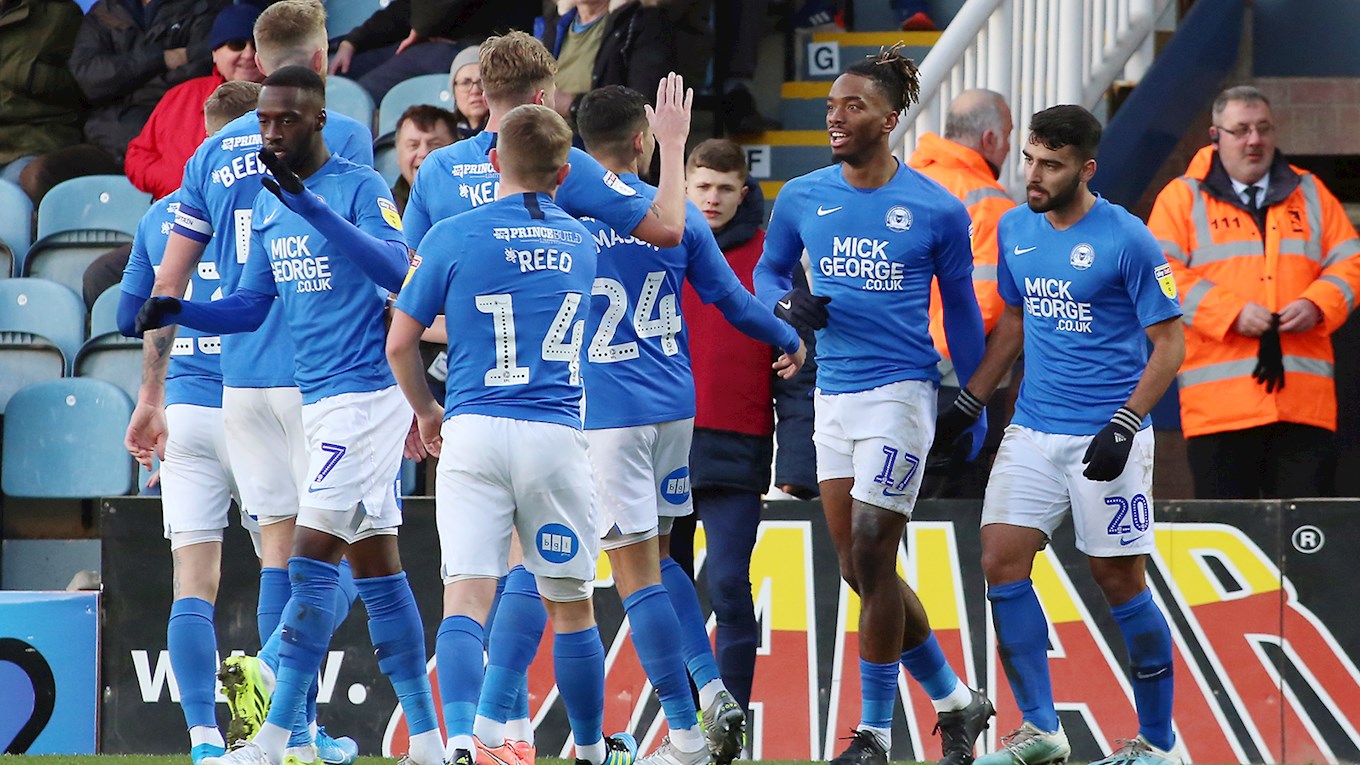 Just under 7,000 supporters saw Posh retain their excellent home record with a 1-0 victory over Bolton Wanderers.

Peterborough United moved to within a point of the automatic promotion places after Ivan Toney’s 15th goal of the campaign secured a 1-0 victory over Bolton Wanderers at the Weston Homes Stadium.

Already missing quite a number of key personnel, Posh were dealt a blow within the first 15 minutes of the contest as experienced defender Nathan Thompson slipped and sustained a muscle injury leading to his withdrawal. Luke Murphy was cautioned for a foul on Tasdemir in the centre circle moments later.

Mark Beevers had a good chance to break his duck from a driven Reed corner, but his header into the ground bounced over the bar to his dismay. The deadlock was broken on 22 minutes and it was a superb header from Ivan TONEY, somehow contorting his body to head back across goal from a looping cross by Louis Reed.

Eisa was denied by keeper Matthews on 25 minutes as Bolton got themselves into a pickle at the back before the keeper smothered a shot from Toney before Emmanuel produced an important block.

Toney saw an ambitious effort from 30-yards go wide of the target on 33 minutes as Posh tried to find a second goal. Darcy sent an effort over the bar on 37 minutes after finding a bit of space as Bolton threatened at the other end.

Eisa was cautioned for a foul on 38 minutes by referee Mr Wright for intent more than connection in the tackle. Posh could and perhaps should have made it 2-0 on 39 minutes, Tasdemir skipped past his man, pulled it back for Eisa, his shot was goalbound until it hit his strike partner Toney before Bolton hacked the ball clear.

Posh came close again on 42 minutes as Beevers chested the ball into the path of Eisa, but off balance he slammed his shot against the crossbar. Toney was denied a second goal by a fine block on the line on 53 minutes by Chicksen as Posh went close again.

Bolton made a double substitution a few moments later with Thibaud Verlinden and Chris O’Grady introduced. Toney powered a header over the top on the hour mark from another driven Reed set-piece. Luke Murphy sent a diving header wide of the target on 68 minutes as Bolton came close to levelling.

Posh made a double change on 74 minutes with Ricky-Jade Jones and Marcus Maddison introduced for Eisa and Tasdemir. Dodoo fired a free-kick over the top on 78 minutes after Kent was penalised for a soft foul.

Bridcutt was cautioned for a foul on substitute Maddison on 86 minutes. Pym did well to hold a low effort from Dodoo as the game moved into three minutes of stoppage time.