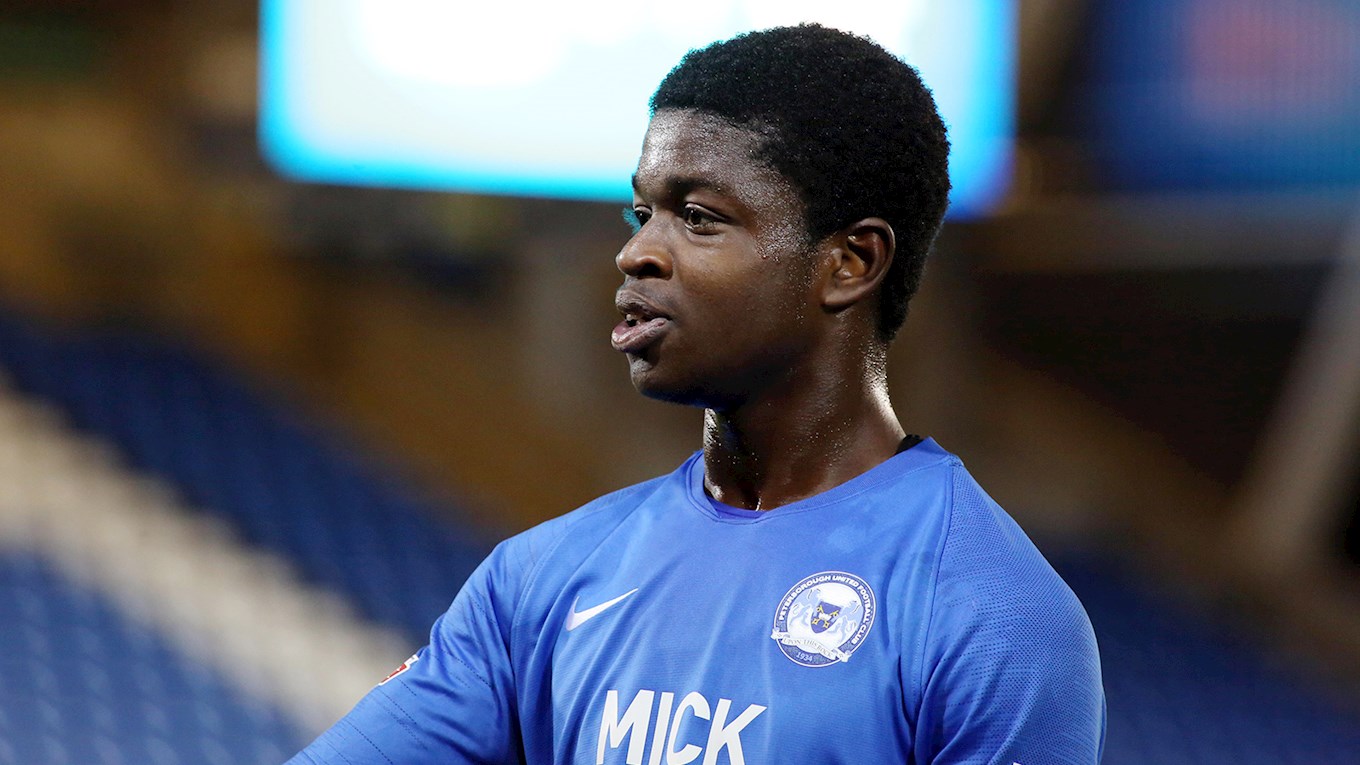 The under 18s were 1-0 winners over Luton Town at the weekend.

The Peterborough United under 18s kept up the pressure on rivals Northampton Town with a 1-0 victory over Luton Town at the Mick George Training Academy with defender Benjamin Mensah scoring the only goal of the game.

Mensah netted his first goal of the season with a neat finish in a game that Posh largely controlled without securing a second goal. Manager Matthew Etherington was pleased with his side’s display, particularly in the second 45 minutes.

“We were the better team for the first half and controlled the game in the second half just without adding to the goal tally. We needed the win, the players upped the level in the second period and put on a really good display. We had a lot of the ball in the opposition half, we had control of the game and we restricted them to very little in front of goal.

“I am pleased for Benjamin to get his first goal. He hit the woodwork for the under 23s last week and it was a good finish to seal the three points. He is a good one v one defender, but he carries a threat going the other way. He is part of a number of first year players that are performing well and we are looking forward to helping with their development moving forward.”

Posh travel to Leyton Orient on Saturday before a break ahead of the New Year fixtures. Posh still have a shout of winning the league with only a handful of fixtures remaining before the break into Merit League One.