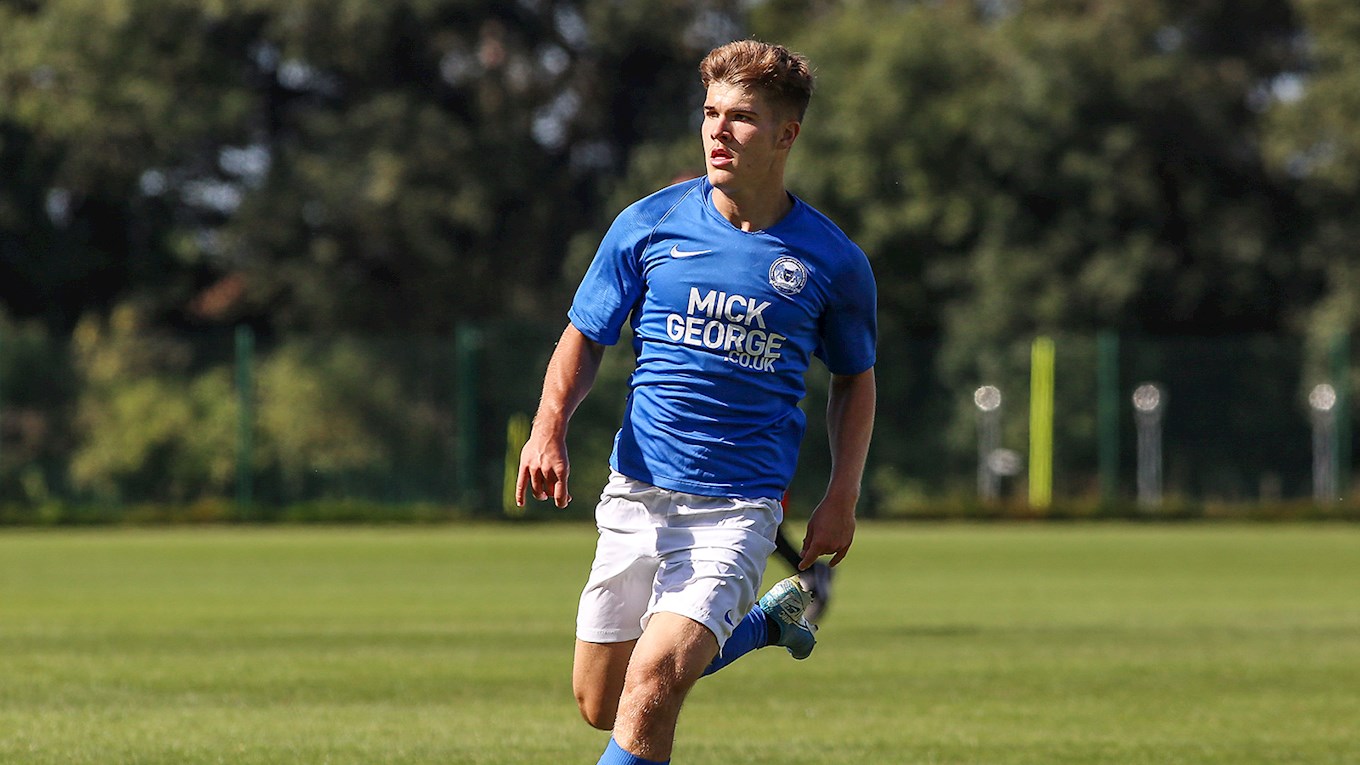 The Posh under 18s beat Leyton Orietn 6-1 at the weekend with Brad Rolt bagging four goals.

The Peterborough United under 18s have put themselves in a commanding position to lift the Youth Alliance League title after an excellent weekend which saw Matthew Etherington’s men defeat Leyton Orient 6-1 and challenges and local rivals Northampton Town beaten at Cambridge United.

The results mean that the title is now in Posh’s hands. Posh have three games left in the season (two at home) while Northampton have two away games in the schedule remaining. Posh will go into Merit League One regardless of winning the league in the New Year.

Posh were always on top in this particular clash with Orient, racing into a 4-0 lead with Rolt completing a hat-trick inside the first half an hour. Archie Jones, who opened the scoring inside 30 seconds, netted a brace and in truth, it could have been a far greater total with Posh dominating for long spells.

Academy Manager Kieran Scarff commented: “We were always in control, Matthew was happy but like the perfectionists we are, we are always striving for more and there were one or two spells in the game where our performance levels just dipped a little. However, when you win 6-1, you can’t have too many complaints.

“The mentality was really good. The boys knew Northampton had been beaten 24 hours earlier so there was a bit of pressure to go out there and win the game and to be in such a commanding position so early in the game shows a lot about how much they want to win the league.

“We had a number of under 16s involved so that demonstrates the progress that we have made and as we go into the Christmas period, we are pleased with the calendar year and we look forward to 2020.”