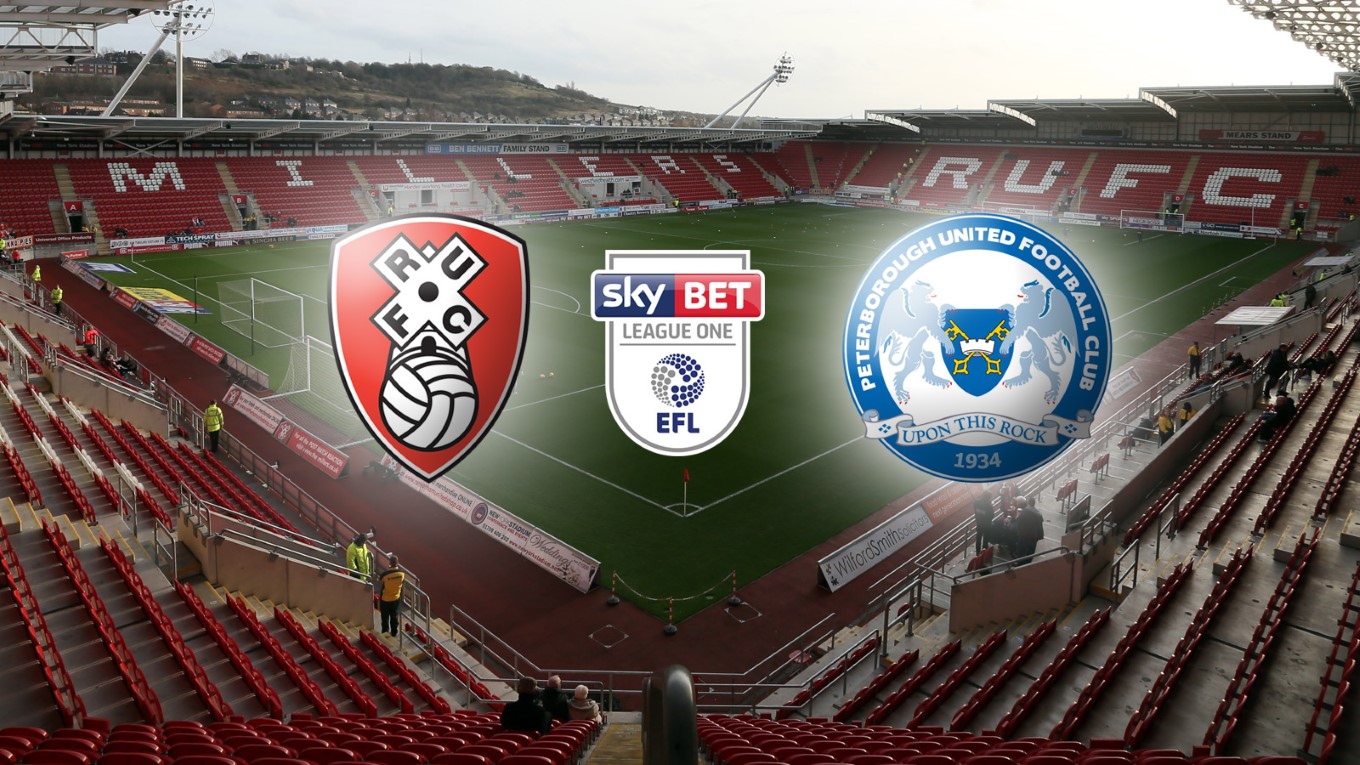 Posh look to bounce back in League One when they face Rotherham on Sunday.

Peterborough United will look to bounce back from the Boxing Day defeat to Doncaster Rovers at the Weston Homes Stadium when the travel north to face Rotherham United at the New York Stadium on Sunday afternoon (3pm).

The Millers will be buoyed by a last gasp win at Shrewsbury the day after Christmas but in general their form at home has been patchy while Posh are without an away win since the middle of October although have picked up creditable points at Portsmouth and Bristol Rovers in recent weeks.

TEAM NEWS
Posh are hopeful that skipper Mark Beevers could return from a calf problem in time to play but Siriki Dembele, Idris Kanu, Josh Knight and Nathan Thompson are all out while Serhat Tasdemir is also a doubt after missing the defeat to Doncaster.

The Millers could make changes to their line-up despite the victory at Shrewsbury. Strikers Michael Smith and Kyle Vassell, once of Posh, could lead the line although Freddie Ladapo has been the club’s talisman since joining from Plymouth Argyle.

FROM THE GAFFER
“We have to bounce back quickly. The turnaround is quick from Boxing Day. At this time of the year, the games come fast and have to be ready. You know that there will be surprise results and teams dropping points, that is going to happen when you have so many games in a short period of time,” Darren Ferguson said.

FROM THE OPPOSITION
“Peterborough will be looking to desperately pick up points and I expect them to take the game to us. They are a good team with a brilliant strikeforce and there is a lot we need to address but hopefully we can be competitive,” Rotherham boss Paul Warne said.

TICKET NEWS
The game is not all-ticket but there is a slight price rise on the day. Posh fans can buy tickets after 1.30pm at the Millers ticket office. Posh had sold 600 tickets in advance of the game.

MAN IN THE MIDDLE
The match referee is Andy Haines.