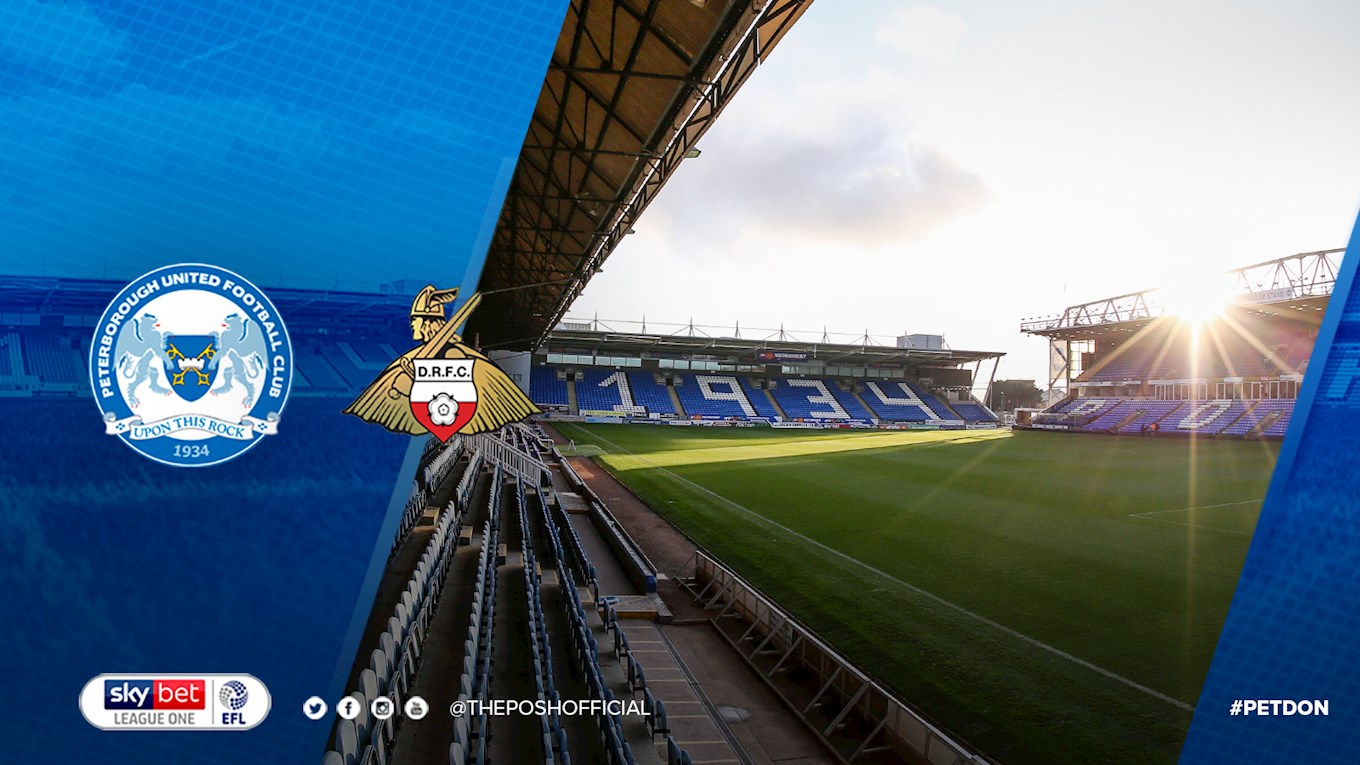 Posh picked up a creditable point at Bristol Rovers last time out while Rovers, who sit in mid-table but have games in hand on the teams above them, were held to a 1-1 draw by Accrington Stanley at the Keepmoat Stadium.

Posh still have a considerable injury list with Idris Kanu, Josh Knight, Siriki Denbele, Nathan Thompson and Mark Beevers on the sidelines, although the latter has been rated as ‘touch and go’ following a medical assessment this week.

George Boyd and Frazer Blake-Tracy were due to return to training this week and could feature, while the Posh boss admitted one or two others have knocks and niggles.

Doncaster are expected to make changes to their line-up with three games in six days on the horizon, but former Posh midfielders Jon Taylor and Kieran Sadlier should start. Both were excellent in a comfortable win for Rovers earlier in the season with Sadlier on target.

“Doncaster keep the ball very well, they are a dangerous team to play against. They are in a bit of a false position in the table because they have games in hand. They have good players, who can hurt you, but so do we. We are at home, we have been good at home but we know that we will need to play well to win the game,” Ferguson said.

“We’ll come in on Christmas Day and work as normal. Is there a right or wrong way to do it? It’s each to their own. It’s important that we try to max out everything for the season ahead. Why you don’t look long term, we’ve got a game the next day and at any other time of the year you’re training. Just because it’s Christmas Day, as lovely as the day is, we’ll be in to work to prepare for the game on Boxing Day,” Darren Moore said.

Doncaster have sold just over 500 tickets in advance of the game. Tickets for Posh fans are on sale at www.theposhtickets.com, via the Ticketmaster hotline 0844 847 1934 (calls cost 7ppm plus your network access fee) and in person at the Weston Homes Stadium Box Office, which is open from 10am on Boxing Day.

The fan zone will be open from 1pm, weather permitting. The first time fans initiative will be in operation with new fans able to contact phil@theposh.com for further information. Peter’s Burrow will also be open in the concourse of the BGL South Stand.

The match referee is David Rock.

There will be a two-minute applause ahead of kick-off to recognise those supporters, sponsors and club personnel who have sadly died in the calendar year with the names/photos appearing on the big screen.