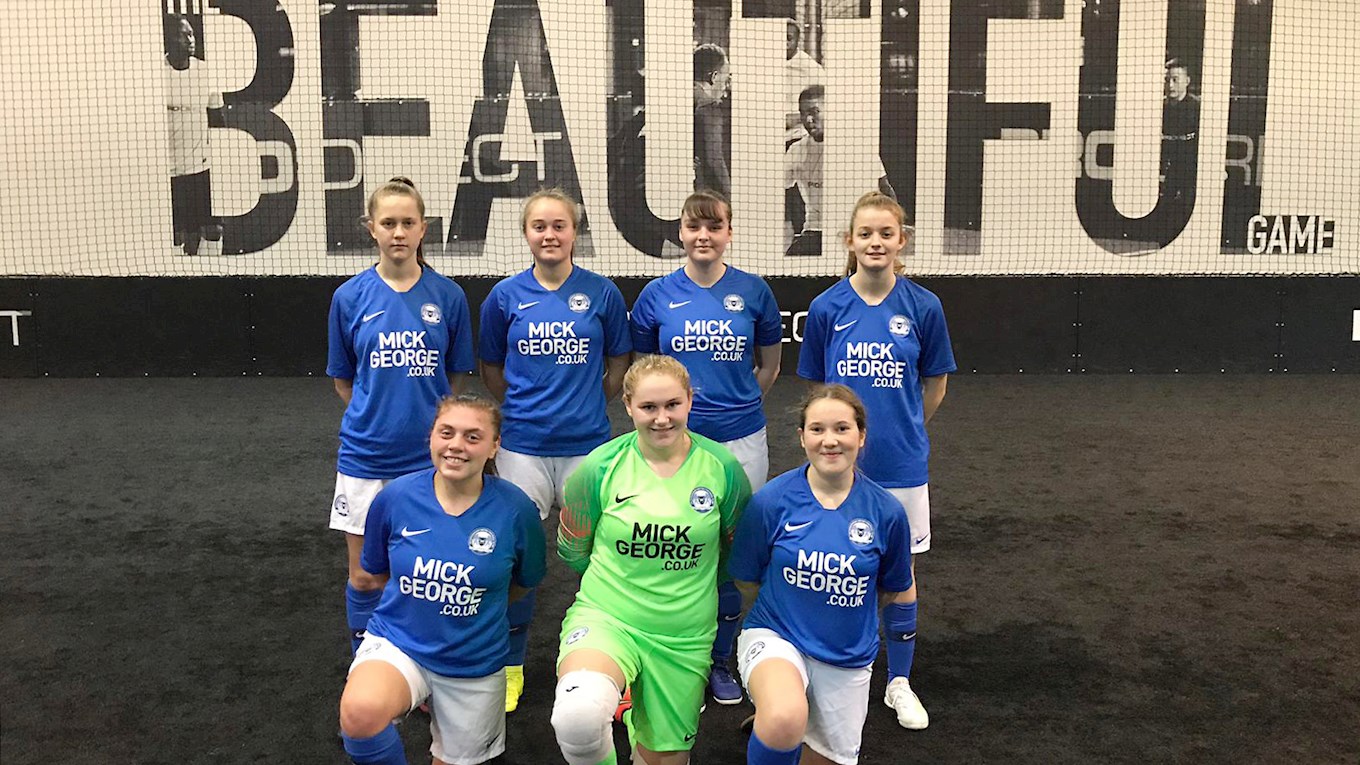 Peterborough United's Girl’s Scholarship Futsal side won the group in their third meeting in the EFL Trust’s Ladies Futsal Championship.

This pushes them up to third overall with 29 points, currently just behind Bristol Rovers and Northampton Town.

Early on, they were able to take the lead in their group, with top goal scorer Poppy Ludgate capitalizing from the start. Over the whole competition, United’s Scholarship girls scored a total of 19 goals, only conceding once, giving them the best goal difference in the competition.

The next leg of the Ladies Futsal Championship will be played on Thursday 12th December. They will be hoping to replicate this result and prove they are serious contenders for the Championship.