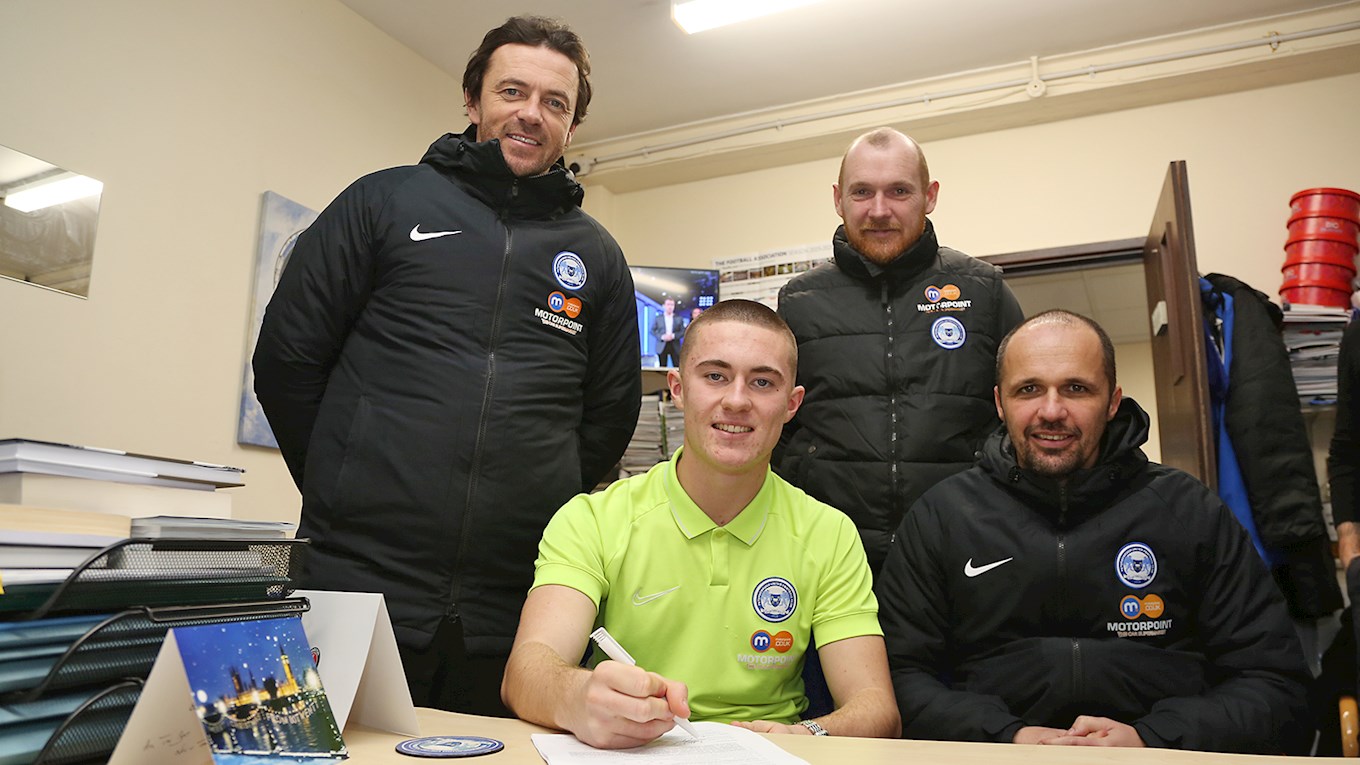 Posh youngster pens professional contract to keep him at the Weston Homes Stadium until June 2022.

Peterborough United are pleased to announce that attacking midfielder Flynn Clarke has penned a professional contract at the Weston Homes Stadium, which will keep him at the club until June 2022.

Clarke, who turned 17 today (19th December), has been in the Academy since the age of the nine and follows in the footsteps of Harrison Burrows and Ricky-Jade Jones to progress right through the system and sign a professional deal.

Academy Manager Kieran Scarff said: “I am delighted for Flynn. He has come through the system and has really dedicated himself to the game. He comes from a good footballing pedigree; he has really impressed me since I have been back. The work done with him by Matthew Etherington and Simon Davies is brilliant and he certainly impressed everyone in pre-season.

“He has good energy, aggressive in his work in a positive way, good technique and can score a goal. He can play in a variety of different positions, he has performed best in the number 10 role and has the awareness to do the role really well. Flynn has been unlucky because he has been injured for a while, but he has worked hard to get back fit ahead of the New Year.

“He has had to be patient. It is a frustrating time for any player to be on the side-lines. The staff and team-mates have helped him with his recovery. All credit to the club because there was a lot of talk about getting Flynn tied down on a professional deal after the excellent start he had to the season, then he gets his injury and it could have been that his deal might not have materialised, but they have not backed away from that, there was a real belief in his ability and we are all delighted that it is now all done and completed.”

Manager Darren Ferguson said: “As soon as I came back into the building, Flynn was someone that I really liked. He plays as a 10 predominantly, is a good size, an athlete and can get you a goal. Unfortunately, he picked up a bad injury because he would have been in the squad and would have without a doubt played in the first team had he been fit.

“He is only 17, but we believe he will be a good player in the future. There are a number of players that have progressed right through the system now and that is great for the football club. For the young players, they need to see a pathway and there are a real possibilities for them. It is a test of their temperament making the jump into the first team group and they have dealt with it superbly.’

The full interview with Darren, Kieran and Flynn himself will be available next week.