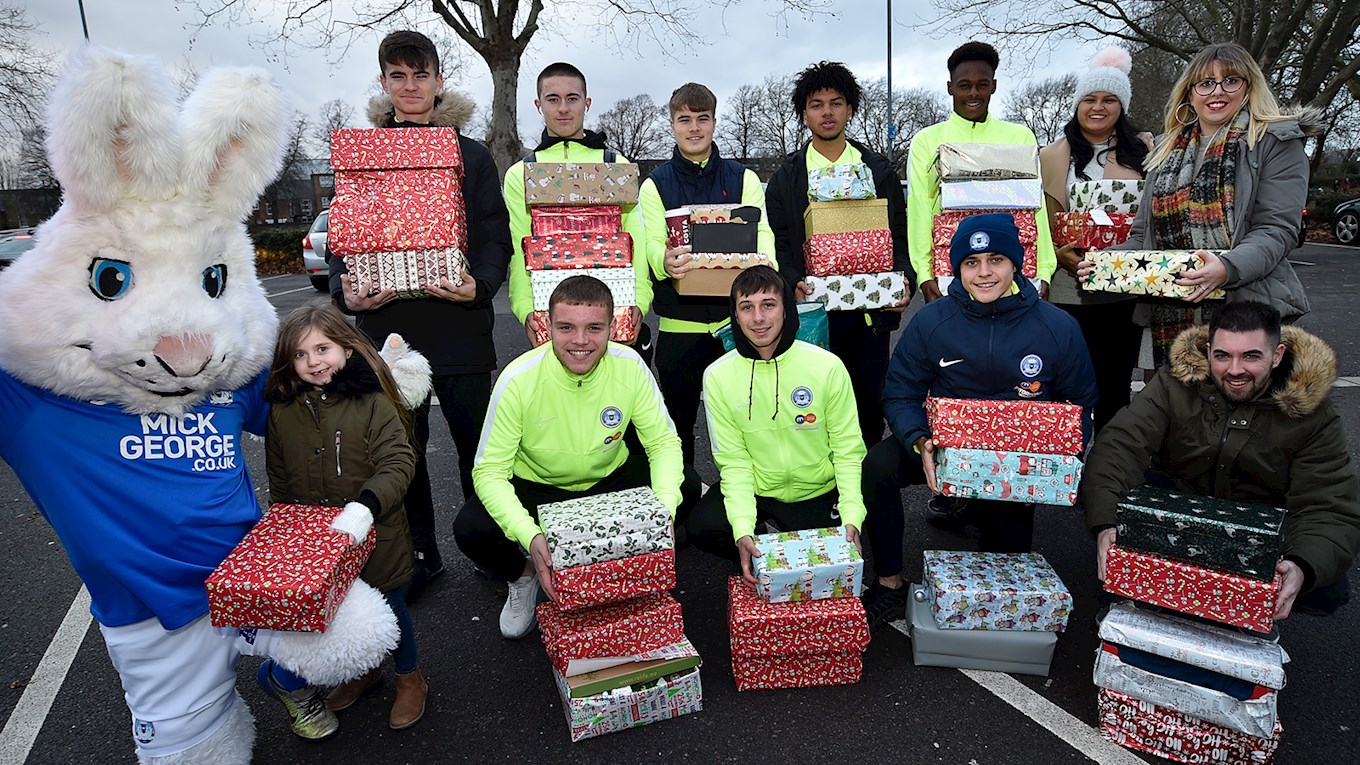 Youngsters buy and deliver presents for the local Shoebox Appeal 2019.

Members of the Peterborough United under 18 squad, as well as staff from the Academy, were on hand to deliver and distribute special festive shoeboxes to the vulnerable and needy in the city on Sunday afternoon.

The Shoebox Appeal 2019 was set-up back in 2016 with the aim of providing necessary items for the homeless/rough sleepers in the city. Since then, the project has grown from a donation of 50 shoeboxes to over 700 in 2019.

That number was boosted by players within the Posh Academy who not only purchased the items and boxed them up, but then took time out on Sunday to deliver and distribute the gift-wrapped shoeboxes.

Kayleigh Stent, Academy Player Care Manager, said: “As an academy we feel it is important to give back to the local community and it is something we have been doing since I joined in 2013. This year we chose to support the Shoebox Appeal and we didn’t just want the players wrapping a present and handing it in we wanted them to be out there bring a smile to someone’s face even if it was only for an hour, we wanted to be part of bringing a little joy at Christmas time.

“When we turned up we were greeted by smiles and warm welcomes from all and it was amazing to see how many people give to the Shoebox appeal from around Peterborough, it was certainly a moment the academy were proud to be part of.”

Led by under 18s skipper Archie Jones, and including his namesake Ricky, who was part of the first team squad 24 hours earlier at Portsmouth, the players spent time chatting to those who rely on the Appeal, particularly during the cold festive months. Mascot Peter Burrow was also present and on hand to help with the distribution.