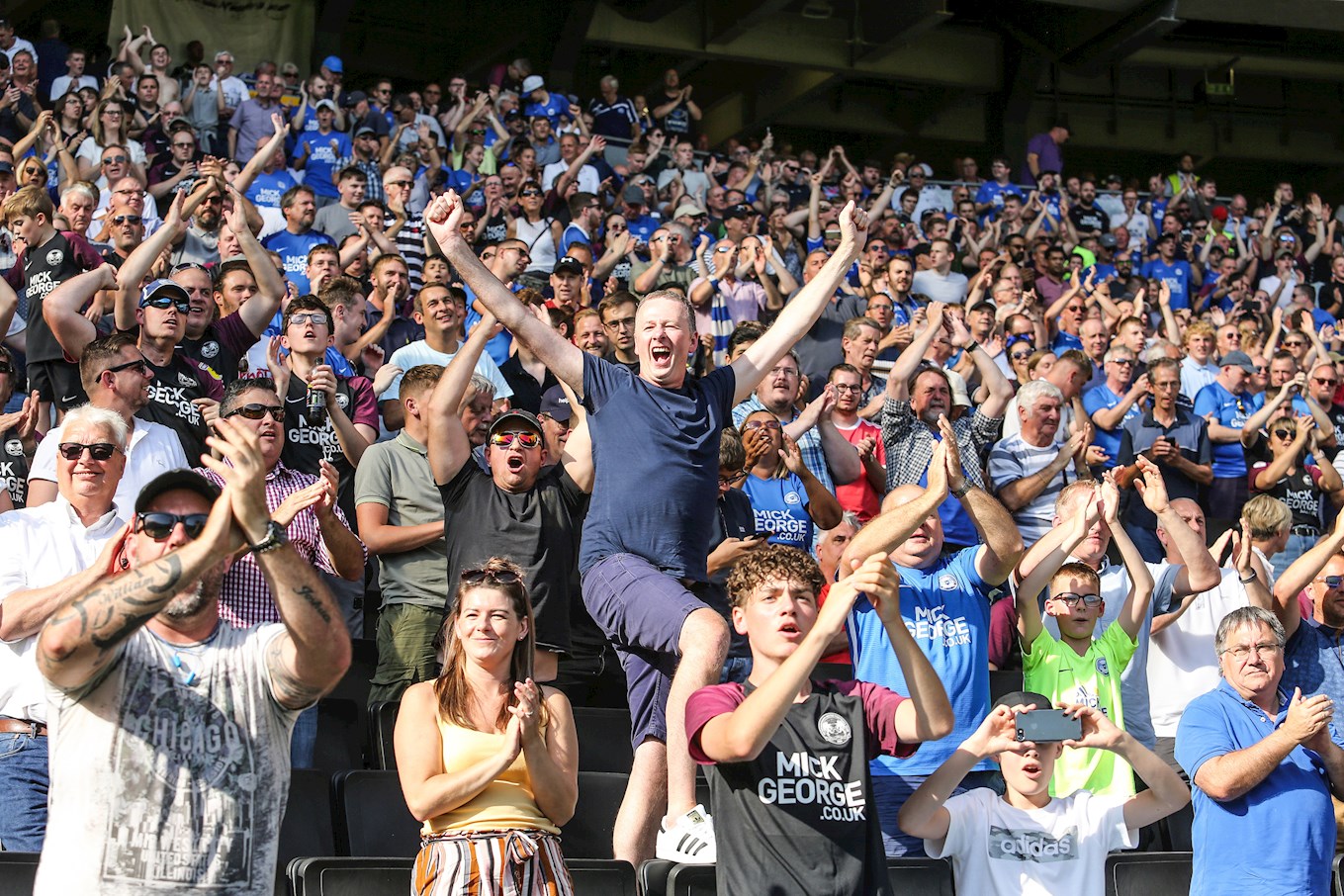 Voice Of The Fans | SLO Blog 5

Chris Abbott, the Posh SLO, pens his fifth blog for the club website.

What a difference a week makes in football! After what was a tricky start, the season is well and truly up and running! The Ipswich game was a fantastic advert for League one football, and I know we were all disappointed with that last-minute equaliser, but I am sure we all agree the performance was excellent. Away to Southend on a Tuesday night, a place we have struggled (until last season!) and a professional performance saw us come away with a solid 2-0 victory.

Onto MK Dons, what a performance by the team and an emphatic 4-0 victory which could quite easily have been seven or eight on the day! Off the field, what tremendous support, to see 2,100 Posh fans make the journey to Stadium MK was just magnificent. You backed the lads all the away and without a doubt looking at social media this was certainly appreciated by the players. We now move onto Sunderland at the Weston Homes Stadium on Saturday, once again like Ipswich we know there will be a big away following in town so it will be time to get behind the team and really make home a fortress this season.

League One has certainly hit the headlines in the past few weeks for the wrong reasons! I am sure we all sat there on Tuesday evening with a little shock when it was announced the Bury’s membership of the football league had been terminated. This was a sad day for football, and I am sure we can’t think what it would be like not to have a team to support on a Saturday week in week out. I have said it before Owners, Chairman, managers, players will come and go but the fans will always be there, and this will always be the case. I certainly hope I am not writing in two weeks’ time talking about Bolton’s demise as well.

We should be even more grateful for the fantastic owners we have at this football club and the work they are currently undertaking to secure the clubs future. It was fantastic to see prior to the Ipswich game the agreement signed on the pitch which will allow us to eventually buy the ground back. A lot of hard work has been done by them to get to this stage and this is something we should be exceptionally grateful for. I would also like to on behalf of the supporter’s thank Darragh and Randy for the fans forum earlier in the month, which set out the owners vision for a future ground and moving the club further forward.

Monday will see the club hold its monthly meeting with the supporters groups and if you would like any issues/concerns raised there please contact your supporters group representative or myself.

Remember I can be contacted on the following:-