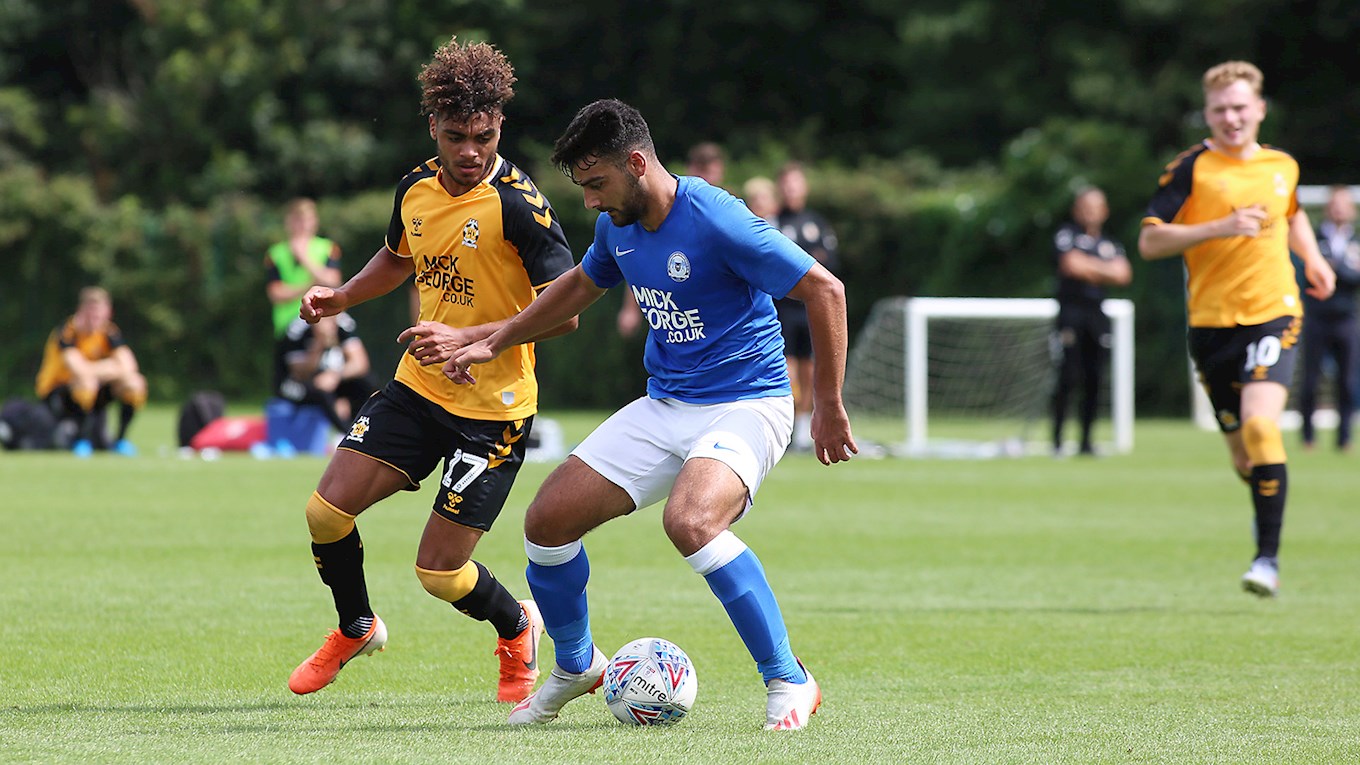 Tasdemir On Target In Friendly Draw

Posh and Cambridge play out 1-1 draw in friendly fixture at the training ground.

Peterborough United and Cambridge United played out a competitive friendly at the Mick George Training Academy on Tuesday afternoon with Serhat Tasdemir’s goal cancelled out by a scruffy Us goal just before the conclusion of the contest.

Tasdemir gave Posh the lead in the early exchanges as he collected a superb pass from Marcus Maddison before drilling the ball across the keeper and into the back of the net via the inside of the post.

Louis Reed saw an effort saved while Jason Naismith also went close following a rampaging run as Posh dominated the early exchanges. Maddison was in good form on the right hand side of midfield as he got another hour into his legs while Harrison Burrows also put in a good shift down the left.

The visitors grabbed an equaliser late on after a number of changes were made by boss Aaron Mclean, a scrappy effort from close-range past substitute goalkeeper Conor O’Malley. Recent loan acquisition Josh Knight played 70 minutes as he put himself in contention for Saturdays’ trip to Oxford United.