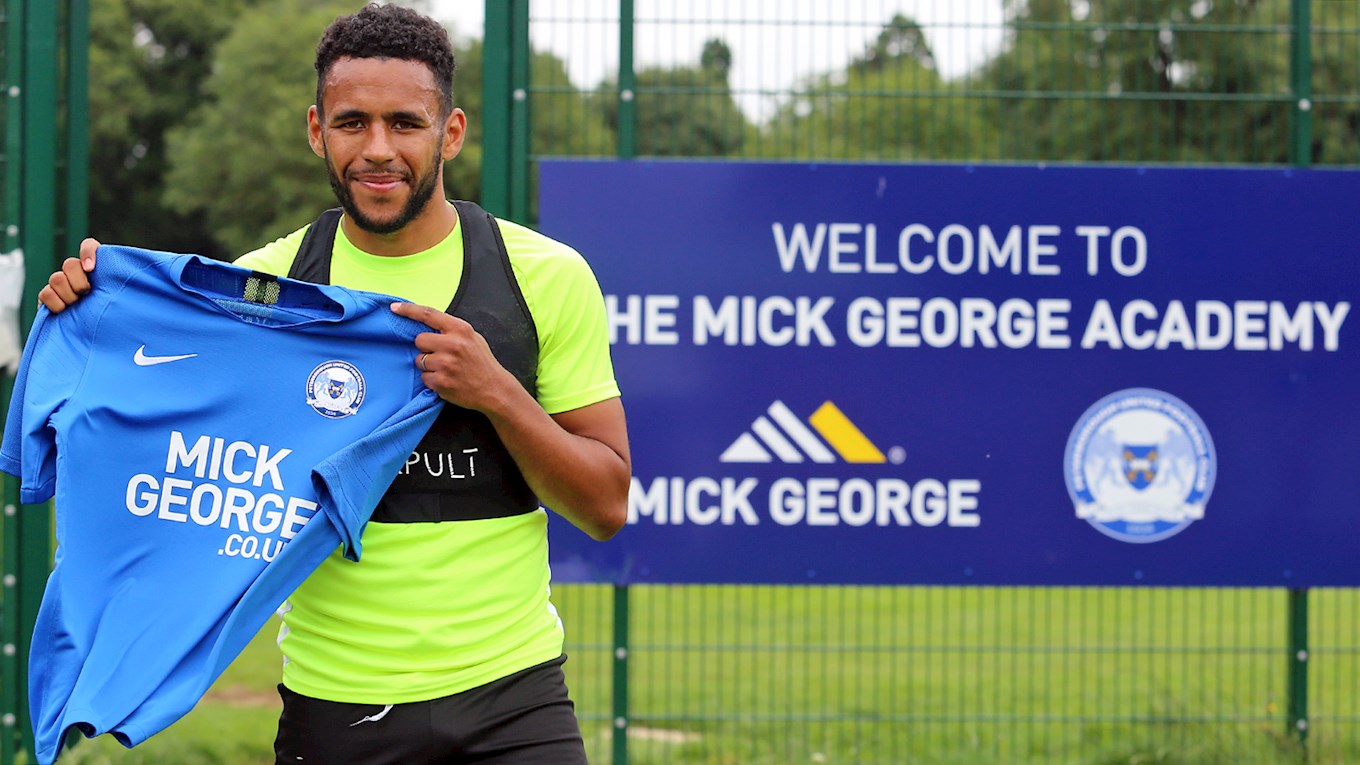 Posh have bolstered their defensive options with the arrival of former Portsmouth full-back Nathan Thompson.

Peterborough United have secured the signature of former Portsmouth defender Nathan Thompson on a two-year deal with the 28-year-old completing the formalities at the Mick George Training Academy on Friday morning.

Thompson, who is primarily a right-back, has played over 250 career games and was part of the Pompey squad that reached the play-off final and also scored in the final of the (then) Checkatrade Trophy final at Wembley.

Manager Darren Ferguson explained his decision to strengthen in that area of the pitch. “Nathan is a very good right back, he is athletic, aggressive and has great experience. I will be honest and say that I am very surprised we have been able to get him. When he left Portsmouth, he was going to the Championship, but for whatever reason it didn’t come through.

“When Barry Fry put it to me a few days ago given the circumstances with Jason Naismith, I felt it was a no-brainer. I had a conversation with Jason and he wants to play regular football. I felt when I brought Niall Mason in it would be good competition but Jason felt he wanted to play regularly and he wasn’t happy that he didn’t start the season. We had an honest and frank conversation and now I have to go out and do my job.

“I didn’t think I would be able to get a right-back of this magnitude if I am honest, but when it became a possibility, we have acted quickly on it because if Jason is going to move on for regular football, then I have to have two right-backs.”

Thompson has been a regular at Portsmouth since joining from Swindon Town where he spent over 10 years. Thompson could go straight into the squad to face Ipswich Town at the Weston Homes Stadium on Saturday (3pm). He will wear the number 15 shirt.

Tickets for Saturday’s game with Ipswich are available at www.theposhtickets.com, via the Ticketmaster hotline 0844 847 1934 (calls cost 7ppm plus your network access fee) and in person at the Weston Homes Stadium Ticket Office.

If you want to sponsor Nathan, please email commercial@theposh.com for further details.