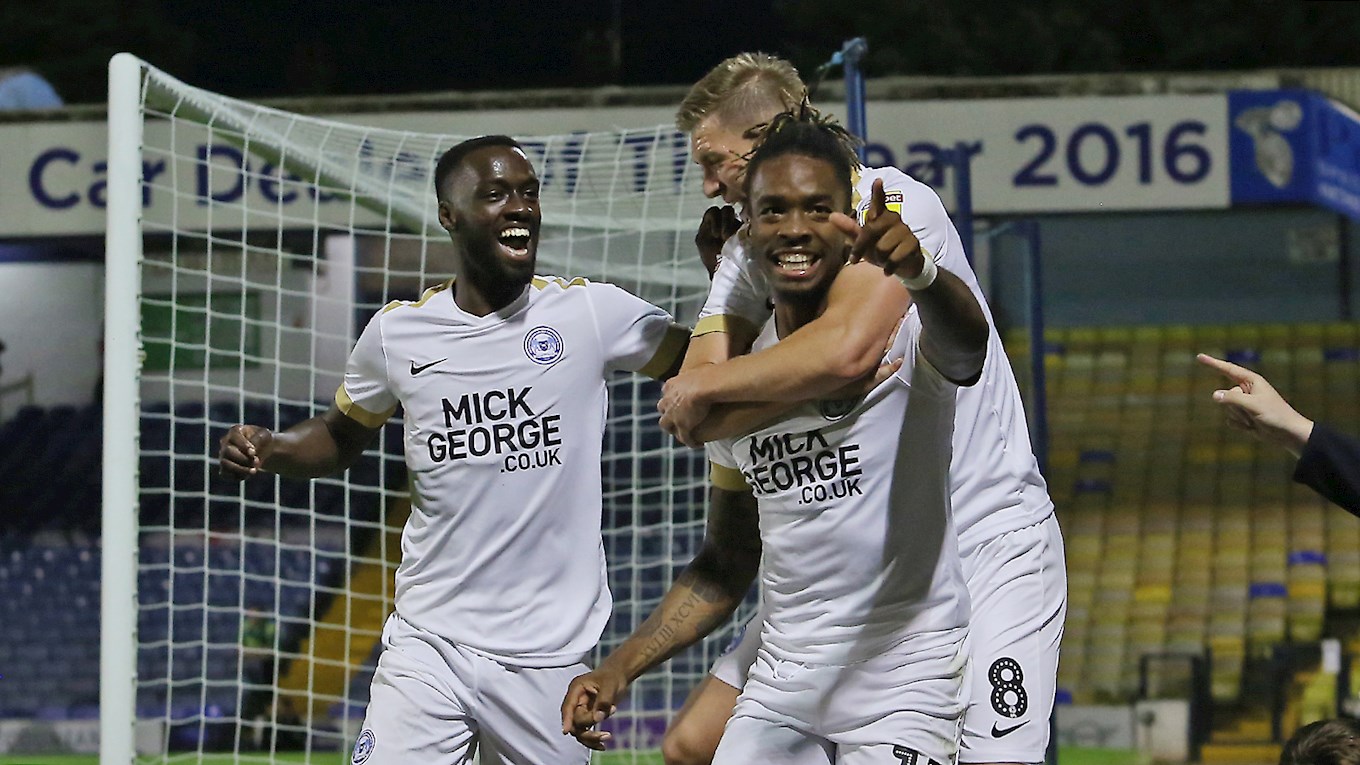 Posh register first win of the season as second half double earns 2-0 victory at Roots Hall.

Peterborough United secured their first win of the campaign as goals from Mo Eisa and Ivan Toney secured a 2-0 victory over Southend United at Roots Hall.

Mo Eisa saw a long-range effort deflect behind for a corner kick on two minutes, but successive corners didn’t yield anything of note for Darren Ferguson’s men. Sam Mantom was cautioned on six minutes for a late challenge on Frankie Kent as he attempted to clear as referee Mr Young stamped his authority on the contest.

Ivan Toney fired a volley over the top from a deep Frazer Blake-Tracy cross on eight minutes after a poor defensive clearance from the Shrimpers was seized on by Eisa. Southend defender Harry Lennon was fortunate not to divert an Eisa effort into his own goal on 10 minutes after good work from Blake-Tracy down the left.

Boyd dragged a left-foot shot wide on 17 minutes after good link-up play with Toney as Posh continued to dominate the game without finding the breakthrough. Lennon was fortunate not to concede an own goal on 21 minutes as he somehow headed inches past his own post from a flighted Maddison pass with keeper Bishop nowhere.

Goalkeeper Pym did well to smother at the feet of Mantom on 25 minutes as the Shrimpers found a bit of space in behind the Posh back four. Manchester United loanee Ethan Hamilton drilled a shot from range wide of the near post on 33 minutes after the best bit of football from the hosts in the half to date.

Goodship squandered a decent opportunity on 43 minutes after cutting inside onto his right-foot, his shot going wide of the far post with Pym unsighted. Posh were a whisker away from a breakthrough moments into the second half and what a goal it would have been, Boyd with a controlled shot with his right-foot which smacked off the post to safety.

Toney then blazed wide of the near post on 50 minutes after an intelligent poke through from Maddison as Posh again threatened. Goodship was not far away at the other end as he steered a right-foot shot inches wide following a clever Mantom half volleyed pass.

Posh opened the scoring on 54 minutes, Reed doing well to win the ball in midfield and his pass to Maddison was the right one as his delivery was inch-perfect for Mo EISA to slide home his second goal of the season. Less than two minutes later and it was 2-0 as a stunning pass from Maddison was collected by TONEY, he took a chest touch and then converted across the keeper with his left-foot to double the lead.

Posh made a double change on 74 minutes with Siriki Dembele and Serhat Tasdemir replacing Eisa and Maddison. Substitute Dembele fired wide of the near upright on 83 minutes after finding a bit of space following a good pass from Reed.

On 87 minutes, skipper for Southend, Mark Milligan saw a header crack against the crossbar from a corner kick before Posh won a free-kick in the melee that followed.