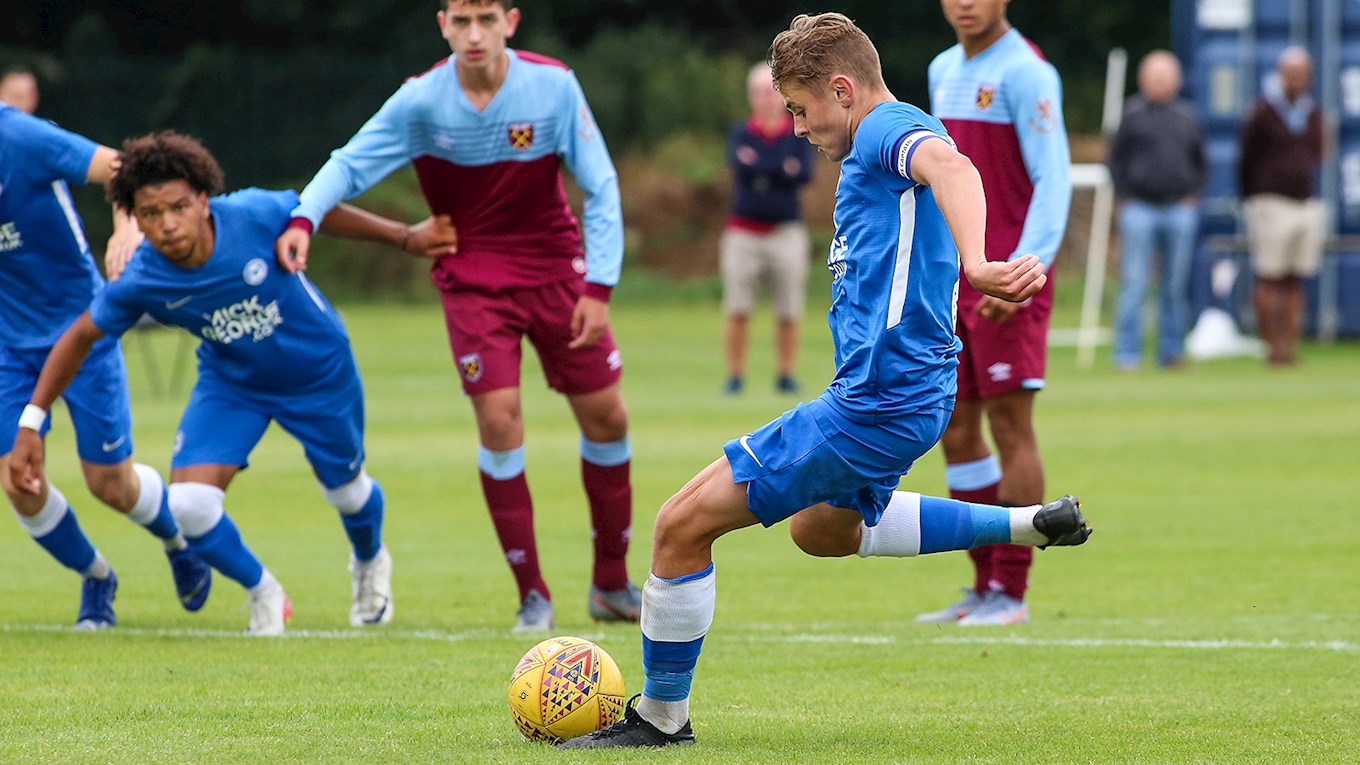 The Posh under 18s recorded an emphatic away win at Southend United at the weekend.

The Peterborough United under 18s made it two wins from two as Matthew Etherington’s men recorded an emphatic 5-1 away victory at Southend United at the weekend with midfielder Archie Jones bagging a brace from the spot.

In a game played in testing conditions, Posh withstood a 15-minute period in the second half as the Shrimpers changed their shape and played more direct, with goalkeeper Josh Allen making a superb save to keep Posh in front.

Jones’ spot-kick double was added to by Brad Rolt, Flynn Clarke and Charlie O’Connell as Posh backed up the convincing 3-0 win over Leyton Orient on the opening day with another eye-catching success.

Manager Etherington was pleased his side came through a difficult test, both in terms of the opposition and the conditions. “We named the same starting line-up from the opening day and I was pleased with the win. It was more of a test than the previous weekend and we got control of the game in the first half, playing some good football and going into the interval 2-1 ahead.

“Southend changed their shape, went direct and it was a new challenge for the boys. I think teams are realising that we are fairly good technically and how can they combat that and some teams are playing longer and it is about dealing with that. Josh made a good save at 2-1 and they had a little spell, but we scored three goals in 15 minutes and that secured us the win.

“We had problems playing in tough conditions last season and showing resilience and we spoke to the players ahead of the game that we wanted to see that the players had learned from those scenarios and sometimes you can’t always play pretty football throughout, sometimes you have to dig in and we did that.

“We were pleased with how we performed. We won quite a number of penalties last season and that is because we have attacking players who want to be positive on the ball and that is what happened for both spot-kicks on Saturday. Archie took the penalties well, which was pleasing too.”