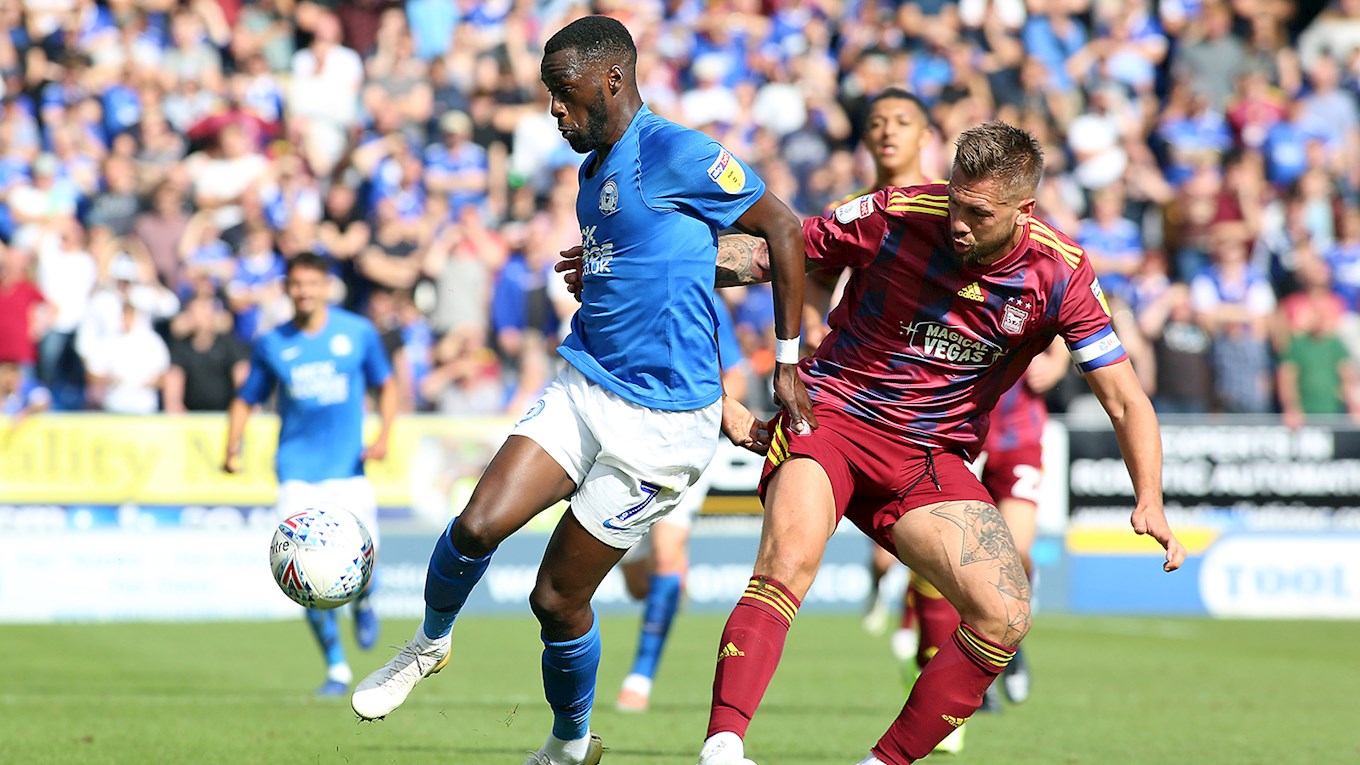 Ipswich Town scored in stoppage time to earn a point at the Weston Homes Stadium as Luke Chambers earned the Tractor Boys a point.

Ipswich made a dream start to the contest as they opened the scoring inside the opening few minutes as a cross from the left was spilled by Pym under pressure and James NORWOOD was there to fire home into the empty net.

Toney flashed a header from an in-swinging Maddison set-piece wide of the target on 11 minutes as Posh tried to respond. Maddison fired over the top on 13 minutes after good hold-up play from Eisa in a tight spot.

Frazer Blake-Tracy produced a fine piece of wing play on the left to beat his man and then deliver a teasing cross right onto the head of Toney, but his header was kept out by goalkeeper Pym. Posh drew themselves level on 28 minutes as a clipped free-kick from Marcus Maddison was powered home for his second goal of the season by Ivan TONEY.

Edwards immediately forced goalkeeper Pym to make a superb stop as his deflected effort was headed for the top corner as Town responded quickly. Maddison tested the alertness of goalkeeper Holy on the stroke of half-time with a long-range effort but the keeper did well to get back and save.

Maddison was somehow kept out by Holy on 48 minutes after a wonderful Posh move with Knight’s pass perfect for the run of the Posh winger. Eisa was then next to test Holy, his powerful drive was beaten away by the Town shot-stopper.

Skuse was kept out by a stretching Pym on 52 minutes as Town responded well to the challenge of a vibrant start to the second half by Posh. Boyd fired over on the half volley on 57 minutes after Toney had done well to keep the ball alive.

Posh got themselves in front on 61 minutes and it was a first goal for the club for Mo EISA who poked the ball past the advancing keeper to send the Weston Homes Terrace into raptures. Kent was then penalised for a foul on Jackson in the box, but goalkeeper Pym produced a fine stop to keep out Norwood’s penalty.

Judge sent a speculative effort from long-range over the crossbar on 68 minute’s moments after the penalty save from Pym. Knight and Kenlock both went into the book, the latter fortunate to escape with just a caution as he appeared to shove the on-loan Leicester man in the face.

Toney had a shot saved and then blazed wide as Posh made a change with Serhat Tasdemir replacing Maddison. In stoppage time, Ipswich grabbed an equaliser as CHAMBERS powered home a header at the near post from a flat corner from the right.