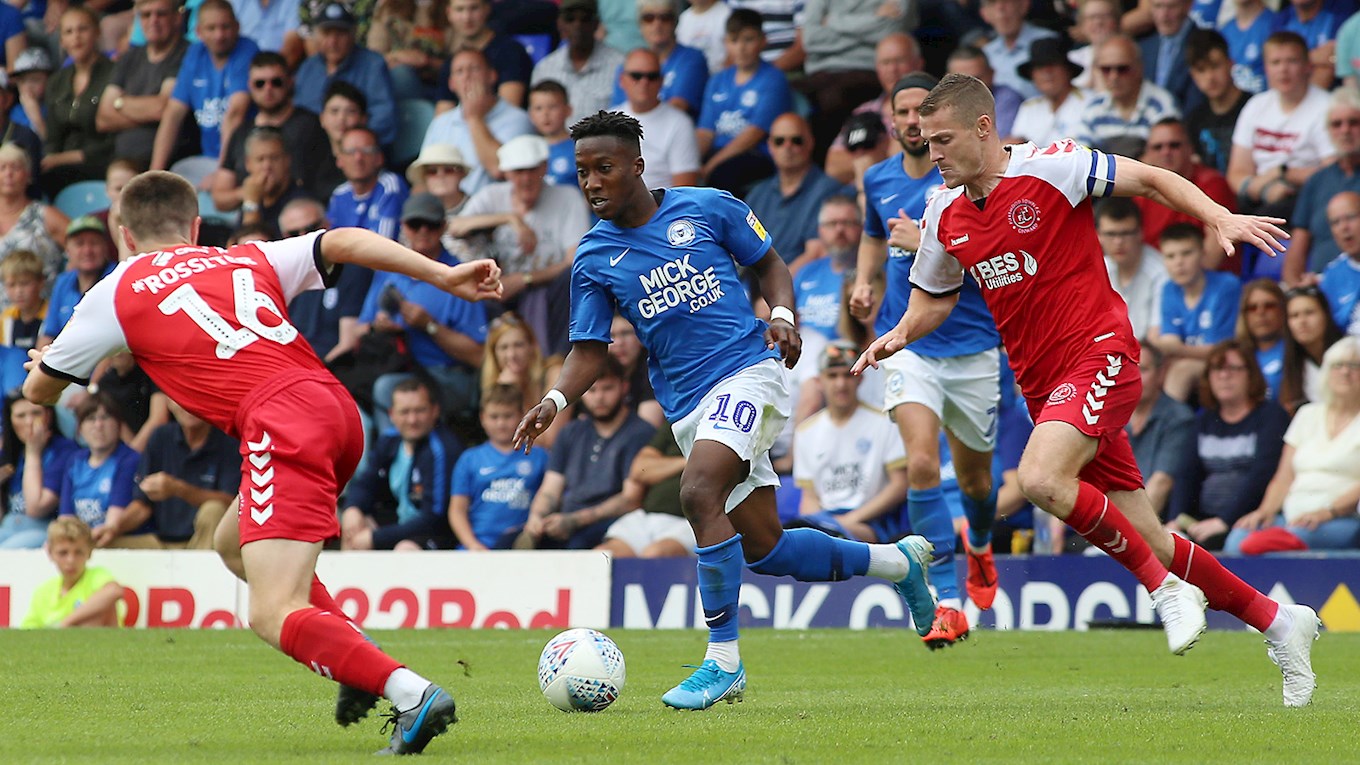 Fleetwood Town take all three points at the Weston Homes Stadium after 3-1 victory over Posh.

Peterborough United were beaten on the opening day as Fleetwood Town deservedly took all three points at the Weston Homes Stadium as Darren Ferguson’s men were beaten 3-1 in front of nearly 8,000 supporters.

The deadlock was broken inside the opening ten minutes and it was the visitors who drew first blood, a towering header from Harry SOUTTAR from a corner kick finding the corner of the net. McAleney was a whisker away from doubling the lead on seven minutes after ghosting into the box, but he fired over from a tight angle.

Ivan Toney glanced a header well wide of the target from a cross from the right as Posh tried to get themselves back into the contest. However, on 12 minutes, Posh found themselves 2-0 down as a long ball forward caught Posh out and Josh MORRIS lofted the ball over Pym and into the net.

Toney headed a good Ward free-kick over the bar on 20 minutes before Pym kept out a low effort from Morris after a swift Cod Army counter attack. Cairns denied Dembele a goal on 36 minutes after a fine Posh move, the winger’s low effort kept out by the legs of the keeper.

Coutts was shown a yellow card for a foul on Dembele after a twisting run on 50 minutes as Posh tried to start the second half well. Posh made a change on the hour mark with Marcus Maddison replacing Joe Ward.

Boyd saw an effort claimed by Cairns after good work from Dembele on 63 minutes before Biggins was cautioned for a foul on Woodyard. Posh pulled a goal back on 66 minutes as a wonderful free-kick from Marcus Maddison was side-footed past Cairns by Ivan TONEY.

Coyle was booked for time wasting on 76 minutes by referee Mr Lewis. The visitors got their third goal of the game on 80 minutes as former Posh defender Danny ANDREW curled a superb free-kick around the wall and past Pym.

Toney clipped a free-kick over the bar as the game moved into five minutes of added time.