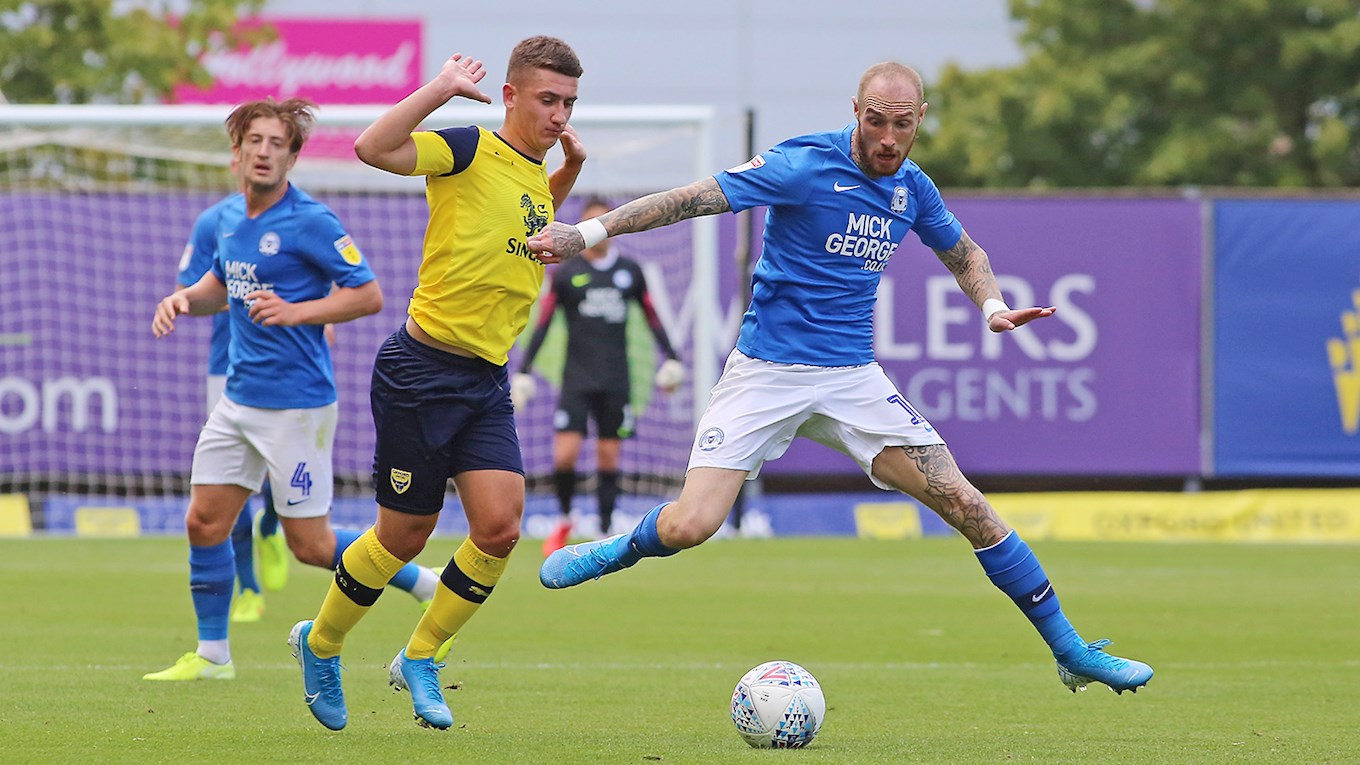 Darren Ferguson’s men beaten 1-0 by Oxford United at the Kassam Stadium on Saturday.

Peterborough United suffered a second successive defeat as Oxford United secured all three points thanks to a goal from Cameron Brannagan in the first half of the Sky Bet League One contest at the Kassam Stadium.

Marcus Maddison, who had already demonstrated his vision and passing accuracy with a superb cross-field pass on the half volley, fired a free-kick from long-range over the bar on three minutes after a foul on Siriki Dembele.

At the other end, Tarique Fosu cracked the post after twisting and turning in a tight area as this Sky Bet League One encounter started at a fast pace. The home side got their noses in front on 11 minutes and it was a cracking strike on the volley from Cameron BRANNAGAN who saw his effort fly past Pym and into the bottom corner.

Brannagan was cautioned for a bad foul on Butler on the quarter hour mark as Oxford nearly caught Posh on the counter attack. Boyd followed Brannagan into the book following an off the ball body-check. Maddison curled a free-kick wide of the target on 27 minutes after he himself had been felled after a mazy dribble.

Woodburn fired wide of the near post with a snap-shot moments later as Posh failed to clear the swirling ball forward. Kent was cautioned on 43 minutes for a foul as the first half drew to a close with Posh second best.

On the stroke of half-time, two corners from Maddison caused plenty of panic in the home defence with Cadden and then Henry both heading into the side-netting at the near post before the referee brought an end to the first half.

Posh made a double change at the break with Josh Knight and Frazer Blake-Tracy replacing Mo Eisa and Dan Butler. Maddison saw a swerving effort tipped over by Eastwood on 49 minutes as Posh made a lively start to the second period. Boyd fired over with a right-foot half volley after Maddison’s corner was only half cleared moments later.

Pym did well to get his fingertips to a cross-shot from Woodburn at the other end. Gorrin was cautioned or a foul on Dembele on 55 minutes. Maddison fired over from distance after a patient Posh move with Boyd, now deployed further forward, more of a menace.

The home side, rather against the run of play, should have doubled their lead on 69 minutes as Henry cracked an effort against the crossbar with Woodburn firing a presentable rebound over the bar from a suspiciously offside position.

Woodburn was denied by Pym on 77 minutes before the on-loan Liverpool man curled well wide of the target from 30-yards. Niall Mason warmed the gloves of Eastwood on 80 minutes, the keeper grabbing the ball at the second attempt.