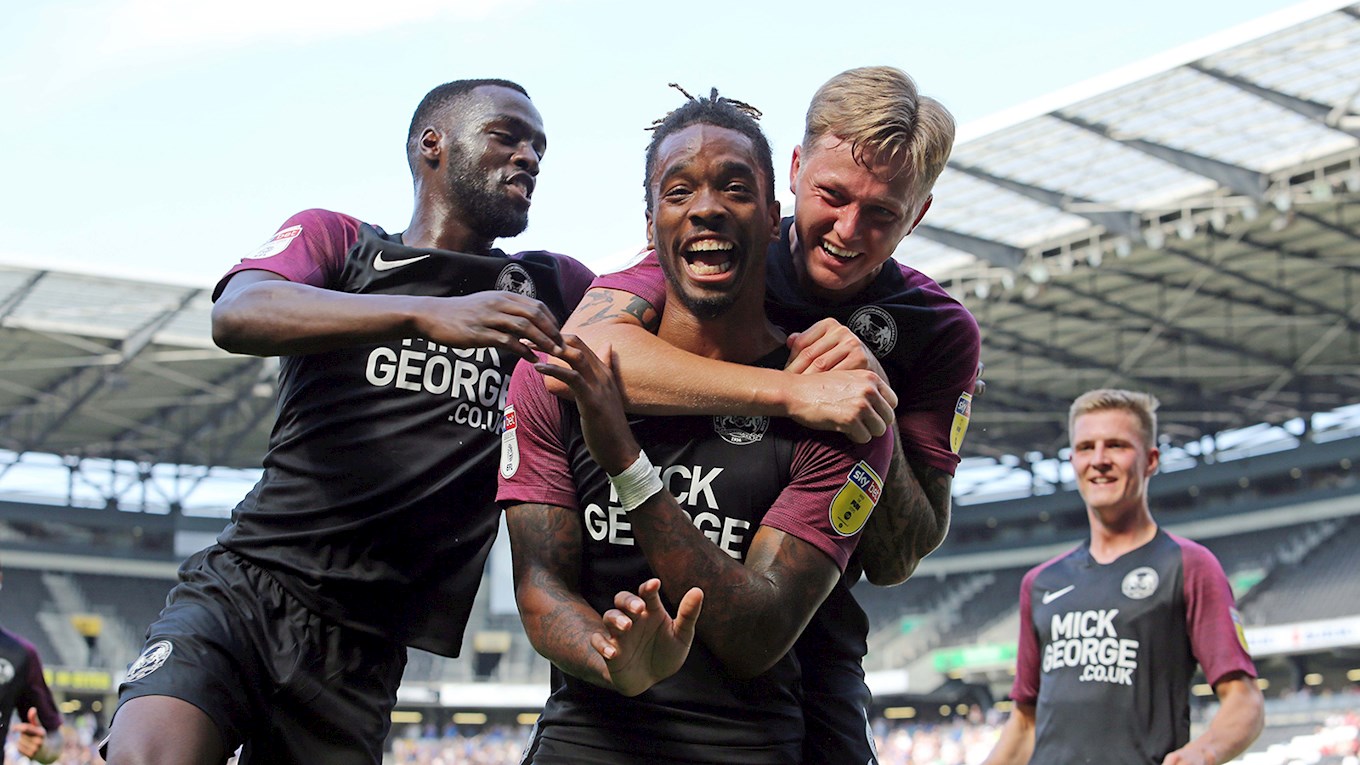 Darren Ferguson’s men made it two successive wins in league action with a 4-0 win at MK Dons.

Peterborough United romped to a 4-0 victory over Milton Keynes Dons in Sky Bet League One action with striker Mo Eisa taking his tally for the season to four with a brace against Paul Tisdale’s men at stadium: MK.

Marcus Maddison had a half chance inside the opening two minutes after a good flick-on from Ivan Toney, but the winger lofted his attempted lob over the crossbar. Mark Beevers saw a shot on the turn blocked as Posh continued to make the brighter start in the sunshine at stadium: MK.

Posh had appeals for a spot-kick turned down twice on seven minutes as Toney and Eisa both took a tumble in the box, both times the referee waved away protests. Reed then fired wide from long-range after good work by Knight to win possession back.

On 20 minutes, Posh got the breakthrough and what a breakthrough it was, Marcus MADDISON unleashing an unstoppable effort from long-range which cracked against the inside of the post before nestling in the back of the net.

Posh doubled the lead on 27 minutes as a wonderful free-kick from Maddison was powered home at the back post by Ivan TONEY for his fourth goal of the campaign. Boyd wasted a good chance to make it three but he sliced wide on the half volley after Toney had again caused problems in the air.

Gilbey fired over the bar on 38 minutes after a patient bit of possession from Paul Tisdale’s men. Posh made it 3-0 moments later though as a wonderful move concluded with a slick one-two involving George Boyd but it was striker Mo EISA who deserves all the credit, a good initial pass and then a composed finish into the bottom corner.

The fourth official indicated a minimum of two minutes at the end of the first half which didn’t provide any additional action. MK Dons made a change at the break with Rhys Healey replacing Gilbey. Boyd immediately had a half chance to make it four after cutting inside onto his right-foot but his effort was weak.

Maddison was denied by a good stop from Nicholls after a good burst down the right hand side as Posh pressed in the early exchanges of the second half. Eisa curled over with his left-foot after good work from Maddison again on 52 minutes. The Dons made a second change on 56 minutes with Ryan Harley introduced in place of Houghton.

Healey headed wide from a lobbed cross from Williams moments later as the Dons came close to reducing the arrears. Boateng was cautioned by Mr Davies for a foul on Maddison but thankfully the Posh star was able to carry on.

Posh introduced youngster Harrison Burrows for the influential Maddison on 70 minutes and three minutes he was helping to celebrate a fourth goal for Posh as EISA cracked home his fourth goal in three matches with a powerful right-footed effort.

Boyd was denied a first goal back in Posh colours on 84 minutes by a flying Nicholls save as Posh came close to a fifth goal. Dembele saw an effort from range tipped over by Nicholls on 88 minutes after beating two players in the build-up. Harley was cautioned for a bad challenge on Dembele right before the final whistle.