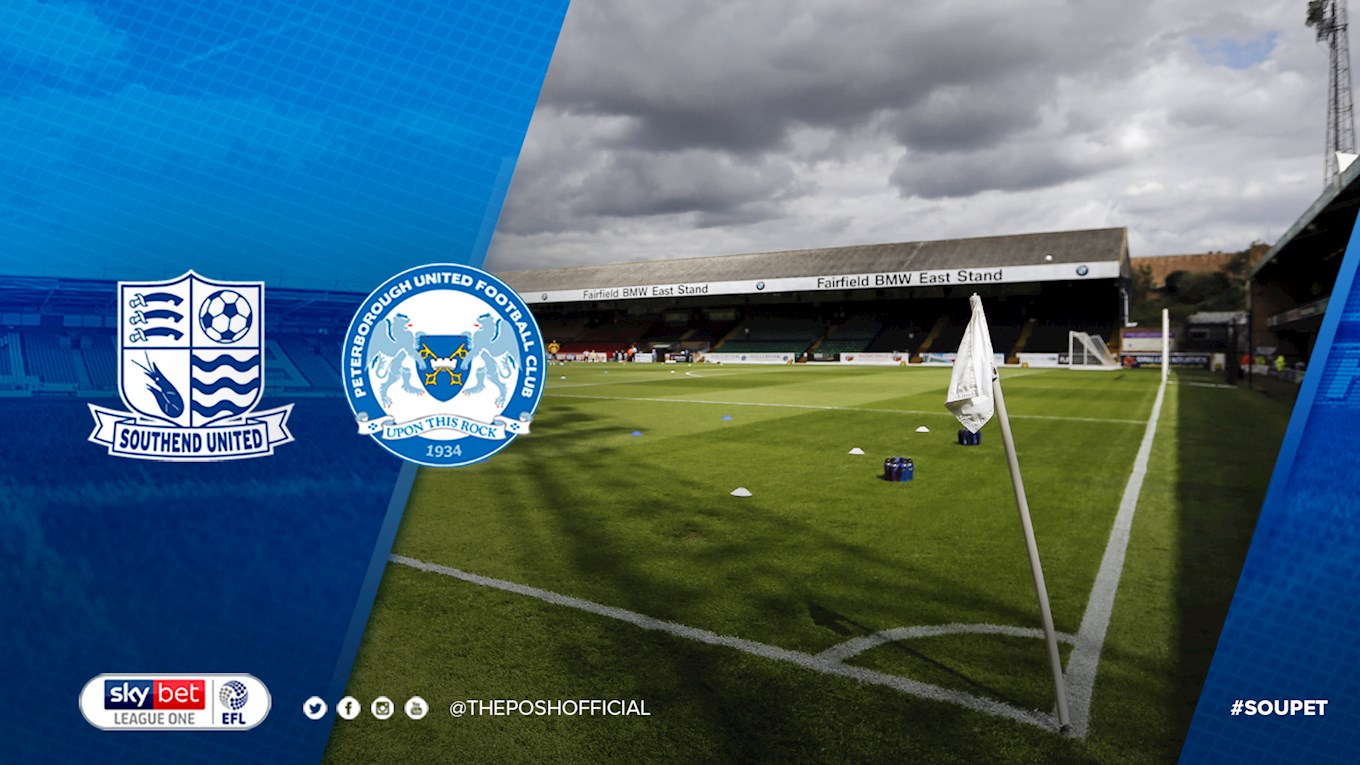 Peterborough United make the trip to Roots Hall to face Southend United in Sky Bet League One action on Tuesday evening (7.45pm) looking for the first win of the campaign after an improved display yielded a point against Ipswich Town at the Weston Homes Stadium on Saturday afternoon.

The Shrimpers are also without a win from their opening three league games but like Posh, have seen an upturn in their fortunes in terms of the performances. Kevin Bond’s men will provide difficult opposition under the lights in Essex.

Posh are reporting no injury worries to contend with ahead of the fixture with Serhat Tasdemir over the issue that forced him off against Oxford United in the first round of the Carabao Cup. Marcus Maddison came through over an hour against Ipswich with no ill effects.

Southend suffered a heavy defeat to Lincoln City and are expected to make changes with Manchester United loanee Ethan Hamilton set for his home debut. Hamilton scored against Posh last season during a loan stint at Rochdale.

“Southend have had a slow start, like ourselves, and they will be looking for an improvement. As I have always said, it is about our level of performance and if we play like we did on Saturday and cut out the sloppy errors then we will be okay,” Darren Ferguson said.

“Everybody’s on the floor like you can imagine. Three goals from set-plays – we know that they’ve scored all their goals previous to that from restarts and we’re killing ourselves. We’re aware of it and have emphasised that you need to have that mentality to not give away goals cheaply – you’re not going to win a game if you give away goals like that.

“It’s all about bouncing back at the game on Tuesday and we just need to see a reaction from the guys. The starting point has to be not conceding goals,” Southend boss Kevin Bond said.

Posh had sold 175 tickets in advance of the game at Roots Hall, but the match is not all-ticket. There is a price rise on the evening. Tickets remain on sale at www.theposhtickets.com, via the Ticketmaster hotline 0844 847 1934 (calls cost 7ppm plus your network access fee) and at the Weston Homes Ticket Office until 11am on Tuesday.

Posh will be in the third kit for the clash with the Shrimpers (white).

The match referee is Alan Young