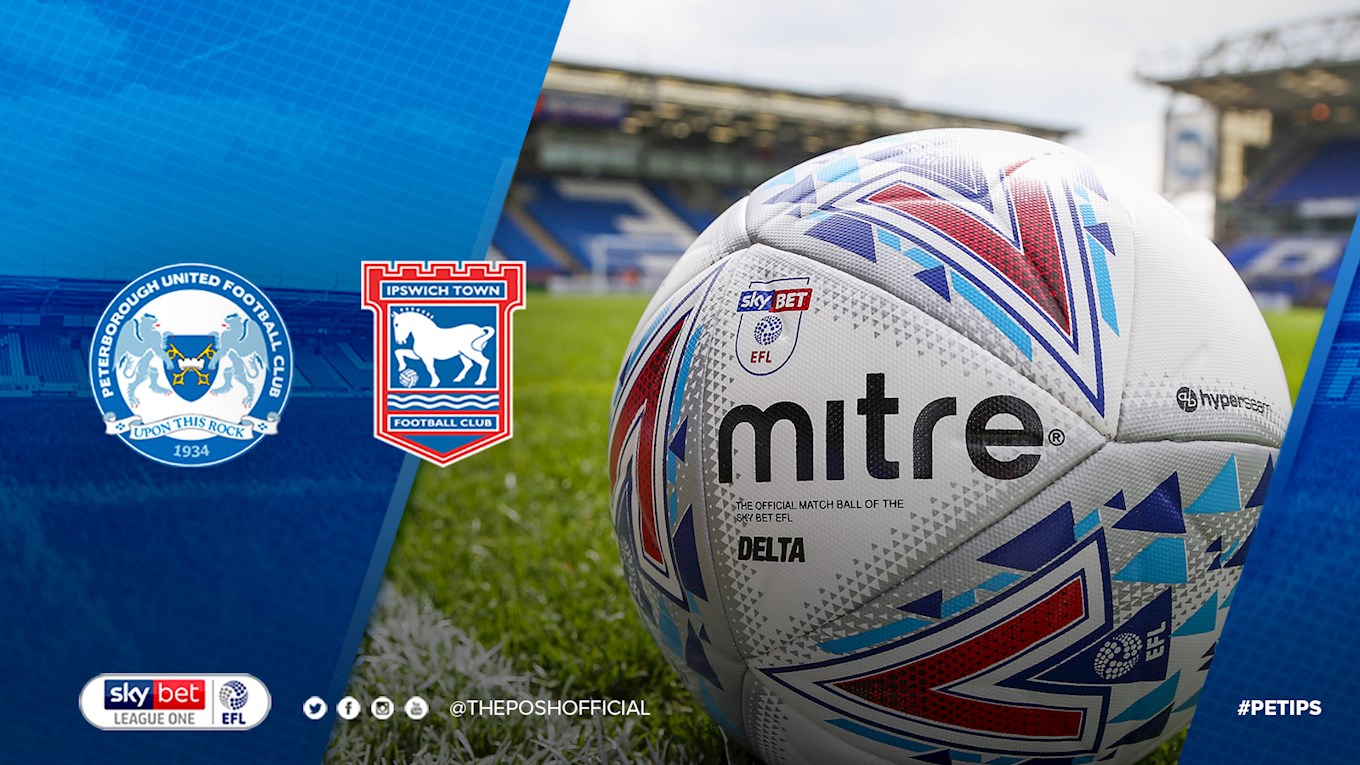 The Tractor Boys arrive in good form after a draw with Sunderland and a victory at Burton Albion and they will be backed by over 4,000 supporters after they snapped up their full allocation for the fixture.

Posh welcome back Marcus Maddison from injury for the clash with the Tractor Boys. He has been struggling with a knock since the defeat to Oxford United last Saturday. Serhat Tasdemir was forced off during the Carabao Cup tie due to severe cramp but has recovered sufficiently to be in the squad.

Ipswich could field former Posh favourite Gwion Edwards for the first time in a number of months after he came through an hour of a fixture in midweek. Meanwhile, Luke Garbutt, who has netted twice already this season, has been ruled out for up to a month with injury.

“Ipswich are a strong side, they have two good forwards who can cause problems and they are well organised. They have a good manager too. They will be backed by over 4,000 supporters, so it should be a really good atmosphere and we are looking forward to the test that Saturday will provide,” Darren Ferguson said.

“We are going to be backed by 4,000 fans which is incredible. It will be a tough game but we will go there and try and win. We respect them, but we go there to win. We have a few bumps and bruises. Gwion is ahead of Jon (Nolan) but they are still off it game time,” Ipswich boss Paul Lambert said.

Tickets are available at www.theposhtickets.com, via the Ticketmaster hotline 0844 847 1934 (Calls cost 7ppm plus your network access fee) and in person at the Weston Homes Stadium Ticket Office.

There is plenty of fun for all the family in the fan zone before the game on Saturday. The fan zone will be open from 1pm with inflatables and information about the club’s charity of the year. Remember too, that Peter’s Burrow in the concourse of the BGL South Stand will be open from 1.30pm (in association with Smyths Toys).