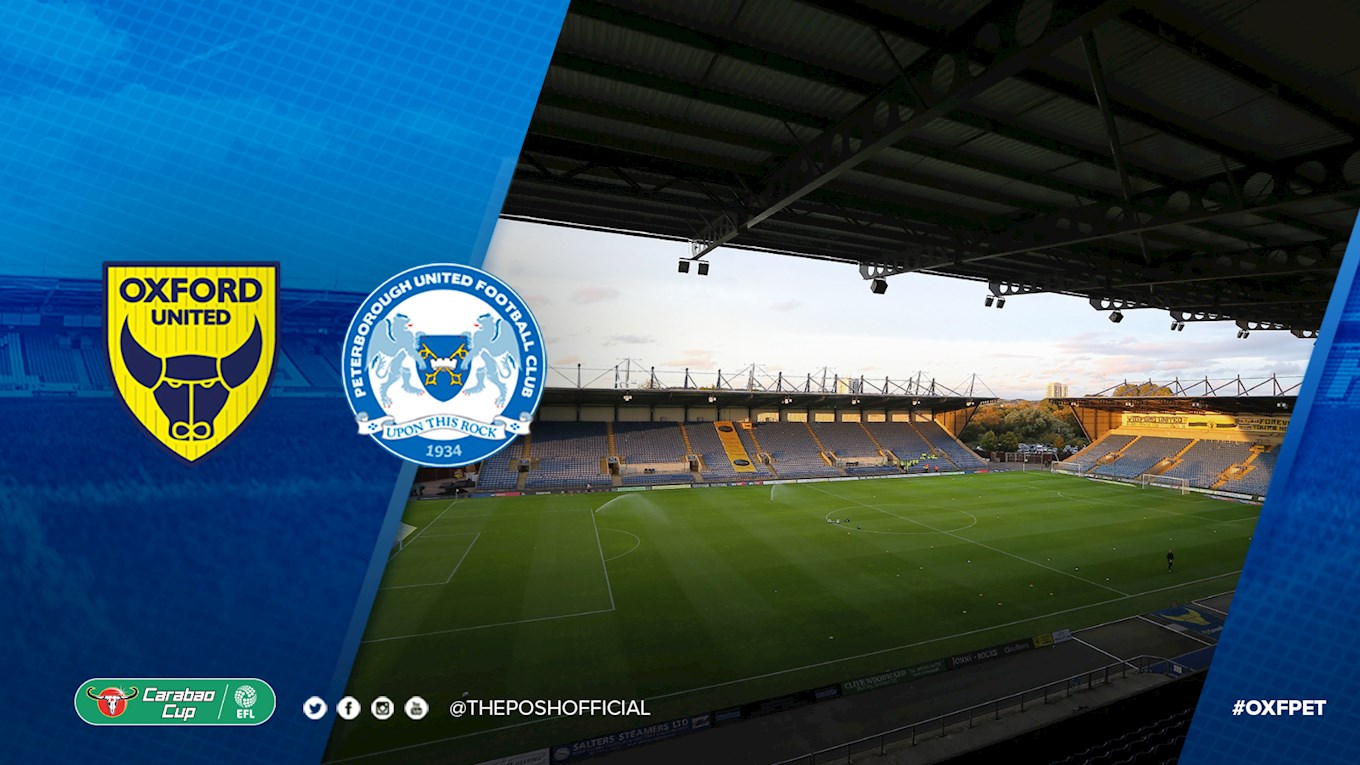 Posh travel to the Kassam Stadium for the second time in the last few days, this time in Carabao Cup first round action.

Peterborough United travel to the Kassam Stadium on Tuesday night to face fellow Sky Bet League One side Oxford United in the first round of the Carabao Cup (7.45pm) in a tie that must be played to a finish with penalties if required.

The two sides met in the league on Saturday with Karl Robinson’s men coming out on top 1-0 thanks to an early goal from Cameron Brannagan. Both sides could make changes for this encounter with the second draw set to take place following the final whistle, live on Sky Sports from Salford who entertain Leeds United.

Posh boss Darren Ferguson is expected to ‘freshen’ his side up for the game, but declined to give too many details in the pre-match press conference other to suggest that winger Marcus Maddison is a doubt with a groin injury. There are no other fresh injury worries reported from the weekend defeat.

Oxford strengthened their squad ahead of the game with the signing of former Burnley striker Dan Agyei and although he is short of fitness, he could be named in the squad. Bristol City striker Matty Taylor is also tipped to make a move to the U’s on-loan, although he would have to be registered by 12pm today (Monday) to feature.

“I don’t think Karl Robinson, like me, would really want this game so soon after Saturday between the two sides, but there is nothing we can do about it. At least, in terms of preparation, it is slightly easier because we will take the positives from the second half on Saturday and look for more energy to our performance. It is a night game, under the lights and it has to be played to the finish so both teams want to progress and will be going all out for the win.

At 3pm on Monday, Posh had sold 102 tickets. The game is not all-ticket and tickets can be purchased on the night. Tickets will be on sale at the Weston Homes Ticket Office and online at www.theposhtickets.com until 12pm on Tuesday.

Posh will be in the home kit for the game.