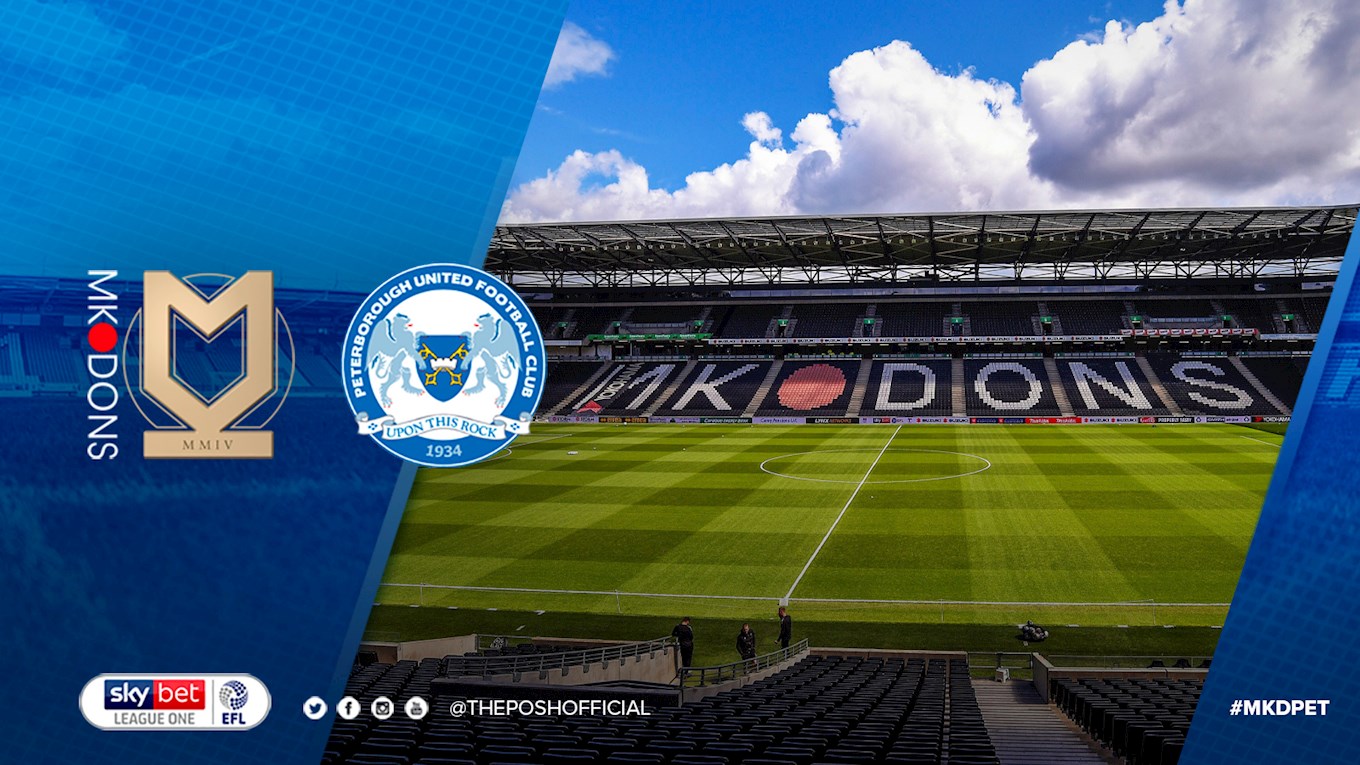 Posh head to Milton Keynes Dons in League One action on Saturday (3pm).

Peterborough United look to build on Tuesday night’s 2-0 victory at Southend United on Saturday when they travel to stadium: MK to face Milton Keynes Dons (3pm) with Darren Ferguson’s men set to be backed by a large contingent of supporters in a game that has always had that extra bit of spice.

The two teams were regular competitors in the first spell under Ferguson as both sides battled for promotion and every Posh fan will remember the play-off semi-finals, particularly the 2-0 victory at the Weston Homes Stadium in arguably one of the best atmospheres ever witnessed in the city.

Posh have no fresh injury worries to contend with ahead of the trip with Marcus Maddison nearing full fitness after 70 minutes in the last two games against Ipswich Town and Southend United. Posh could well name an unchanged line-up following the performance at Roots Hall.

Recent MK Dons signing Ben Reeves is set for a spell on the sidelines after ‘kicking himself’ during training this week. Former Posh striker Kieran Agard is expected to be involved for the Dons while defender Russell Martin is set to start at the heart of a back three for the Dons.

“It is a big pitch, we will be coming up against a formation that we have yet to face this season and they are a good side, but we know that if we reach the levels we can, then we will be okay. We will be backed by a good crowd, we always are at MK and it is a game that we are all looking forward too,” Ferguson said.

“We will always look at a characteristic of a game, you need to understand the emotional factors which may influence how people feel. There is a rivalry to it, the clubs have played together many times, and they're a barometer for us coming up to this league.

"They're an established League One team, they've been up to the Championship, and a top contender in League One, with a manager who knows the club and how they want to play. This will be a good test,” MK Dons boss Paul Tisdale said.

Tickets will remain on sale at www.theposhtickets.com, via the Ticketmaster hotline 0844 847 1934 (calls cost 7ppm plus your network access fee) and in person at the Weston Homes Stadium Ticket Office until 2pm on Friday. The game is not all-ticket and there is no price rise. As at 9am on Friday, Posh had sold over 1,300 tickets for the game.

The new black and pink away kit will make its debut on Saturday.