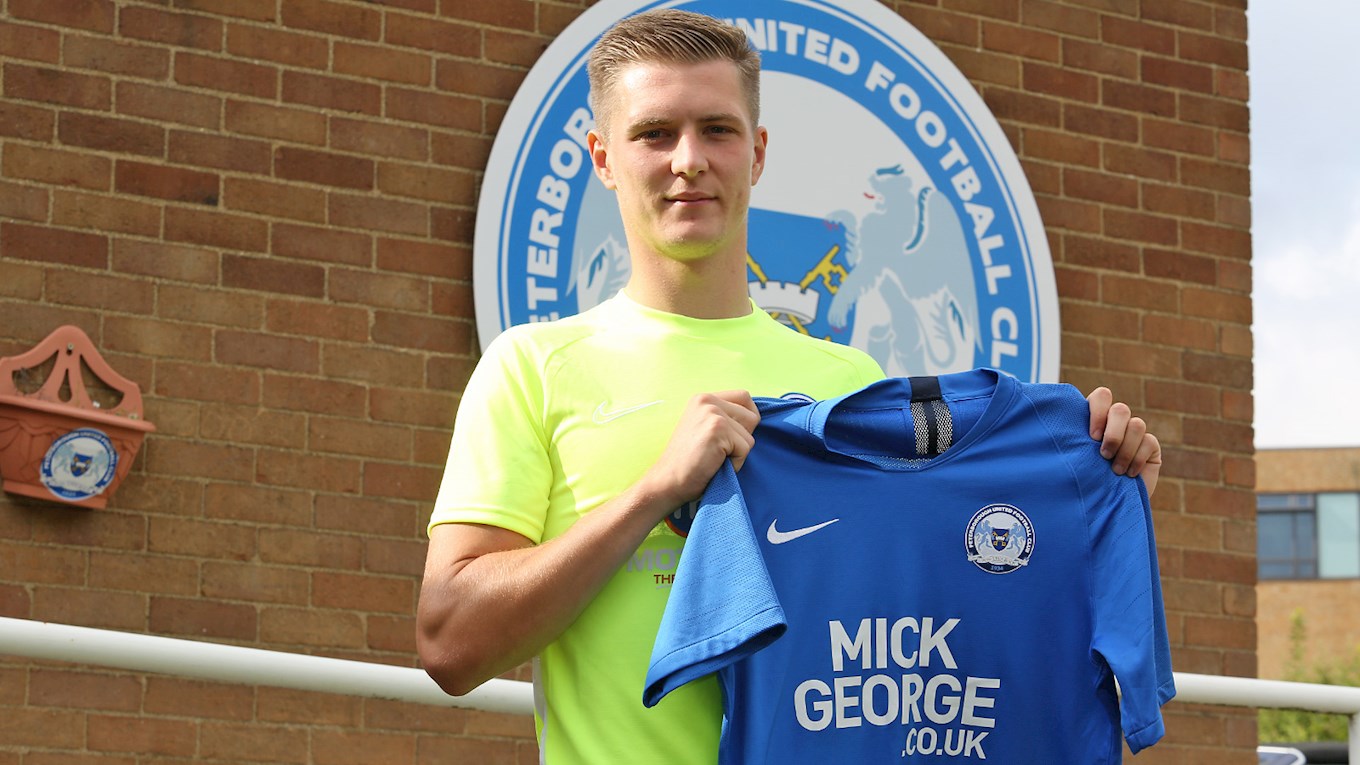 Ahead of the season opener, Posh have bolstered their squad with a familiar face.

Peterborough United have added to their squad ahead of Saturday’s Sky Bet League One opening day clash with Fleetwood Town with the signing of versatile Leicester City starlet Josh Knight, who has agreed a season-long loan switch to the Weston Homes Stadium.

Knight, who spent a spell at Posh last term, has re-joined the club, completing the formalities at the stadium on Friday morning. Knight, who can operate as central defender or a central midfielder, will train with his team-mates and may be included in the squad to face the Cod Army on Saturday afternoon (3pm).

Manager Darren Ferguson was pleased to seal a deal for Knight and is looking forward to working with him again. “We said previously that we didn’t want to make loan signings for the reasons that I gave at the time, but I always felt that I needed someone extra to cover midfield and Josh fits that bill.

“We spoke to Josh at the end of the season and said that we would keep an eye on his situation because we felt he coped well at our level in both the position of central midfield and central defence. We said that we would let him do the pre-season with Leicester because we knew it could be a possibility and I am delighted to get it over the line.

“He knows the club, he knows how I work and want I want from my players and he knows a lot of the lads so I have no doubt he will hit the ground running. His versatility is important and I believe it is a really good signing for the football club. We have made 10 signings and I don’t envisage any more now.”

Knight added: “I know the manager and knows how he wants to play and I enjoyed my time here before. I am excited to start the season here. It was good to do pre-season in familiar surroundings at Leicester, but I am pleased to be here now.”

The 21-year-old was hampered by injury on arrival during his first spell at the Weston Homes Stadium, but ended the season well as he moved into centre midfield. Knight will wear the number 8 shirt.

Kit sponsorship for Josh is available. Call 01733 563947 or email commercial@theposh.com for further details.