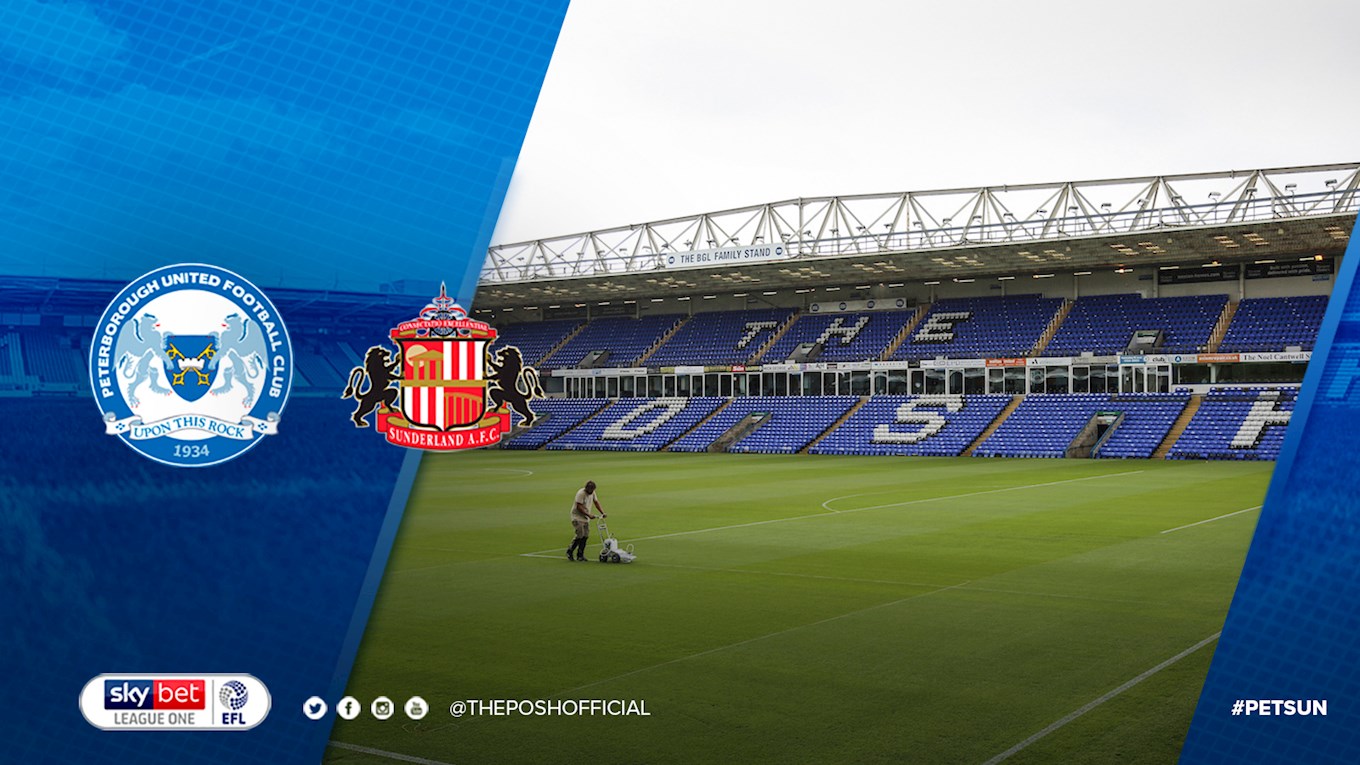 Posh entertain Sunderland at the Weston Homes Stadium on Saturday and tickets are available now!

Peterborough United will be looking to make it three Sky Bet League One victories in a row on Saturday when Darren Ferguson’s men welcome fellow in-form side Sunderland to the Weston Homes Stadium (3pm).

The Black Cats have won their last four in all competitions including a hard-fought 2-1 success over fellow promotion hopefuls Portsmouth at the Stadium of Light and have bolstered their squad with the signing in the last few days of experienced defender Joel Lynch following his departure from Queens Park Rangers.

Posh boss Darren Ferguson, who has overseen a 2-0 win at Southend and a thumping 4-0 success at MK Dons at the weekend, knows it will be a tough test against the Black Cats but believes a win would mean the club could reflect on a decent start to the campaign.

“It is a very tough game against a good side. We have had a tough month if I am honest when you look at the games that we have faced. If we can get a result against Sunderland, it would probably be a decent start, but it is only a start and I don’t tend to look at the league table this early in any case,” Ferguson said.

Sunderland have been given just over 4,000 tickets for the game and had sold over half prior to Saturday’s game with AFC Wimbledon at the Stadium of Light. They will be accommodated in the Motorpoint Stand as well as the normal away section of the North Stand.

Posh fans can purchase tickets at the Weston Homes Stadium Box Office (open 9-5, Tuesday-Friday), via the Ticketmaster hotline 0844 847 1934 (Calls cost 7ppm plus your network access fee) or online at www.theposhtickets.com.