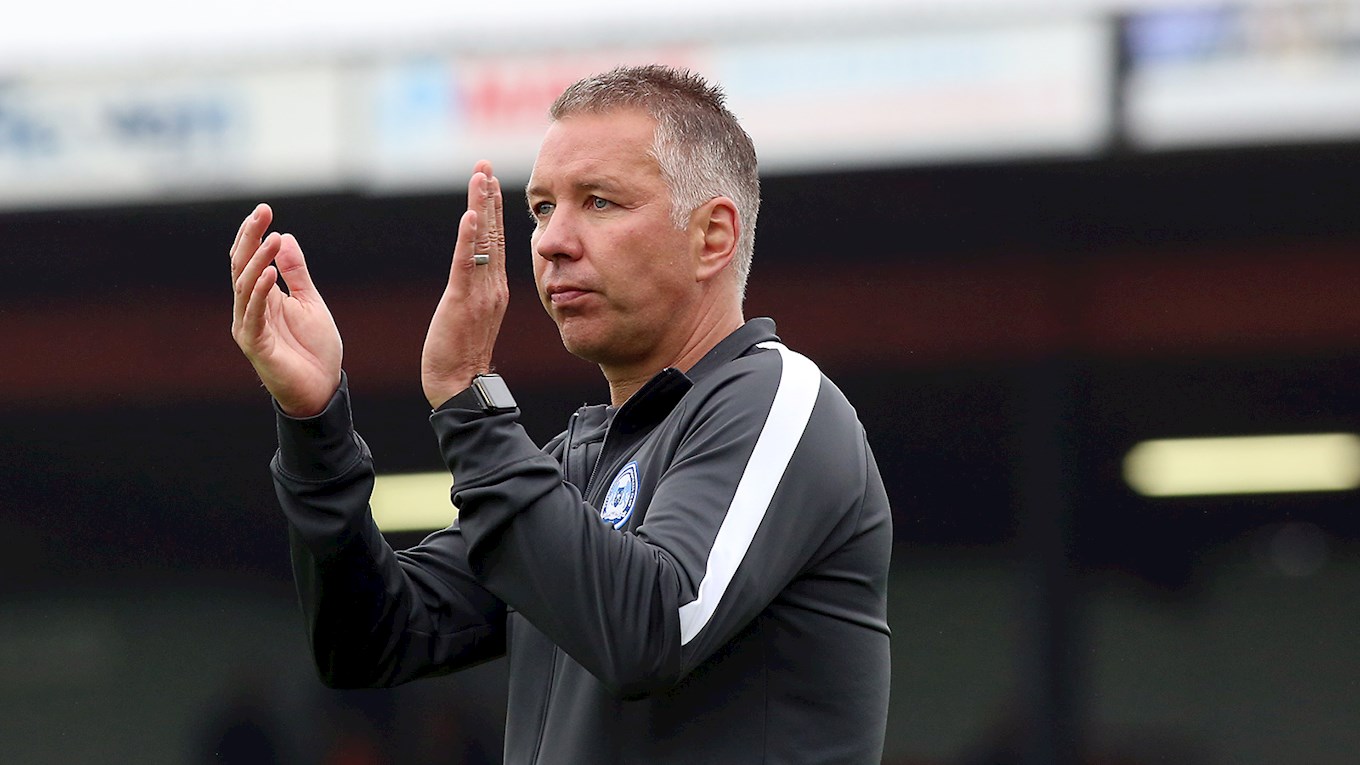 Posh entertain Ipswich Town at the Weston Homes Stadium on Saturday and boss Darren Ferguson believes it will be a good test.

Peterborough United face recently relegated Ipswich Town in the third league game of the season at the Weston Homes Stadium on Saturday and the atmosphere is set to be aided by over 4,000 away supporters from Suffolk.

Manager Darren Ferguson and his team are still looking for their first win of the season after an opening day reverse to Fleetwood Town and a narrow defeat at Oxford United last Saturday. Ferguson believes it is a good game for his squad.

“Ipswich getting relegated obviously means they’re one of the bigger clubs in the league. Come the end of the season they’ll probably be one of the teams up there – they have a very experienced manager and have started the season well. It’s going to be a test for us. These are the games that I look forward to and the players want to play in.

“There will be 4,000 away supporters and I draw similarities from the back end of last season when we faced Sunderland. It was a big crowd and a big atmosphere and I expect similar on Saturday. Obviously we’re disappointed with the results at the start of the season, to lose three games on the bounce at any stage is disappointing.

“After analysing the three games we’ve played it’s not hard to see that the goals we’ve conceded have all been avoidable. It’s all about what my players give, I saw some good signs on Tuesday, added to the second half against Oxford on the Saturday – we’ve just got make sure we keep progressing. We have got different ways of playing in terms of formations and shapes.

“As I said I can see good signs, so we just need to keep the belief and stick to our guns. There’s no lack of confidence but we just have to iron out certain things. I’m convinced once we get that first win, we’ll be absolutely fine and we’ll start putting results together,” Ferguson said.

Tickets for Saturday’s game are available at www.theposhtickets.com, via the Ticketmaster hotline 0844 847 1934 (calls cost 7ppm plus your network access fee) and in person at the Weston Homes Stadium Ticket Office.