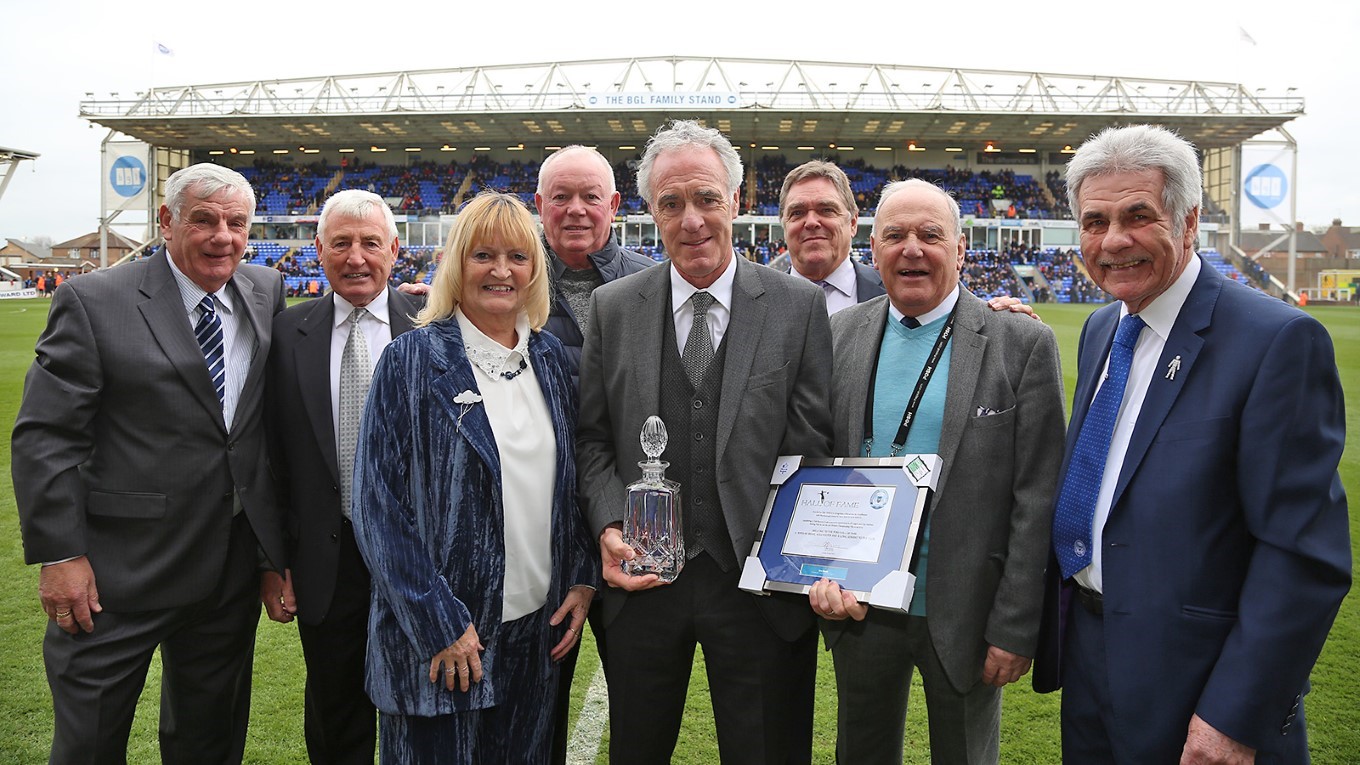 Steele Inducted Into Hall Of Fame

Ahead of Saturday’s victory over Gillingham, the football club made their latest induction into the Hall of Fame.

Peterborough United were delighted to officially induct former goalkeeper Eric Steele into the club’s Hall of Fame with Historian Peter Lane making the presentation prior to the Sky Bet League One victory over Gillingham at the ABAX Stadium.

Steele, who went on to be Goalkeeping Coach at Old Trafford for Manchester United for Sir Alex Ferguson, made 148 appearances for the Posh. Prior to kick-off, Steele spent time with manager Darren Ferguson in the manager’s office before enjoying hospitality in the Caroline Hand Executive Suite.