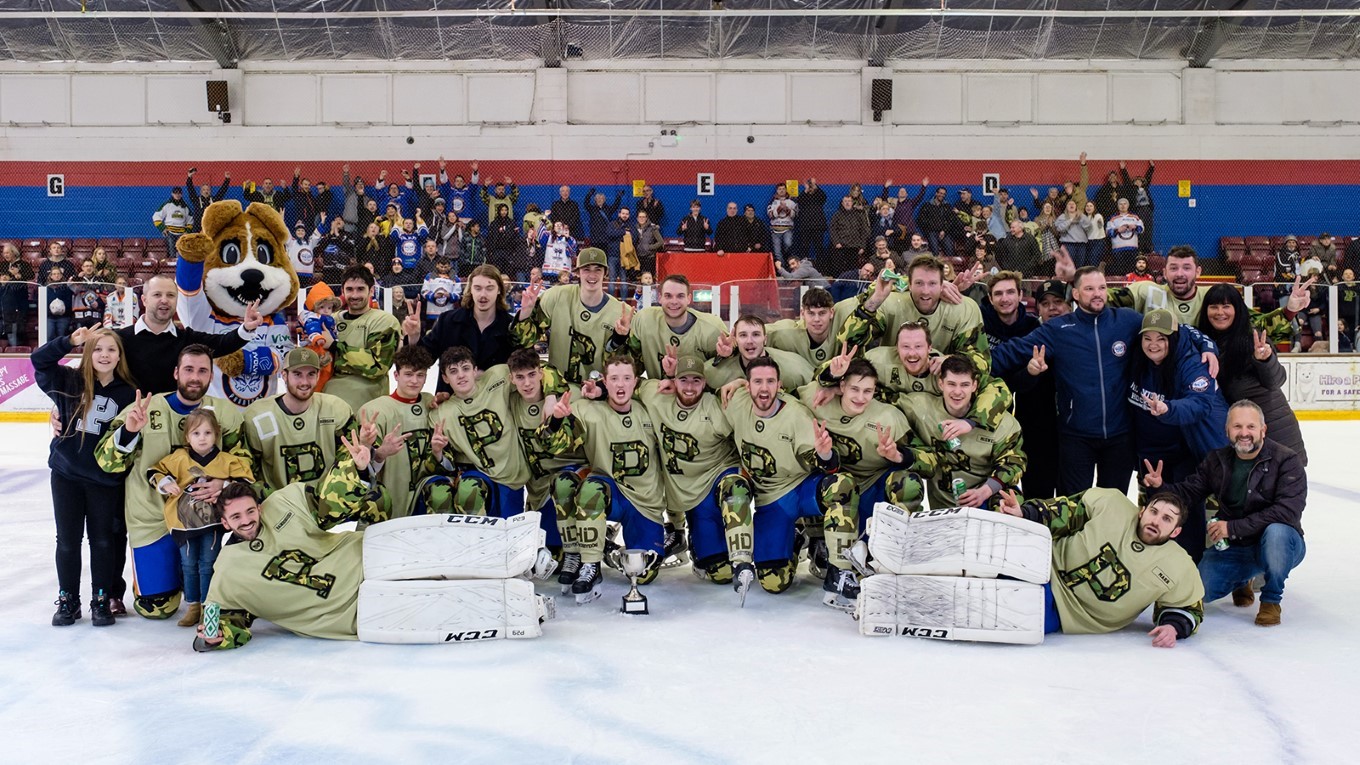 The Peterborough Phantoms Ice Hockey team have made it through to their 3rd Final of the season and they need your support!

The Final will take place on Sunday at Planet Ice Peterborough with Bracknell Bees the opposition (5.30 Face-Off) and it promises to be an entertaining evening of ice-hockey!

Phantoms are a Professional team that plays within the National Ice Hockey League (second tier in the UK) and have had an extremely successful season so far by winning two Cups and narrowly missing out on the League by six points.

Now the team have entered Play-Offs and have beaten off competition in the South to compete in the South Play-Off Final against the Bracknell Bees and also go forward to the National Finals in Coventry on Saturday 13th/Sunday 14th April, meaning they are competing for two trophies in two weeks.

The Phantoms are looking to repeat history and also break history in the next two weeks. The Phantoms 10 years ago broke history in being the only Treble-winning team in the EPL, this has never been broken and the title still remains with the Phantoms, this year they will be looking to match this on Sunday but also break it the week after by going for the quad.

Tickets are available at www.gophantoms.co.uk