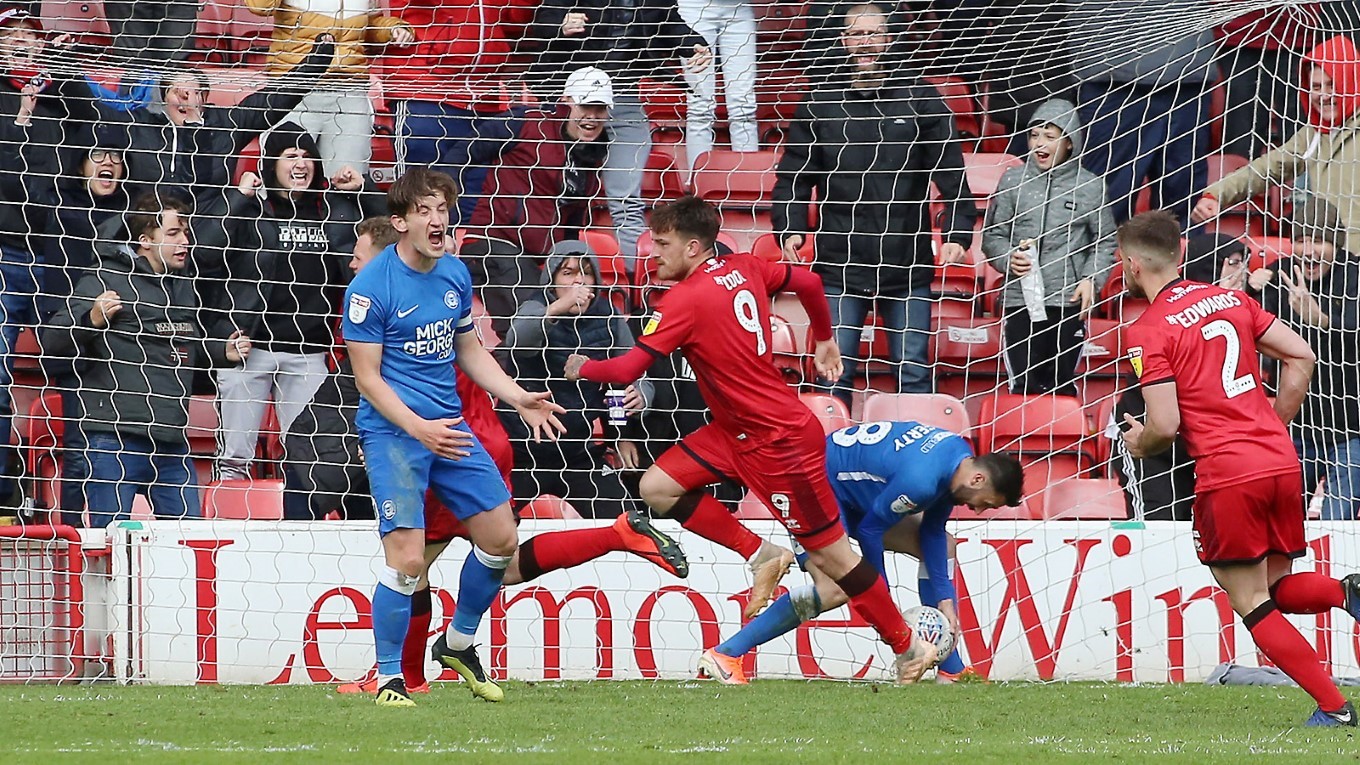 Match report for Walsall vs Peterborough United on 27 Apr 19

Darren Ferguson apologised to the Posh fans following a comprehensive defeat to Walsall.

Peterborough United’s hopes of reaching the Sky Bet League One play-offs were dealt a huge blow by a crushing 3-0 defeat at relegation threatened Walsall who played the conditions and took their opportunities in front of goal.

Darren Ferguson’s men never got going after Marcus Maddison’s early effort was saved and only a point for Doncaster at Oxford keeps the challenge alive with a win at Portsmouth on Tuesday now a must if Posh are going to take it to the final day.

Joe Edwards sent a low shot wide from 25-yards on 13 minutes after being afforded a bit too much room in midfield. Gordon fired wide of the near post on 22 minutes as the Saddlers caught Posh on the counter attack and moments later, Posh were forced into a change with Ivan Toney replacing the injured Cooper.

Jason Naismith saw a deflected effort from range gathered by keeper Dunn on 26 minutes. Cook fired wide for Walsall on 36 minutes. In first half injury time, the Saddlers got their noses in front as a deep cross was nodded home at the far post by COOK.

Dobson curled over deep into stoppage time before the referee brought an end to a very scrappy 45 minutes. Dobson was cautioned for a blatant body check on Dembele three minutes after the re-start.

Walsall doubled the lead on 56 minutes as a low cross from Gordon was bundled into his own net by Lafferty at the far post. Posh made an immediate change with Joe Ward replacing Dembele. Woodyard was booked for a foul on the hour mark as Walsall, visibly lifted by the second goal, went on the charge.

Posh made their final change on 65 minutes with Lee Tomlin replacing Lafferty as Posh changed their shape to wing backs. Naismith saw a low effort gathered by Dunn on 67 minutes after Posh found a bit of space in midfield.

Walsall made it 3-0 on 74 minutes as Cook outmuscled Bennett down the right and his low cross was converted at the near post by GORDON. Toney saw a free-kick go into the side-netting of the near post as the Posh fans began to stream for the exits.