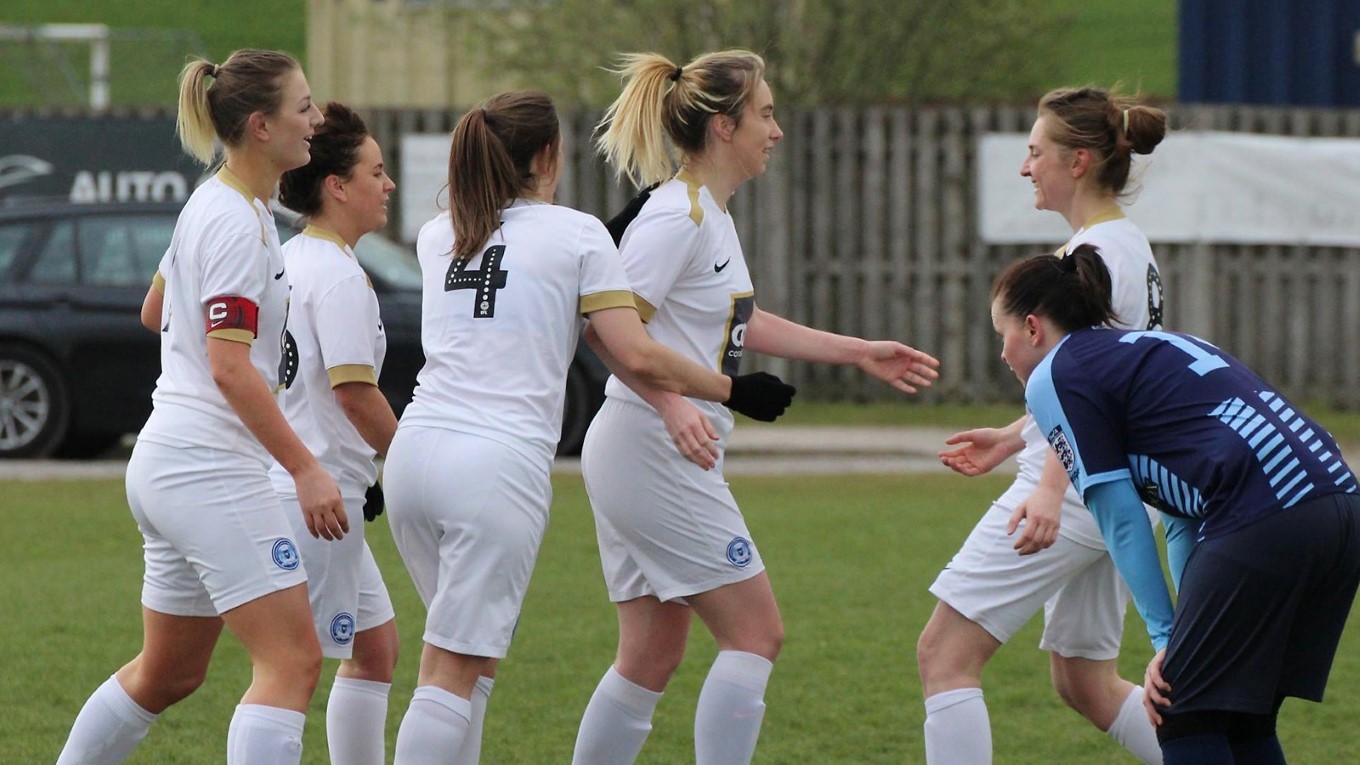 The Peterborough United Ladies recorded an important success against Rise Park at the weekend.

Peterborough United Ladies secured another crucial three points as they enter the final stages of their league campaign, with a 3-1 victory away to Rise Park.

Posh struggled to find momentum throughout the first half and Rise Park found a formula to frustrate Posh. That was with the exception of the only goal of the first half from Posh striker Donna McGuigan. McGuigan latched onto a perfectly weighted through ball from midfielder Jess Driscoll - McGuigan fired home from close range, after her initial shot was parried by the Rise Park goalkeeper.

Posh improved in the second half and created plenty of chances and looked much more threatening going forward. Megan Parrett saw a fine strike rattle the crossbar and Keir Perkins also came close - only to be denied from a resilient Rise Park keeper. Arguably against the run of play, Rise Park managed to counter and brought the game level ten minutes into the second half.

Posh continued to probe but the longer the half went on, it appeared as though they weren’t going to be able to convert their opportunities in front of goal. That was until Parrett found herself unmarked just inside the right hand side of the the penalty box, she managed to nick the ball round the oncoming keeper and score to make it 2-1 with five minutes left to play.

McGuigan doubled her tally in the final minute of the game to wrap up all three points. Posh currently sit second in the league table, with three league games left to play. Their next league fixture is Sunday 21st April at Mick George Training Academy - 2:00pm kick off vs Eastwood.