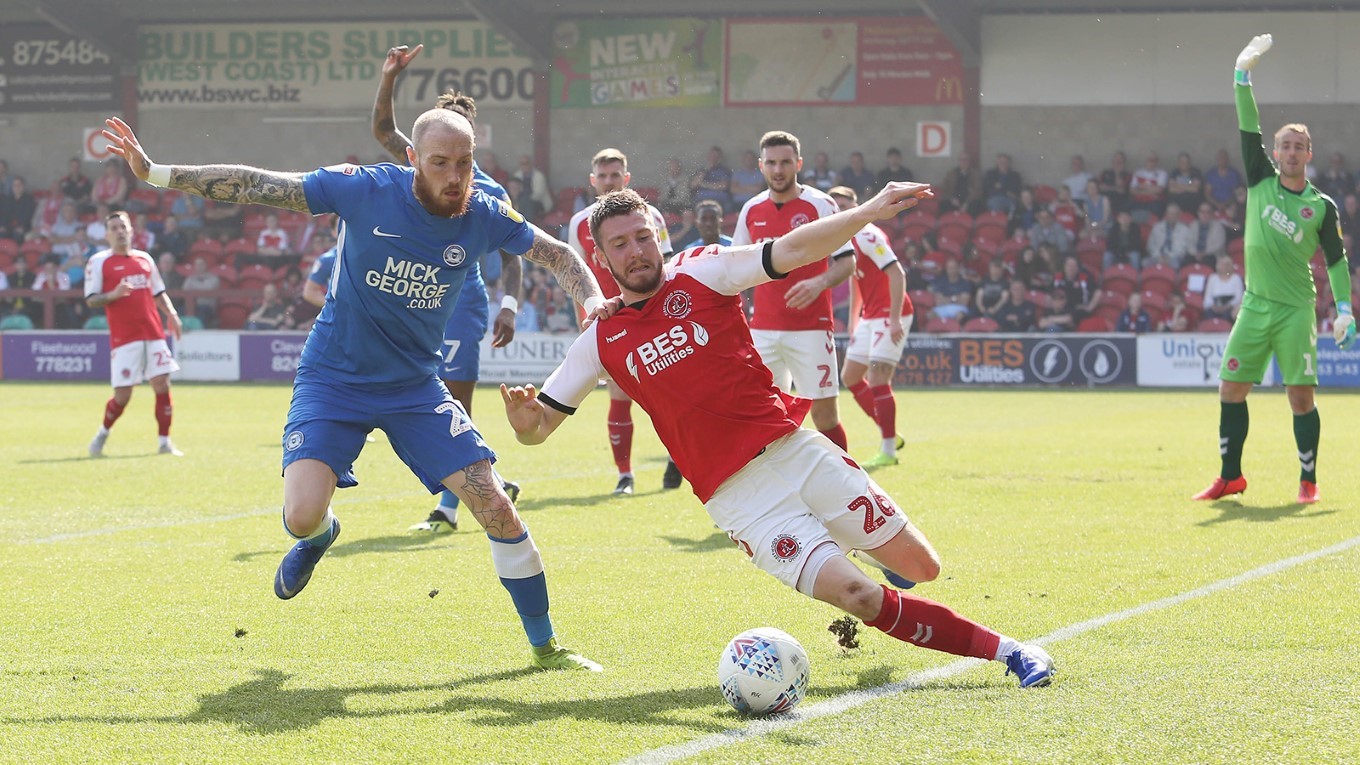 Fleetwood Town grabbed an unlikely point deep into stoppage time as Peterborough United were denied a fourth successive victory by substitute Ashley Hunter, who saw his low volley find the back of the net after a long throw was only half cleared.

Siriki Dembele saw an early effort blocked and Marcus Maddison fired over with his right-foot as Posh tried to find a breakthrough in the opening 10 minutes of the contest at Highbury. Posh were given a spot-kick on 18 minutes as Maddison was tripped in the box by Coyle but goalkeeper Alex Cairns stood tall and denied the Posh winger from the spot.

Toney flashed a shot across the six-yard box moments later after a fine pass picked him out in space. At the other end, Paddy Madden fired over from 12-yards after a good run down the right hand side from Coyle saw him burst into the box.

The home side wanted a spot-kick on 29 minutes as Coyle appeared to go to ground under a challenge from Reed but the referee gave a free-kick to Posh on the advice of his assistant referee. Chapman did well to keep out a clever chip from Madden on the half hour mark, the Posh keeping backtracking before tipping it over for a corner.

Maddison saw a well struck free-kick crash against the crossbar on 38 minutes after Dembele had once again been upended without a booking being issued to a Fleetwood player. Posh had a number of set-pieces as the half wore on but couldn’t force goalkeeper Cairns into more action as the half came to a close.

Husband was cautioned for a foul on Maddison a minute into the second period by referee Mr Nield. From the resulting free-kick, Bennett nodded across to Toney who hit the base of the post with his diving header. Maddison then sent a left-footed effort inches past the post from 25 yards after cutting inside from the right.

The deadlock was broken on 63 minutes as MADDISON atoned for his earlier penalty miss by converting at the back post following a cross from Jason Naismith. Madden guided a shot wide of the target on 66 minutes after a free-kick was only half cleared by the Posh defence.

Posh made a change on 75 minutes with George Cooper replacing Tomlin and Fleetwood making a double change as Hill and Hunter came on. Reed fired over from long-range before Matt Godden replaced Toney.

Eastham was shown a yellow card for a blatant foul on Cooper on 86 minutes. Maddison fired the resulting free-kick straight into the arms of Cairns. The home side found an unlikely equaliser deep into stoppage time as HUNTER cracked home a volley from an acute angle after Posh failed to clear a long throw.