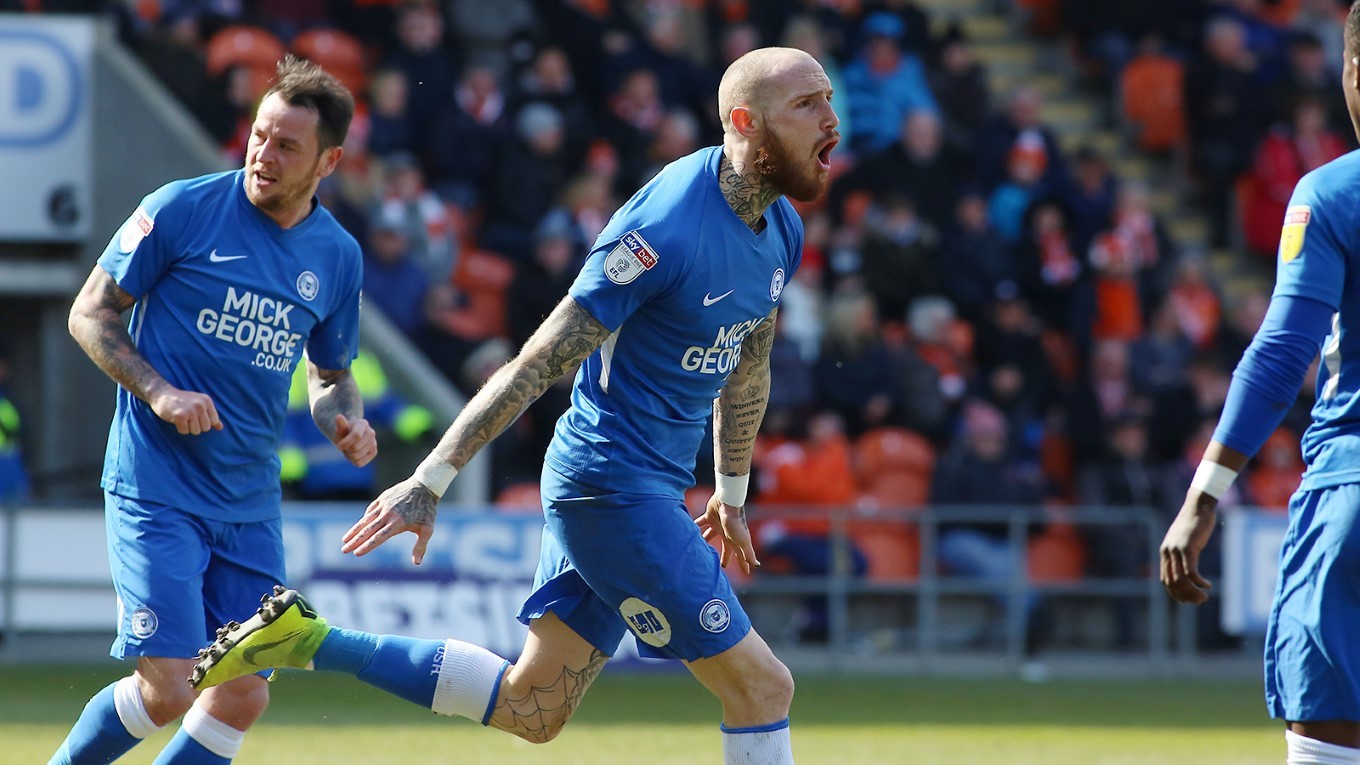 Match report for Blackpool vs Peterborough United on 13 Apr 19

Darren Ferguson’s men kept up the pressure on Doncaster Rovers with a 1-0 victory against Blackpool at Bloomfield Road.

Peterborough United made it three victories in a row without conceding a goal for the first time in the league since 2013 as a superb effort from Marcus Maddison secured all three points at Bloomfield Road.

The powerful Armand Gnanduillet headed wide on five minutes as Blackpool came close to the breakthrough following a clipped cross into the box from Bola. Ivan Toney sent a drive from 25-yards wide at the other end on 11 minutes after being picked out in a bit of space from the skipper Woodyard.

Posh had several efforts blocked as the game reached the 20-minute mark, Darren Ferguson’s men playing some good football on a difficult pitch up until the final third. Feeney headed over from a corner kick on 24 minutes after the Tangerines made progress down the left.

Posh were a whisker away from the opening goal on 34 minutes as a diagonal pass from Tafazolli was met on the volley from Toney, excellent technique, but unfortunately for the former Newcastle man his effort clipped the crossbar.

Tomlin sent an effort well wide after good work from Dembele initially, the on-loan Cardiff man couldn’t keep his powerful drive on target. The deadlock was broken on 41 minutes and it was MADDISON again on the score-sheet, his 51st goal for the club and superbly taken after a clever Tomlin through ball.

Toney saw a scuffed volley claimed by Mafoumbi and Dembele was hampered by a heavy first touch as Posh made a decent start to the second period. Blackpool made a double change just before the break with Chris Long and Donervan Daniels introduced.

Joe Ward replaced Tomlin on 70 minutes but moments later Posh were indebted to some good defending at the back post by Jason Naismith to keep out the onrushing Long. George Cooper replaced Dembele with ten to play as Ferguson made his second change.

Toney and Maddison linked well on 85 minutes, but the latter couldn’t keep his right-footed effort down, not troubling the keeper. Substitute Long fired over at the other end from 30-yards, a well-struck effort but never forcing Chapman into a save.

Chapman did deny Kirby on 85 minutes as Posh struggled to clear in their own penalty area. Toney and Maddison both had chances in stoppage time with keeper Mafoumbi doing well to smother.