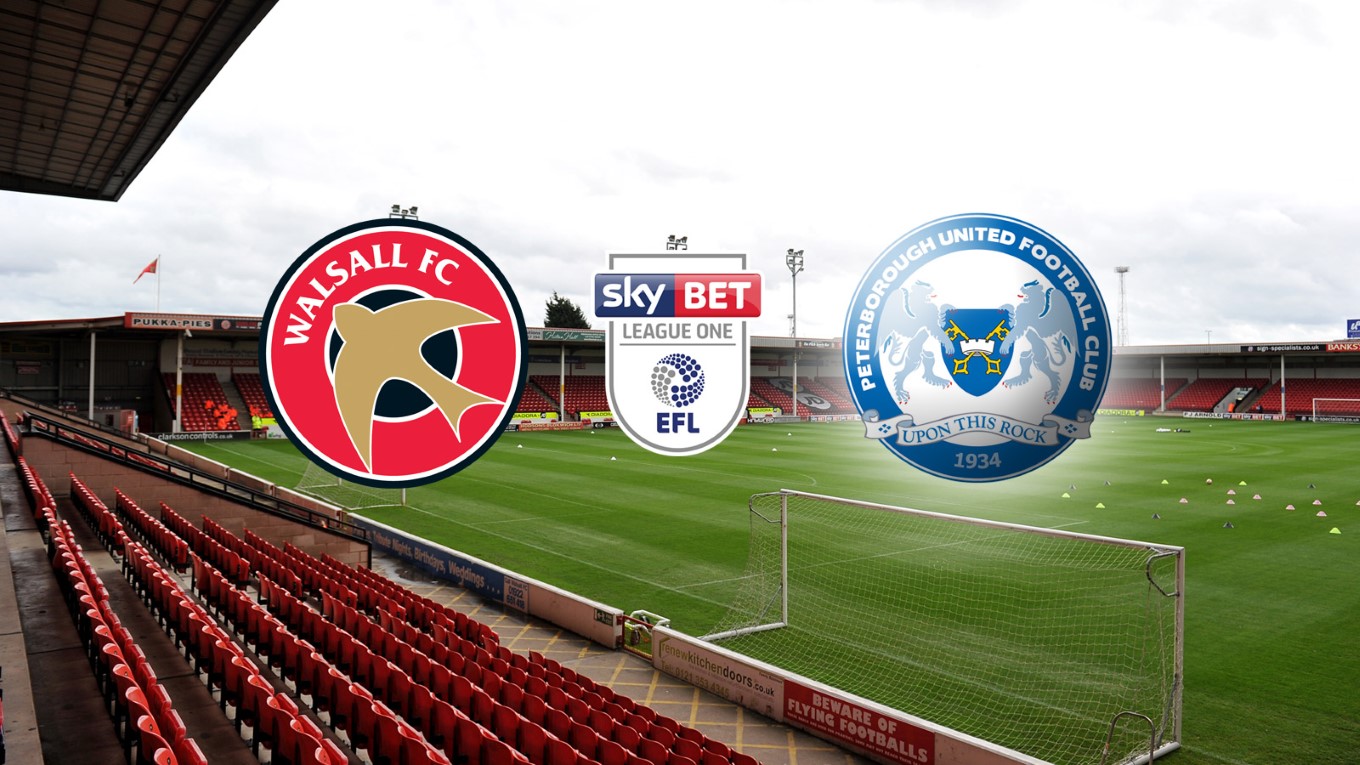 Match preview for Walsall vs Peterborough United on 27 Apr 19

Posh travel to the Banks’s Stadium to face Walsall on Saturday in Sky Bet League One action.

Peterborough United make the trip to Walsall in Sky Bet League One action on Saturday afternoon knowing that three points is vital if Darren Ferguson’s men are going to keep up their push for a play-off berth following a dramatic few days.

Walsall, like Posh, will be desperate for three points, with the Saddlers currently sitting in the relegation zone. Manager (and former Posh midfielder Martin O’Connor) has called for his side to dig in as they try and secure safety.

Posh are hopeful that central defender Ryan Tafazolli will be available for selection after missing the Easter games due to injury. Tafazolli has trained this week and could be included in the squad. There are no other fresh injury worries to contend with for Posh.

Walsall are expected to make changes following the fixture with Southend United and the recent defeat to Accrington Stanley. Morgan Ferrier should lead the line alongside Andy Cook, who Darren Ferguson has identified as a major threat.

“Walsall will get the ball into the box so we will have to deal with crosses as they are a physical threat. They, like ourselves, need the three points so both sides will go for it and it should be an end to end encounter, but we have to remain calm and focus on how we can influence the game,” Darren Ferguson said.

“I am one of those people where my glass is half full and I’ve been the same all week as we’ve prepared for Peterborough. We have done our sessions, we have worked on offensive patterns to try and get some creativity into the team. But I think the team will pick itself. I’ll look them all in the eye and I will see who is up for the battle,” O’Connor said.

At 9am on Friday, 857 tickets had been sold for the clash with the Saddlers but fans are able to pay on the day, albeit with a £2 price increase. Tickets will be on sale at the ABAX Stadium Box Office until 1pm on Friday.