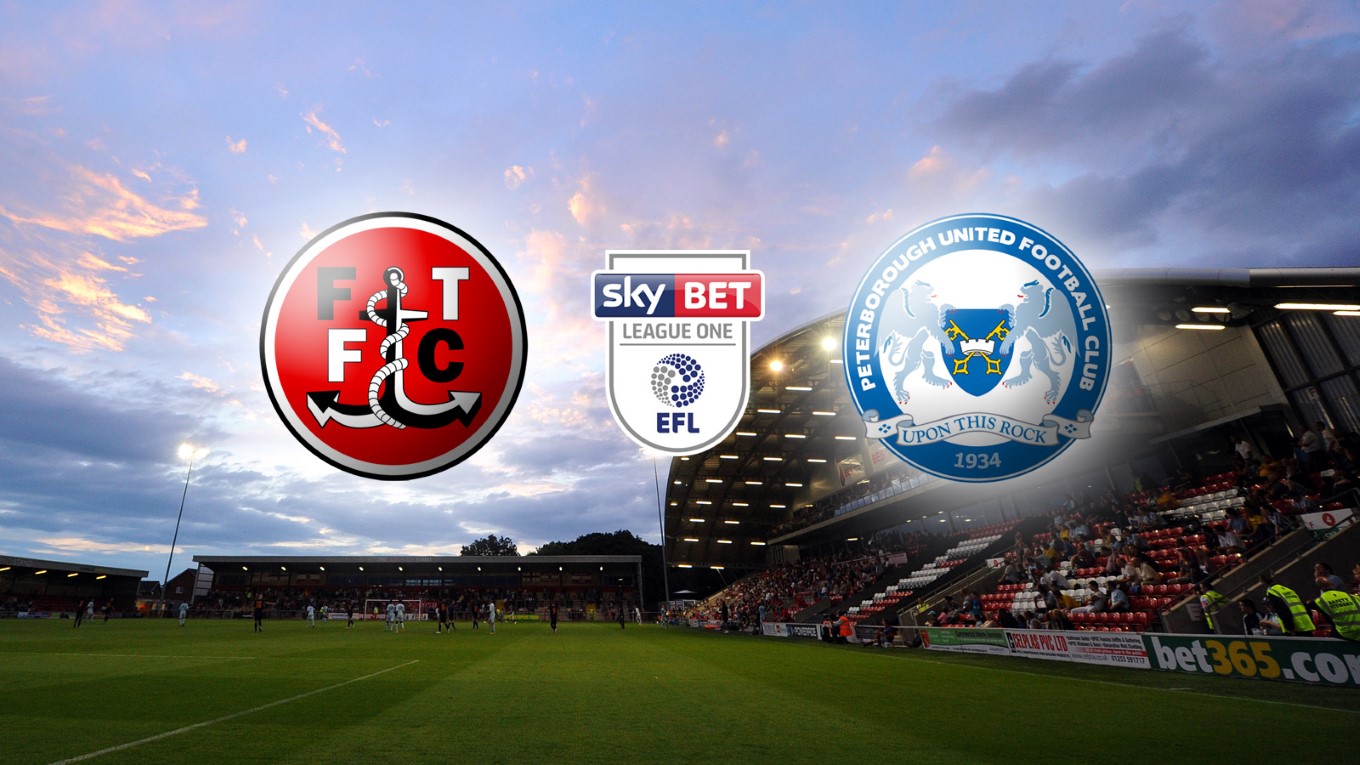 Peterborough United make a second trip to the North West in a row on Good Friday with Fleetwood Town providing the opposition at Highbury (3pm) as Darren Ferguson’s men look to keep up the pressure on Doncaster Rovers who currently occupy the final play-off spot in Sky Bet League One.

Posh have won the last three games, keeping clean sheets in all of them and will travel in good spirits and with Doncaster travelling to Sunderland and kicking off two hours after Ferguson’s men, the pressure could be ramped up on Grant McCann’s men with a victory.

Fleetwood have had an interesting seven days and nothing is for certain going into the game on Good Friday with regards to their manager Joey Barton who was involved in a reported incident with Barnsley boss Daniel Stendel at Oakwell last Saturday following the final whistle.

Posh are waiting on the availability of influential attacking midfielder Marcus Maddison who has a sore throat while Ryan Tafazolli and Ben White are both rated as doubtful. Tafazolli suffered a knee injury in the 1-0 win at Blackpool while White is struggling with an ankle complaint.

Fleetwood lost the appeal against the red card issued to Harry Souttar in that defeat to Barnsley. He was shown a straight red for an alleged elbow and will miss three matches including the clash with Posh.

“Joey Barton is not going to line-up in their team so it is not something that is going to affect us whether he is in the dugout or not on Friday. We are concentrating on our game and trying to get a victory. By keeping clean sheet’s, we are giving ourselves a platform to win football matches and we have players at the top end of the pitch to score goals,” Ferguson said.

Tickets are on sale until 1pm on Thursday at www.theposhtickets.com, via the Ticketmaster hotline 0844 847 1934 (calls cost 7ppm plus your network access fee) and in person at the ABAX Stadium Box Office. Posh had sold 236 tickets at 9am on Thursday. The game is not all-ticket and there is no price increase on the day.

Posh will be in all blue for the fixture.

The game is not available to watch on iFollow in this country.